The Paris city guide by Parisians

Paris city guide with up to date information to best prepare for a trip. Paris facts and news. Paris fashion facts. Monuments. Sights. History. Maps. Paris Digest is edited by Parisians since 1997. News, questions and answers on Facebook.

This guide helps you make the best of your trip to Paris: things to do, restaurants, hotels, nightlife, sport, maps.

Endless sightseeing is the top reason why Paris is year after year the number one tourist city in the world.

Shopping and fashion are the second top reason so many people the world over love the city, a shopper paradise.

Since 508 A.D, the city of Paris is the capital of France, the largest country of Western Europe. Facts and information.

Hotel D'Aubusson is a 17th-century private mansion set in the heart of the left bank. The five star hotel offers an interior courtyard with a fountain. Guest rooms feature original beams, antique furniture and a fireplace made of Burgundy stone. Some suites feature a four-poster bed and a view of the courtyard with its marble statues. Each room at Hotel D'Aubusson has a marble bathroom, a coffee machine and high-speed WiFi. English breakfast is served every morning.

This city guide has a selection of the best hotels in Paris. 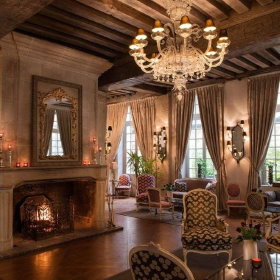 The city is so diversified each season is great. Plan your trip in fall or winter if you want to best enjoy city life. December, Christmas and New year add the magical illuminations on Champs-Elysées. Shopping is top during the sales season in January and June. Outdoor sightseeing is best in May, June and September, when the weather is normally rather sunny and dry. In the summer, the weather is warm and traffic less intense, specially in August when many Parisians are on vacation. But touristic sights are crowded and life in the city is at a minimum, specially between August 1 and 15. Avoid the touristic season.

Rugby World Cup 2023 in Stade de France or Paris Olympics 2024 will be wonderful occasions to come to Paris. 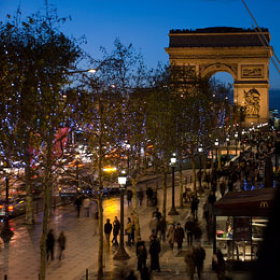 Champs-Elysées are illuminated in winter

Enjoy top restaurant in the city

His cuisine is derived from the dialog between his passion for Asia and his respect for French cuisine tradition. The ingredients and the flavors are decisive. He combines them in total freedom, depending on his inspiration. For William Ledeuil, food is a game of extreme rigor which means he can’t take himself seriously. Set menu start from 29 (KGB) to 40 euros (Ze Kitchen Gallery. One Michelin star) at lunchtime. We are regulars.

This city guide has a selection of best restaurants in Paris. 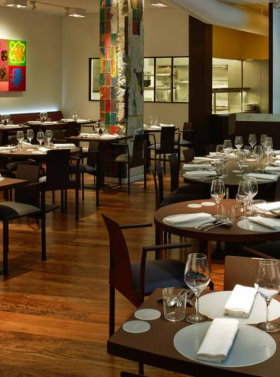 Disneyland Paris is the second most visited sight in the city and the most visited theme park in Europe. It is a must for families with children and entertains all ages. An off season visit is hightly recommended as the park is often crowded.

Disneyland Paris is connected to downtown by metro. To best visit Disneyland and the city, stay in Paris. Book a convenient Disneyland shuttle from the City of Lights.

Alternatively, if your trip focuses on Disneyland, you can stay at one of the many budget hotels and appartments near Disneyland Paris.

This city guide has a selection of attractions for kids including Disneyland, Parc Asterix, Musée Grévin and Aquaboulevard. 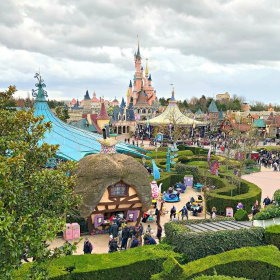 Spend a great evening in the city

Opéra Garnier is both an incredible 19th century monument and a magical venue for live performances. You will not forget a ballet performance there by the Ballet de l'Opéra de Paris. The beauty of music and dancing resonates with the magnificent theater room and its Chagall ceiling. After the performance, you may have dinner in one of the restaurants open very late into the night in this very animated district.

This city guide has a selection of nightlife and concert venues. 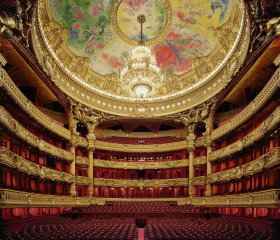 The Louvre, Musée d'Orsay, Picasso Museum and Centre Pompidou are the most famous museums of art in the city.

A relatively new comer in the city, the Picasso Museum opened in 1985 with 203 paintings and 156 pieces of sculpture from the Picasso heritage, paid as death duties.

Housed in the spectacular 1900 Orsay train station on the Seine river banks, Musée d'Orsay is the 19th century art museum of Paris. Musée d'Orsay is a must. Its impressionist painting collections are worth the trip. Monet, Van Gogh, Manet, Renoir, Gauguin and Sysley are specially well represented. Musée d'Orsay, Marmottan Museum and Giverny Monet's Gardens together turn Paris into the impressionism capital of the world.

Paris Air and Space Museum in Le Bourget Airport is one of the best air and space museums in the world. It is well known for its amazing collection of old airplanes with a special focus on French airplanes and pioneer aviators

This city guide has a selection of the best Paris museums.

Fondation Louis Vuitton was designed by architect Franck Gehry, a Pritzker prize winner living in Los Angeles. Franck Gehry is most of all known in Europe for the Bilbao Guggenheim Museum. He has also designed the Cinématheque Francaise in the city.

This city guide has a selection of the top Paris monuments. 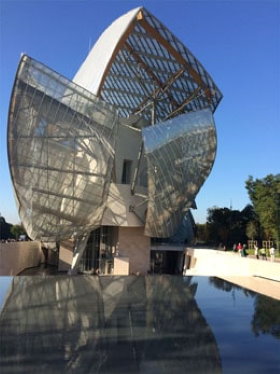 Planning your trip to the city, save a day for visiting the lovely French countryside. Your city guide has many suggestions of tours. One idea is to discover the world famous Champagne wines, produced from grapes grown in Champagne, an old French region 145 kilometers east of the city.

A coach tour to Champagne and back takes a day. Begin with a guided visit of the cellars of the famous Mumm Champagne house. Taste the well-known Mumm Cordon Rouge, one of the most popular sparkling wines in the world.

Continue with a tour of Reims's Cathedral, a UNESCO World Heritage site and an extraordinary Gothic cathedral. Explore Reims and enjoy lunch in a restaurant there.

In the afternoon, discover the rolling countryside, the villages, forests and vineyards. Visit Mercier, a house founded in 1858. Travel by automated train to a depth of 100 feet to visit the huge cellars, finish the tour with wine tasting. 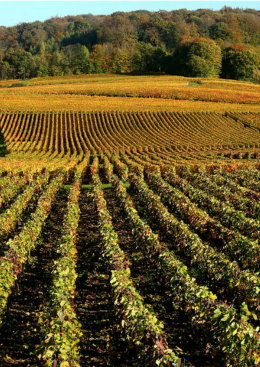 French fashion sets the trend worldwide for men and women. Paris remains the capital of fashion it has been since the 18th century. Iconic brands such as Louis Vuitton, Chanel, Hermès perpetuate the Parisian style that turns all women into models. All these fashion brands are based in Paris. Many lesser known French fashion brands such as Cyrillus, Armor Lux, Tara Jarmon, Comptoir des Cotonniers, Sézane, turn Paris into one of the most creative fashion cities in the world. Find the best French fashion. 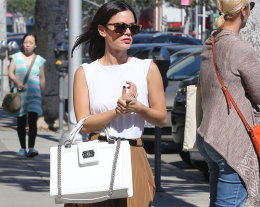 The French Kings, who governed France, from 448 until 1848, commissioned famous monuments, such as the Louvre Palace, the Invalides and Versailles Palace.

In 1806, Emperor Napoléon commissioned the Arc de Triomphe at the top end of the Champs-Elysées. The Eiffel Tower was designed for the 1889 world exhibition to celebrate the progress of technology.

Over the centuries, faithful Parisians built beautiful churches, including Notre-Dame Cathedral and Sainte-Chapelle in 13th century and Sacré-Coeur in 19th century.

The original Statue of Liberty in New-York City was a gift from France to America in 1886, designed and moulded in Paris. 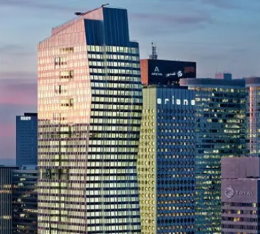