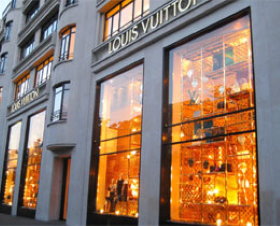 Most shops are open 7 days a week from 10am to at least 9 or 10pm (can be 12pm). On Sundays, many shops open at 12am. The Champs-Elysées have mid-size shopping malls, extending the shopping area. Visit Elysées 26 (26), Galeries du Claridge (74) Fnac, Arcades des Champs-Elysées (78) with Starbucks. 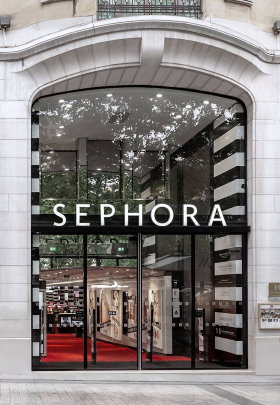 In 2019, the Galeries Lafayette Group, famous for its Haussmann Boulevard Department Store opened a new department store at 60, Champs-Elysées, in a splendid Art Déco building, previously housing a Virgin Megastore which closed down. The store, spectacularly redesigned by Bjarke Ingels, has a choice of of 600 brands and 300 designers. The four story store sells fashion, beauty and perfumery products, delicatessen. A restaurant, Citron, and an army of personal stylists complement what should be a new shopping experience in the city. 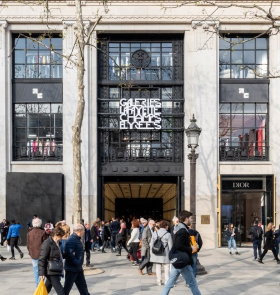 In 1914, the House of Guerlain arrived at 68, Champs-Elysées, on the avenue that had became known as the most beautiful avenue in the world. Construction work took place in 1914, led by architect Charles Mewès, the designer of the wolrd famous Ritz hotel in Place Vendome.

In 2013, Guerlain remodelled the historic store, upscaling the boutique to become one of the best stores in the city to experience the French art de vivre.

Champs- Elysées is the name of a famous Guerlain perfume. 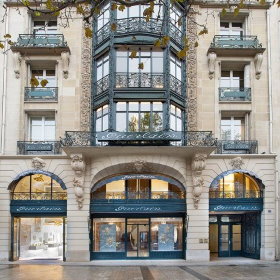 End 2017, Pierre Hermé, the famous French pastry chef, opened his first Parisian tea room at 86, Champs-Elysées. This new concept store is shared with the famous perfume brand l'Occitane. The vast refined space of 750 m2 is capped with a gigantic vault. The pastries, including Isfahan, the mythical macaroon, are presented on a huge oval counter. Visitors can buy pastries to take away, eat them on the spot with a cup of tea or coffee. There is a light salty menu. This expensive place is already an icon of French contemporary Art de Vivre. Open daily 7.30am to 11.30pm. 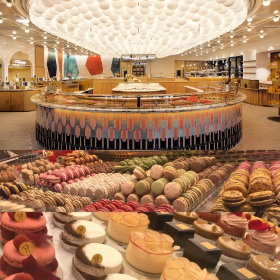 Opened in 2005, the store’s design by Carnondale alone is worth a visit, never mind all the beautiful bags, shoes, couture clothes and exquisite jewels. The design concept included demolishing the existing interior floor slabs and wrapping the Champs-Elysées shopping avenue inside the building by re-constructing a continuous 4-level spiral of shopping terraces. Visitors never need to walk up or down traditional stairways and are in constant contact with the products and views of Paris. The dome of the Art Deco facade rises high above the avenue. The 1914 building is listed as a Historical Monument. 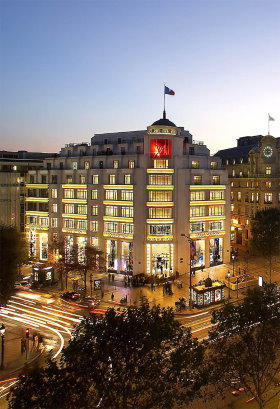 In a 5500 m2 building purchased for 600 million euros, the Apple store opened in November 2018. It features a glass ceiling at the centerpiece of a huge forum. The ceiling filters natural light through micro-perforated aluminum panels while capturing the solar energy needed to power the store. The store also features a collaboration of Apple with Hermès, designing the wristbands of the new Apple Watch Series 4. An entire room will be dedicated to the creations of Hermès. 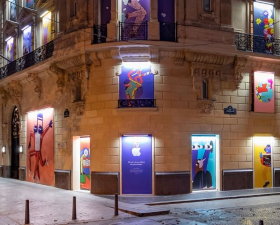 L'Alsace is probably the best choice. Like all brasseries in town, l'Alsace serves sauerkraut, seafood, beer and Alsace wines. The restaurant is open 24/7 seven days a week. The good two course menu at 19.90 euros is served for lunch and dinner. There is plenty of choice à la carte, but it will naturally cost extra money.

Ladurée (75) is a good tearoom. You can have there beverages and pastries as well as eat snacks. 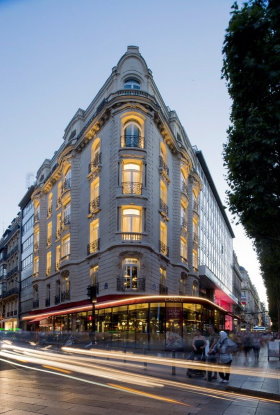