Paris facts and information. Paris is the capital of France and the largest city in continental Europe. The euro is Paris currency, Its official language is French. Its time zone is CET (Central European time). The Eiffel Tower, Mona Lisa, Monet's paintings, the grave of Napoléon, Louis Vuitton, Disneyland, Paris Air Show and Motor Show are among the top attractions of the most visited city in the world. The 2024 Olympics will be held in the city. Facts for kids. Paris City guide.

1. The Eiffel Tower was the world tallest building until 1930.
2. Sainte-Chapelle was built in 1246 as a shrine for Jesus' crown of thorns, hosted in Notre-Dame until the 2019 fire.
3. The world most famous picture, Mona Lisa, is hosted in the Louvre, the largest museum in the world.
4. French King Louis XVI was guillotined on Place de la Concorde in 1793, during the French revolution.
5. The famous Louis Vuitton megastore is located 101, avenue des Champs-Elysées, one of the most expensive avenues in the world.
6. Pablo Picasso, the famous Spanish painter, lived in Paris from 1900 to 1946, mostly in Montmartre and Montparnasse.
7. Jim Morrison, the lead vocalist of the rock band The Doors, died in Paris in 1971 and is buried in Père Lachaise cemetery.
8. Hélène de Pourtalès, born Helen Barbey in New York City, was the first woman ever to won a gold medal at the Olympics games (Paris Olympics Games 1900).
9. The 1946 universal declaration of human rights was signed in Palais de Chaillot during the UN third general assembly.
10. Emperor Napoléon was buried in Les Invalides in 1840. His tomb attracts 1.2 million visitors yearly, 70% international.

Paris facts: Mona Lisa is in the Louvre Museum.

Paris facts in a nutshell

Since 508 A.D, Paris, also called the City of Lights, is the capital of France. France is a member of the European Union, the largest country of Western Europe with 550 000 km2 and the second country in population behind Germany with 66 millions inhabitants. France facts. 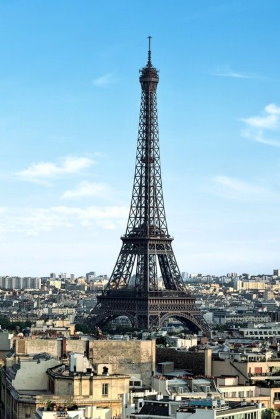 Paris facts: the Eiffel Tower is 324 meters high with her antenna. 7 million people visit it yearly.

The French Kings, who governed France, from 448 until 1848, commissioned famous Paris monuments, such as the Louvre Palace, the Invalides and Versailles Palace.

Over the centuries, faithful Parisians built beautiful Paris churches, including Notre-Dame Cathedral and Sainte-Chapelle in 13th century and Sacré-Coeur in 19th century.

Paris facts: few people know Jesus' Crown of Thorns is in the City of Lights since 1238. It was visible in Notre-Dame Cathedral every first Friday of the month at 3pm.

Paris, the capital of France 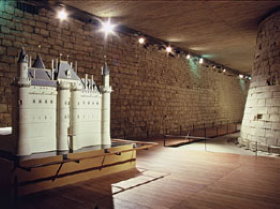 Facts: the city walls built under King Philippe August (1190-1215) are visible in the basement of the Louvre.

In 2019, 50 million tourists visited the city and its region. The city remains year after year the most visited one in the world ahead of London and New-York City. The top reason to come are sightseeing and shopping. 393 000 people work for tourism in the city, the largest Airbnb market in the world.

The top sights. 2019 facts and figures in million visitors. 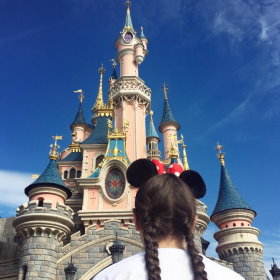 Disneyland is the only Disney Park in Europe and 2nd most visited sight in the region. Disneyland Paris facts

Many singers romantically sang the city of love. The songs are in English or French. Some recent videos show well the true city, as Parisians live it. Pay attention to the newcomer, Rémi Fa. Twenty years in Paris, ten years in Berlin, now in Barcelona, Rémi Fa, released his first album in 2020 as the inspired representative of the so called bobo generation. 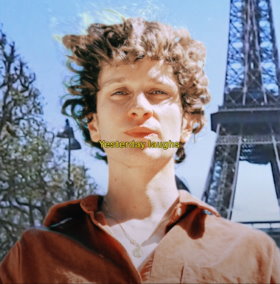 With inspired songs, Rémi Fa was the 2020 newcomer

The Eiffel Tower is 324 meters tall. At its construction, it was the tallest monument in the world, a title it held for 41 years until the Chrysler Building in New York City was finished in 1930. Due to the addition of a broadcasting aerial at the top in 1957, it is now taller than the Chrysler Building by 5.2 meters. It is still the tallest monument in the city.

The Louvre Museum is the world's most visited museum with 10 million visitors in 2018. It is also the world's largest museum. Nearly 35,000 objects from prehistory to the 21st century are exhibited over an area of 60,600 square meters (652,300 square feet).

The house of Nicolas Flamel, at 52, rue de Montmorency is the oldest in the city. It was built in 1407 by Nicolas Flamel a scrivener and an alchemist who claimed that he had made the Philosopher's Stone which turns lead into gold, and that he and his wife Pernelle had achieved immortality. The ground floor now houses the Auberge Nicolas Flamel. 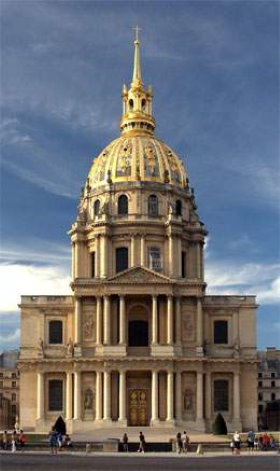 Paris facts: Les Invalides were commissioned by Sun King and house the Tomb of Emperor Napoleon.

The city is 9 miles East to West, 6 miles North to South, giving it an area of 33.5 square miles, 86.7 square kilometers. The city is 34 meters above sea level.

The highest hill is Montmartre at 128 meters. At the top of Montmartre, the dome of Sacré-Coeur is at 200 meters. 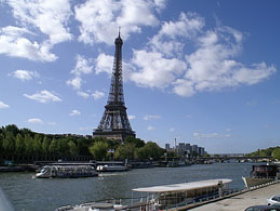 Paris facts: the Seine flows 13 km through the city. Top sights are seen from the Seine river. Seine river map

There are 6 million jobs in the Ile de France region for a GDP of 612 billion euros (83% in services), the largest of any European region. 75% of multinational companies with over 500 employees chose the city to locate their European head office, many of them in La Défense business district. The city has the highest concentration of headquarters of the 500 largest international companies in Europe. Lesser known, many start-up companies settled in downtown, attracted by Paris workforce quality and her lifestyle. Station F is the world's largest start-up incubator. The city is among the top exhibition and congress cities in the world. The biennial Motor Show is the most visited in the world and the Air Show Le Bourget is a biennial world class event.

Paris is the economic capital of France. With a GDP of €649 billion, it accounted for 30% of the wealth generated in France in 2014 and its weighting in the overall French economy has increased in recent years. The Greater Paris Region is also the no. 1 economy in Europe and accounts for around 5% of European GDP. The region’s economy displays the specific characteristics of a large global city. The economy is largely based on the tertiary sector which accounted for 87% of added value generated in the Greater Paris Region. The weight of the tertiary sector is 10 points above the average for other regions (75%) and this is largely due to the presence of major company headquarters and the scale of both the financial and business services sectors. However, there is much less industrial activity in the Greater Paris Region than in the rest of the country. Due to its size, its economy and its diverse infrastructure, Paris and the surrounding region form the natural destination for major companies – be they French or international. In 2016, the Greater Paris Region was the 2nd largest centre for investment in Europe after London. The region was also ranked 5th in the world. 29 of the 31 largest French companies have their headquarters in the Greater Paris Region and generate an annual revenue of over $2 billion. A third of the top 500 global companies have a head office in the region. Globally, Paris is ranked third in terms of the number of major companies and is number 1 in Europe, placing it ahead of its main competitors such as London or New-York. Even with a strong tertiary focus, the Greater Paris Region’s economy is diverse and includes major companies that are leaders in their field such as aeronautics/aerospace, information technology, telecommunications, bio-technology and science as well as the environment.There are also many industrial companies that are either headquartered in Greater Paris or have production sites in the region. The region is also a hub for international trade in France and, in particular, is the entry point for imports into France. The region alone accounts for a quarter of all imports and around 20% of the country’s exports. Even though the majority of trade is with European countries, the United States and China are also among the region’s preferred economic partners. In terms of business activity, on the one hand there are the major French groups in the CAC 40, virtually all of which are located in Paris, which generate most of their turnover internationally (around 75%). On the other hand, there are around 13,000 foreign companies which account for around half a million jobs in the region (16% of employment). Amongst these foreign companies, the most common nationalities are British, German and American.

Administration of the city facts

The city is divided into 20 arrondissements numbered 1 to 20. The first arrondissement contains the Ile de la Cité, the Louvre and Les Tuileries Gardens.

The other arrondissements spiral from there in a clockwise direction. A zip code such as 75004 indicates Paris, 4th arrondissement. Check map of Paris Arrondissements with top sights. The large Hotel de Ville is the administrative heart of the city since the Middle Ages. The facts are that the 20 arrondissement city halls have very limited power. 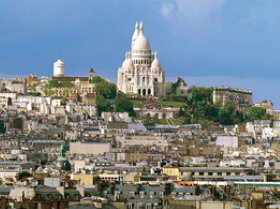 This web site has over 200 detailed pages of up to date facts and information on the city. Check among them: 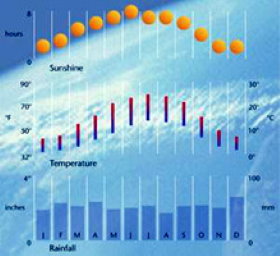 Paris weather facts: there is not really a rainy season

The image of the city is mixed. On one hand, it is the world most visited city in the world, loved for fashion, elegance, good food and beautiful sights that can be discovered on foot or riding a bike, considering the number of good bicycle lanes. It is the city of love which appeals to lovers of all countries. On the other hand, strikes are relatively commun although transport strikes are now rare. Parisians are not seen as the most friendly and welcoming people. This all is partly true and only partly reflects the reality.

The city is the core of a metropolitan area counting 12 millions people and an incredible number of companies. La Défense is the largest business district in Europe. Rungis is the largest fresh product wholesale market in the world. Charles de Gaulle Airport is number 8th in the world. The city has also emerged as a welcoming place for many internet start-ups including icons such as Blablacar and Criteo. Station F is the largest startup incubator in the world. Parisians work very hard, spend a lot of time in transport, but teleworking is changing that. Most of them live outside the core tourist districts of the city. The way they live, dress, eat is still typically French and we think it will stay that way. The city is now also a multiethnic city. First second and third generations immigrants specially from Africa, Asia and Eastern Europe are everywhere visible. This very fast immigration that is not easy to integrate rapidly is accounting for the incredible diversity of the metropolitan area. Go to Sarcelles city and its Chaldean community, to Lognes city near Disneyland and its 40% inhabitants from Asian origin. You will witness that our city has become a world city where communities from all over the world live together peacefully.

The city is all that. Discover through this city guide the energy that is irrigating a fast changing and fascinating metropolitan area. Take the time to go beyond the cliché and discover a 21st century city that is a world in itself.