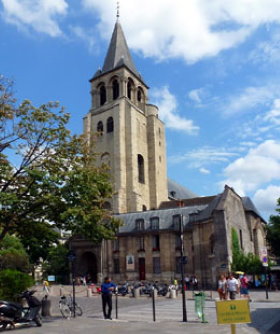 The Romanesque square tower of Saint-Germain-des-Prés dates back to the early 11th century. The church interior consists of a Romanesque nave and a Gothic choir with gilded capitals. The marble columns of the triforium are the only survivors of the 6th-century abbey church. The Saint Germain des Pres catholic community is very active including the well known Even student programme. 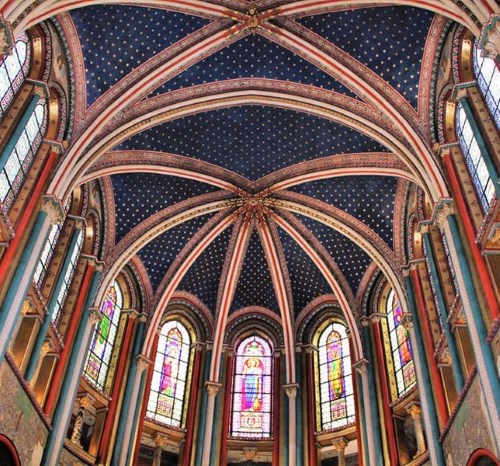 After WWII, Les Deux Magots had a reputation as the rendez vous of the literary and intellectual elite of Paris, with the patronage of Surrealist artists, intellectuals such as Simone de Beauvoir and Jean-Paul Sartre, and young writers, such as Ernest Hemingway. Other patrons included Albert Camus, Pablo Picasso, James Joyce and Bertolt Brecht. Excellent hot chocolate and sunny terrace overlooking the church. 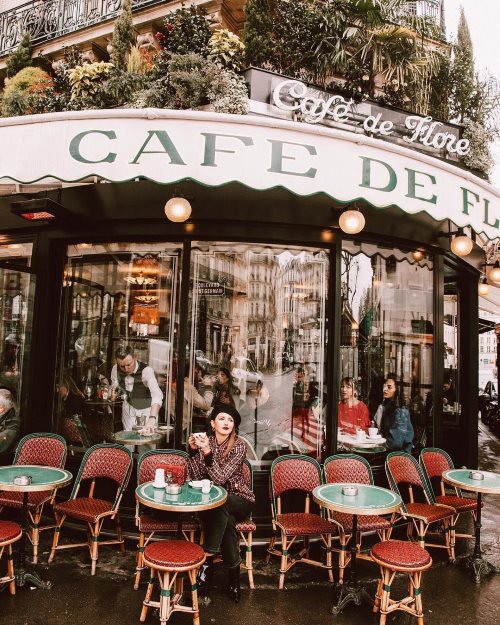 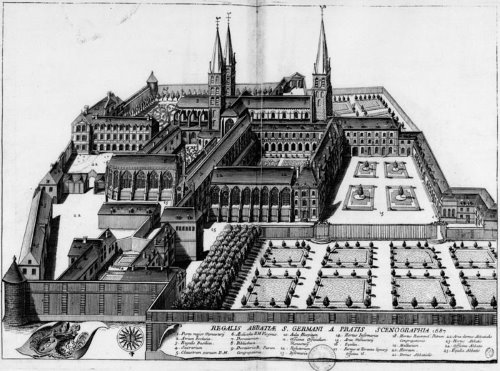 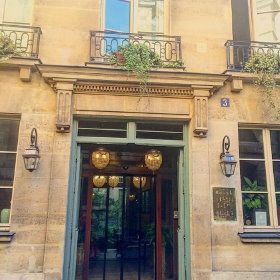 In 558, King Childebert, son of King Clovis, founded the Saint-Germain-des-Prés Abbey in the middle of meadows. It was consecrated by the bishop of Paris, Saint-Germain, who will be buried there and whose name it took in the 8th century. The abbey was at its peak in the early 9th century. It housed more than 120 monks with a very important copy of manuscripts, before being pillaged by the Normans in 885. The church was rebuilt in the 11th and 12th centuries and the monastery in the 13th century by Pierre de Montreuil, sheltered by a new enclosure surrounded by a moat. Very richly endowed from its foundation, the abbey owned or controlled several thousand hectares on the left bank. It also held the lucrative right to fish in the Seine downstream of the city.

From the 11th century, a village emerged south of the abbey. Its limit was east of rue de Hautefeuille. At the end of the 12th century, it was urbanized between the two streets that connected the abbey to the city : rue Saint-André des Arts and rue de l'Ecole de Médecine. In 1210, the walls of King Philippe Auguste cut in two the domain of the abbey. The eastern part, the parishes of Saint-André des Arts and Saint-Côme were integrated into the city. The village was limited to the parish Saint-Sulpice created around 1180. At the end of the 13th century, the village of Saint-Germain had a thousand inhabitants. Never surrounded by an enclosure, it was repeatedly looted or burnt during the Hundred Years War. In 1368, King Charles V rebuilt the enclosure of the abbey and put the ditches in water, fed by a channel from the Seine. In the 14th century, the parishes of Saint-André des Arts and Saint-Côme inside the walls of Philippe Auguste were covered with aristocratic hotels. A first fair was held in the 12th and 13th centuries. near the abbey. In 1511 a double-roofed hall sheltered 340 boxes of merchants. Both a temporary fair and a permanent market, it became, in the seventeenth and eighteenth century, a popular place of attraction and entertainment. Devastated by a fire in 1762, the buildings were rebuilt but the fair did not find its previous animation.

Queen Marguerite de Valois, first wife of King Henry IV, acquired a vast estate on the banks of the Seine, from the Porte de Nesle to today's Chamber of Deputies, on which she built her hotel in 1606. It was extended with a vast garden. At her death in 1615, the hotel was demolished and the estate sold by the young King Louis XIII. Two longitudinal streets were drawn (rue de Lille and rue de Verneuil) and six transversal streets (rue Bonaparte, rue des Saints-Pères, rue de Beaune, rue du Bac, rue de Poitiers and rue de Bellechasse). They took the paths of Queen Margot's park. The quays were covered with beautiful mansions. Further south, from 1615, Marie de Médicis had the Luxembourg Palace built with its park. Many religious and hospital communities settled near the abbey throughout the century.

In 1643, the priest of Saint-Sulpice, Jean-Jacques Olier, trained by Vincent de Paul and anxious for the education of priests, founded the Company of Saint-Sulpice whose seminar will be built by Lemercier in front of the church. He was also at the origin of the reconstruction of this one of which he wanted to make the most beautiful of Paris. The church was commissioned in 1646, but its construction unerwent many problems. It was ot completed before the end of the 18th century. The development of the quays, the construction of the College of the Four Nations (1663-1684), today's Académie Française, of Pont Royal (1685-1689), and of Les Invalides gave its definitive urban appearance to what became the noble Faubourg Saint-Germain.

During the Revolution, many convents and religious foundations disappeared. The convent of the Petits Augustins became the Museum of French Monuments, then the Ecole des Beaux-Arts in 1820. In the heart of the district, the Saint-Germain-des-Prés Abbey was closed down in 1790. The church served for sometime for refinement of saltpeter, and became a parish church in 1803. The conventual buildings, sold in 1792, served as deposit of powder. In 1794, an explosion followed by a fire ravaged the buildings of Pierre de Montreuil. The Rue de l'Abbaye passes on their site and the rue Bonaparte on that of the the abbey hospitality buildings. Haussmann opened the Boulevard Saint-Germain and rue de Rennes in 1866.