Paris Motor Show 2022, also called Mondial de l'Auto, took place from October 17 to 23 in Paris Expo Porte de Versailles. The world's most visited auto show is the place to be for car professionals and amateurs. Business in Paris.

The Paris Motor Show is one of the major car shows in the world. It takes place in October every two years (even years). The 2020 Motor Show was cancelled.

More than a million visitors discover the new cars unveiled on this occasion. The Mondial de l'Auto allows professionals and amateurs to discover the latest developments made by manufacturers. Vehicles are also available to visitors for a full-scale test. At the 2018 edition, for the 120 years of the show, an entire hall was dedicated to the Mondial de la Moto: a real return to the sources of the show! 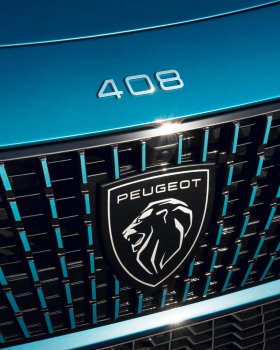 How to get to Paris Motor Show? 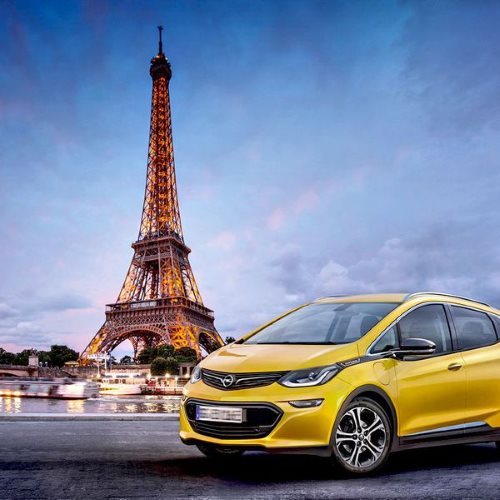 Apartments and hotels near Paris Motor Show on the map

There are good hotels near the Motor Show. Okko Hotel is located 700 m from Porte de Versailles Exhibition Center. It offers air-conditioned accommodation with free WiFi throughout. Rooms are equipped with a flat-screen TV with satellite channels. There are a Nespresso machine and an iPod dock in the rooms. They have a private bathroom. A buffet breakfast including some organic products is served daily, while snacks are available throughout the day. Appetizers are served in the evening. A bar is also available on site. Guests have access to a shared club lounge with computers, a library and local wines and beers. A welcome drink is offered. There is a fitness centre and sauna.

Consider too Mercure Vaugirard Porte De Versailles at walking distance of the Motor Show and Oceania, with an indoor pool and spa facilities with hammam. 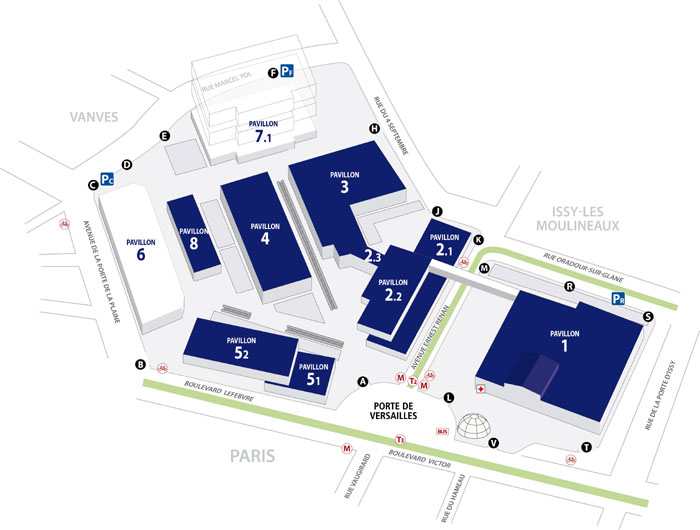 The 2018 Motor Show produced a number of highly saleable new SUV models, an all-new, seventh-generation BMW 3 Series, and public debuts for the electric responses from Mercedes and Audi to the success of Tesla’s Model 3 and Jaguar‘s I-Pace.

DS, the luxury brand of PSA group, showed its 3 Crossback, the first application of the platform that will eventually carry the new Peugeot 208 and Vauxhall Corsa. They topped that by showing the DS 3 e-Tense, the battery-powered offshoot that uses the same platform and is on course to become the first-ever all-electric Vauxhall, wearing Corsa clothing, in less than two years’ time. Citroën's good-looking C5 Aircross concept was a plug-in hybrid model, due next year, while Peugeot took ‘concept of the show’ honours with its e-Legend concept, full of highly plausible connectivity.

The Audi e-Tron and the Mercedes EQC in the show signalled that the Tesla dominance era is over. The supercars of note were Ferrari’s twin V12 retro roadsters, SP-1 and SP-2. 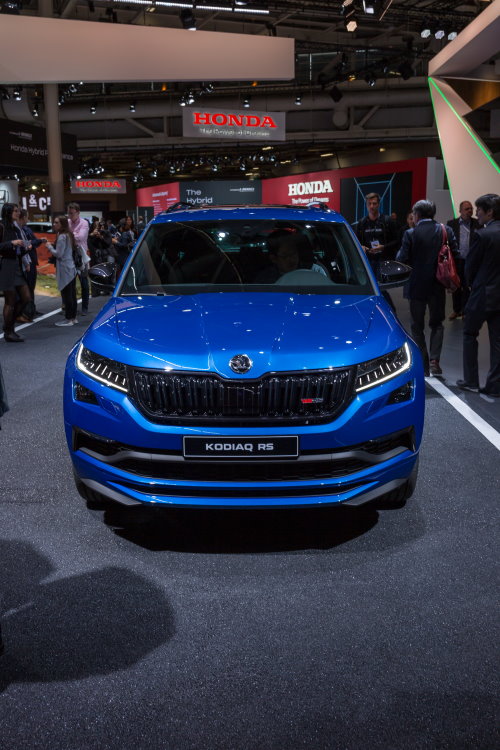 The Motor Show is called Mondial de l'Auto in French. A biennial auto show, the Mondial de l'Automobile is the most visited motor show in the world, ahead of Tokio and Frankfurt, with 1.068.194 visitors in 2018. 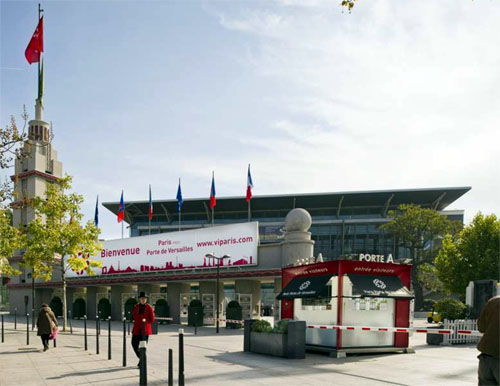 Around 1894 twenty cars were in use in entire France.

In 1898, the French Automobile Club and industry pioneer, Albert de Dion, created Le Salon de l'automobile du cycle et des sports. The international motor show opened on the terrace of the Tuilleries Gardens. Before being admitted to this show the exhibitors had to prove their seriousness by driving their cars from Versailles to Paris. The French President, who opened this motor show, did not hesitate to expose his scepticism about the future of the automobile. He left the Tuilleries Gardens using a horse driven carriage.

In 1899, this motor show was recognized as the sole and the unique manifestation of its kind. It took place in the Tuileries Gardens. The automobile was looking for its future as no technique had succeded in imposing itself: neither the steam engine, nor the explosion engine, nor the electrical one. After 1910 it was held in Grand Palais near Champs-Elysees. 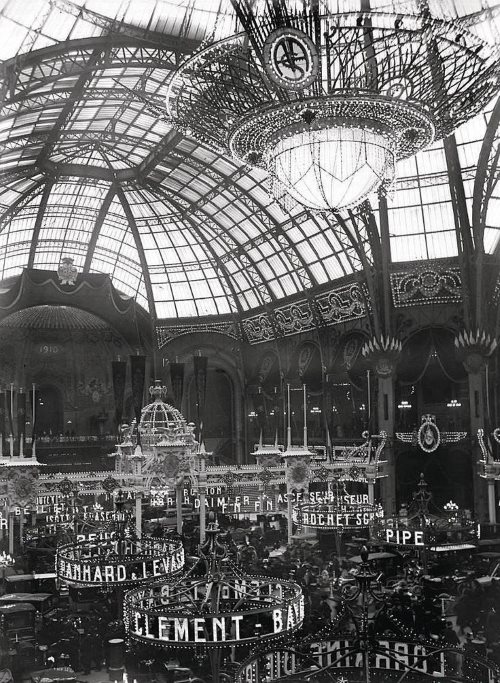