Nouvelle cuisine was launched in Paris in the 1960ies. A new approach to cooking and food presentation in French cuisine, nouvelle cuisine is characterized by lighter, more delicate dishes and an increased emphasis on presentation. Although nouvelle cuisine seems to have vanished, most gastronomic restaurants in Paris keep its basic principles. Many today add to it the mix of traditions and products from all over the world that is called Fusion Food. Paris gastronomy is the winner as great inventive cooks are plenty. Pierre Gagnaire, KGB, Ze Kitchen Gallery serve fusion food. Lasserre, Buisson Ardent, Benoit serve revisited French dishes. We test these restaurants regularly. Paris restaurant map. Paris restaurants.

This fashionable new approach to nouvelle cuisine principles is best represented by Pierre Gagnaire, one of the most famous restaurants in the world. William Ledeuil's two restaurants are marvels, a lot more affordable to many people.

One of the world top fusion food restaurants. Our favorite Michelin 3 stars restaurant in Paris. Expensive. Go there for lunch. Choose the Esprit PIerre Gagnaire menu at 160 euros.

Pierre Gagnaire is one of the most famous French chefs. He is the Head Chef and owner of the Pierre Gagnaire restaurant. Gagnaire is an iconoclastic chef at the forefront of the fusion food movement. He began his career in Saint Etienne, a mid-size towm in France, and first won there three Michelin Stars. Pierre Gagnaire changed the conventions of French cooking by introducing amazing juxtapositions of flavors, tastes, textures, and ingredients. Pierre Gagnaire gives his mission statement as the wish to run a restaurant which is 'facing tomorrow but respectful of yesterday'. 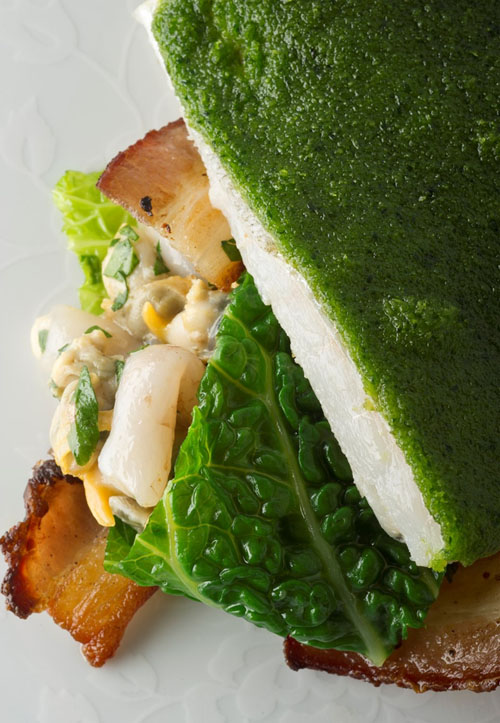 His cuisine is derived from the dialog between his passion for Asia and his respect for French cuisine tradition. The ingredients and the flavors are decisive. He combines them in total freedom, depending on his inspiration. For William Ledeuil, food is a game of extreme rigor which means he can’t take himself seriously. Set menu start from 29 (KGB) to 41 euros (Ze Kitchen Gallery. One Michelin star) at lunchtime. We are regulars. 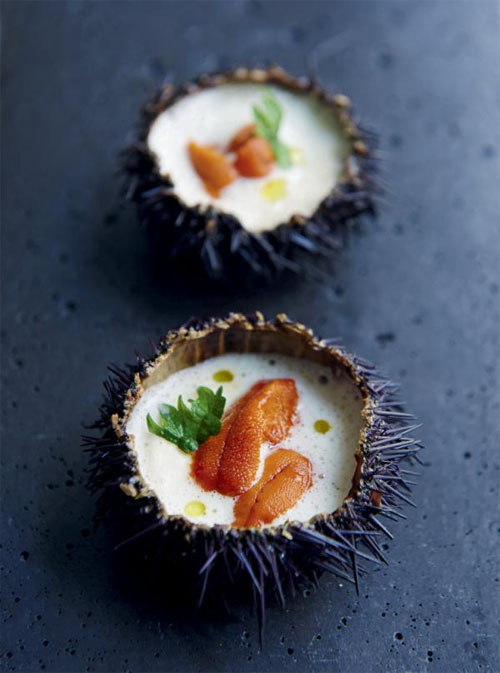 Lasserre is the perfect example of a great restaurant which applies the principles of nouvelle cuisine. Relais Louis XIII, Benoit and Le Buisson Ardent are good examples of the liberty of French cooks when preparing traditional French dishes.

Since 1942, Lasserre provides fine dining in an utmost elegant environment. Like most top end restaurants in Paris, Lasserre is a lifetime experience. The excellent service matches the dish superb taste and aesthetics.

Lasserre is certainly one of the most famous restaurants in Paris today. Lassere is located in the heart of the famous golden triangle near the Champs Elysees. From the moment you enter, you are treated as a personal guest. An elevator brings you to the intimate and elegant dining room. There, a spectacular roof opening permits dining under a canopy of sky and stars. The Chef, Michel Roth, is preparing a French gastronomic cuisine. Be part of the legend. Many famous people have dined at Lasserre including Salvador Dalí, Romy Schneider, Marc Chagall, Audrey Hepburn, Brigitte Bardot and Robert De Niro. Set menu at lunchtime costs 140 euros. One Michelin star. 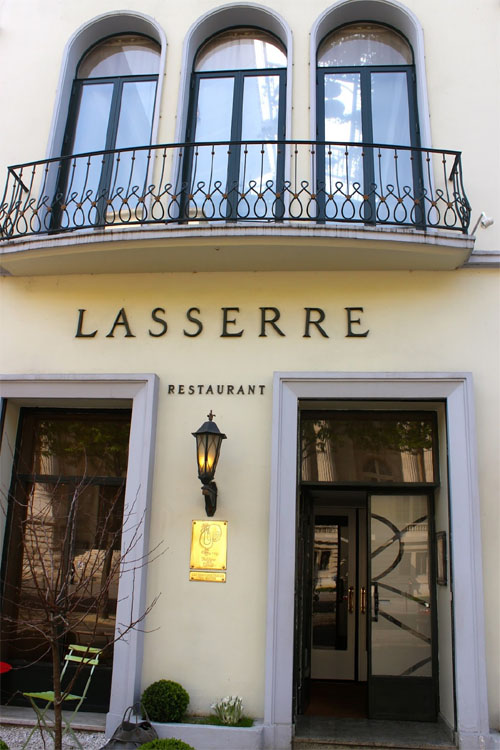 Opened in 1912 close to Notre Dame and Centre Pompidou, Benoit is the archetype French bistro. It revisits traditional French cuisine in a friendly atmosphere.

The recipes that have made the success of Benoit are cooked by Chef Fabienne Eymard: Oxtail and terrine with celery, Meuniere-style sea turbot with carrots and turnips, Pan-seared black pudding served with raw apple and mashed potatoes, Savarin with Armagnac with lightly whipped cream, Assortment of chocolate and fruit tarts. Alain Ducasse, one of the most famous French cooks, supervises Benoit and suggests Veal tongue Lucullus, Snails in the shell with garlic butter and herbs. One Michelin star. Great 39 euro three course menu at lunch time. 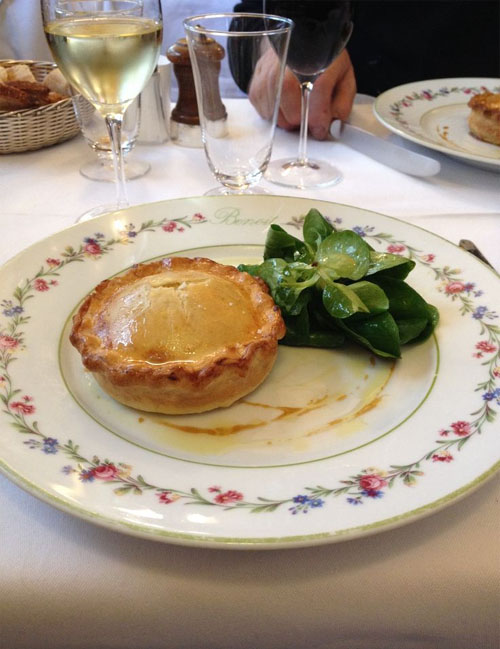 Benoit is an authentic Parisian bistro

Le Buisson Ardent is a bit off the tourist track and the proof that you can eat very well in Paris without spending a fortune.

On the left bank near Paris VI modern university, it is one of the best kept gastronomic secrets of Paris. Formerly a coaching inn, Le Buisson Ardent was turned into a restaurant at the start of the 20th century.

Combining innovation and respect for tradition that is the very spirit of French gastronomy, Chef Romain Dubois prepares a menu that brings to life the products and flavors he likes. Great 24 euros three course menu at lunch time. 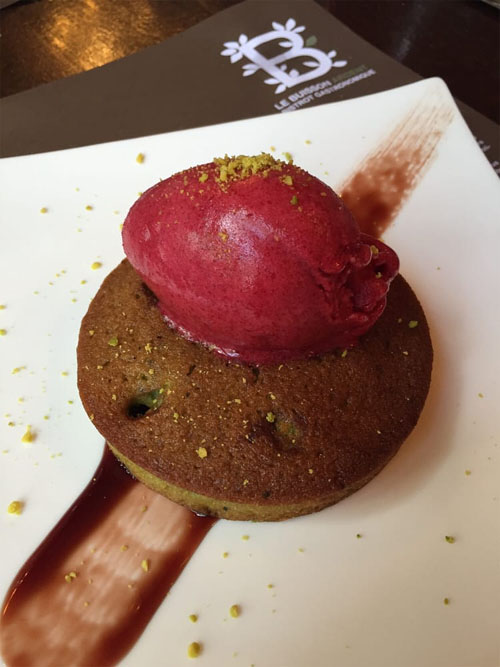 Very attached to traditional French cuisine, Manuel Martinez, the cook, revisits it and brings an elegant modernity to his classical dishes. The cook is obsessed with finding the truth in flavors, through a meticulous produce selection process. Great gastronomy. 65 euro signature menu at lunch time. 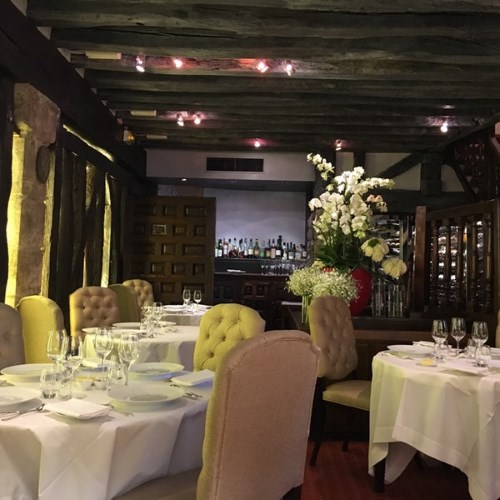