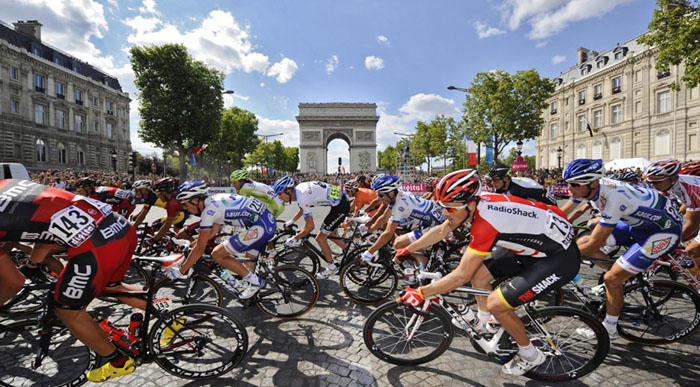 The Tour de France cycling race was back from July 1 to July 24 2022 to celebrate its 109th anniversary. The Great Loop left from Copenhagen in Denmark to finish, like every year, on the Champs-Elysées in Paris. Sports in Paris.

The Tour de France, the Great Loop in English, is a world famous cycling competition. Since 1975, the final circuit of the last stage is a loop up and down the famous Champs-Elysées in Paris. It begins with a relaxed parade and is particularly popular with sprinters who have not missed many victories. Check Champs-Elysées map. Before 1975, the runners completed their three weeks of efforts in the Parc des Princes from 1903 to 1967 and in the Vélodrome of Bois de Vincennes, east of Paris, from 1968 to 1974.

The Tour de France 2022 was of high intensity. Each stage was passionately fought with Jasper Philipsen winning the last stage on the Champs-Elysées. With an average speed of 42.03kph, the 2022 Tour was the fastest edition in history and the first Tour since 1989 where each of the three podium finishers – Jonas Vingegaard, Tadej Pogacar and Geraint Thomas – had all made the podium on a previous occasion. 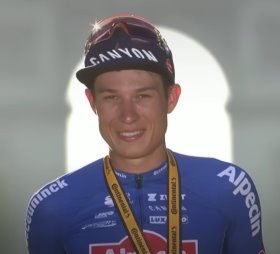 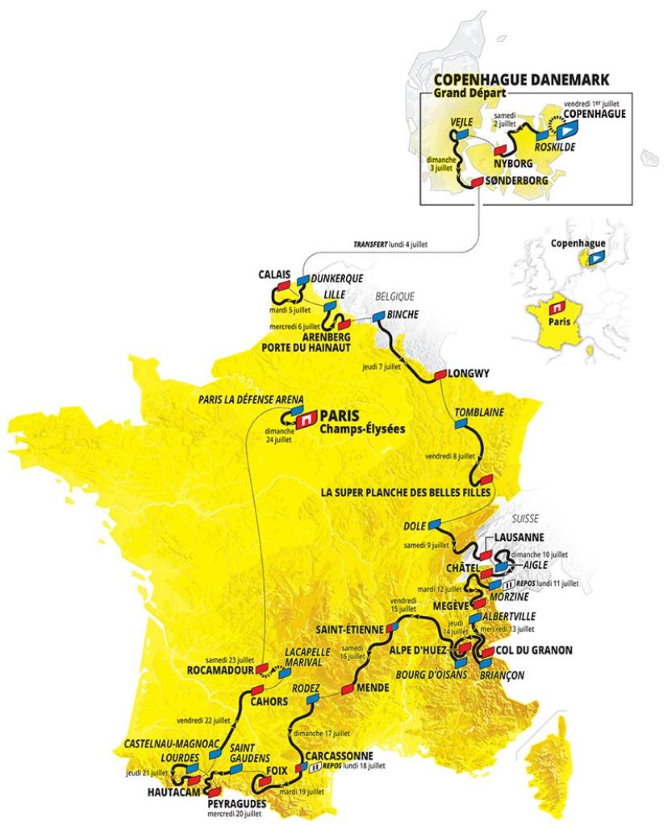 The Tour de France is a monument of world cycling.

The third sporting event in the world behind the Olympics and soccer world cup, the Tour de France, created in 1903, is a 3 week cycling race taking place yearly in July that brings together the best cyclists of the moment. Between 20 and 22 teams of 9 runners each cross the roads of France and sometimes bordering countries during the twenty stages of the event whose total distance is around 3500 km.

12 million spectators of all ages are lining the roadside to applaud the riders and party to the sound of the famous advertising caravan. 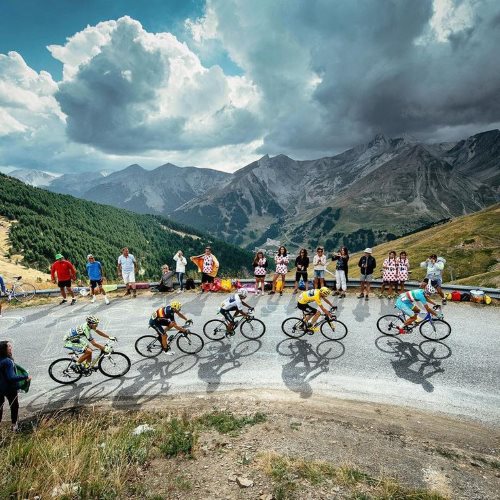 Tour de France in the Alps

In 2018, the Tour de France 21st and last stage left from Houilles in Les Yvelines and finished on the Champs-Elysées after a 115 km ride on July 29th.

Welshman Geraint Thomas officially won his first big loop. The last stage victory of this Tour de France 2018 goes to Alexander Kristoff. As usual, the beginning of stage saw the team of the yellow jersey, the Sky, afford a glass of champagne. The peloton then arrived grouped in Paris. 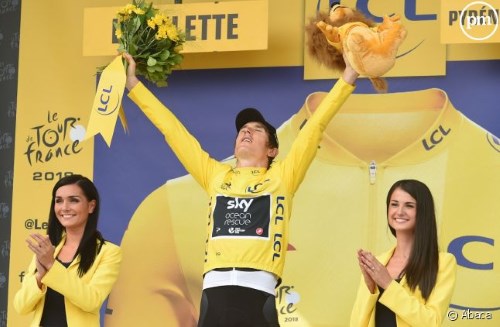 If you want to ride bicycles in Paris, you now have the convenient Velib bicycle rental system. Velib are not as fast as Tour de France, but an appreciated way of visiting the city. 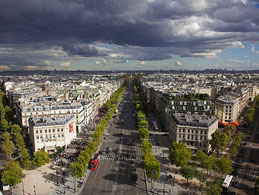