Les Halles, the most central district of Paris, are back after years of decay. A spectacular canopy now covers the Forum des Halles shopping mall, the largest in town, and the busy Chatelet-Les Halles metro hub. Bars, restaurants and clubs are plenty in the district. Le Marais, Centre Pompidou, Le Louvre, Notre Dame are within walking distance. Shopping in Paris.

The 2.5 hectare canopy roof of Les Halles is the spectacular attraction of the renovated Forum des Halles Shopping Mall. By all means, Forum des Halles is the largest central Paris Shopping Mall. Les Halles Shopping Mall has 150 stores including exclusive brands such as L'Exception, Sept-Cinq, What For, Herschel, and the greatest French and international brands such as Nike, Lego, Superdry, Muji, H&M, Zara, San Marina, Celio, Bershka. Visited by 42 million visitors in 2017, it is only surpassed by Les Quatre Temps in La Defense. 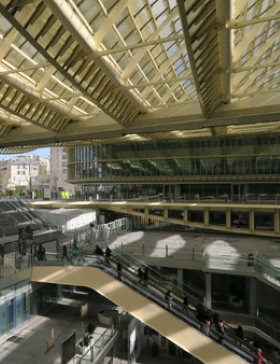 The 17 restaurants of Les Halles Shopping Mall, including the nice Champeaux brasserie by Alain Ducasse, are complemented by Paris icons such as Pied de Cochon, a brasserie open 24/24, and Chez Denise, a traditional restaurant famous for its generous dishes and good wine (no web site. 5 Rue des Prouvaires, 75001 Paris). The many restaurants and bars in the area not all of best quality. The people around don't all look nice. But, by all means, this area is the most lively and crowded in Paris 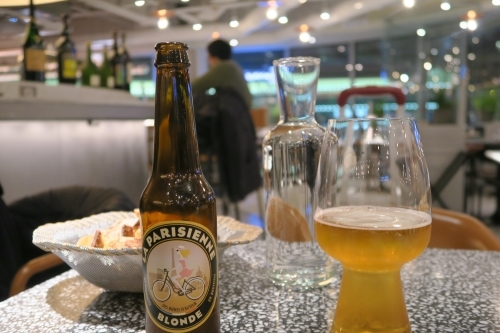 In Champaux restaurant by Alain Ducasse

Jazz clubs are plenty in the area, specially Rue des Lombards. Duc des Lombards is the best known and a mythical jazz venue. It has welcomed the greatest artists and young talents. They come to Duc des Lombards to share their music with an informed public and to confront other musicians. A true temple of jazz life, well conceived and organized to transmit the love of music. 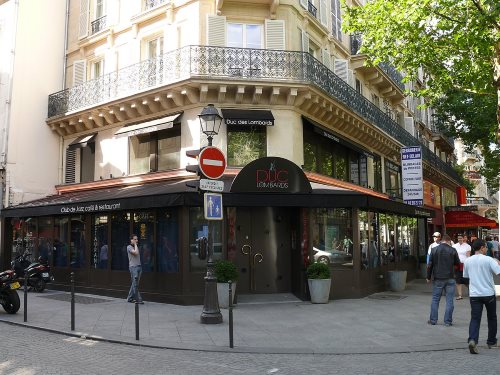 The quality of hotels in the district is improving quickly.

Located in a pedestrian street, Hôtel Le Relais des Halles Paris is one of the top hotels in Les Halles. 500 m from Centre Pompidou, it offers individually decorated rooms with free Wi-Fi access and an antique-style décor. The air-conditioned rooms and suites feature a wardrobe and a private bathroom with a shower, free toiletries and a hairdryer. Breakfast is served every morning at Hôtel Le Relais des Halles Paris. Facilities for making tea are provided in each accommodation type. 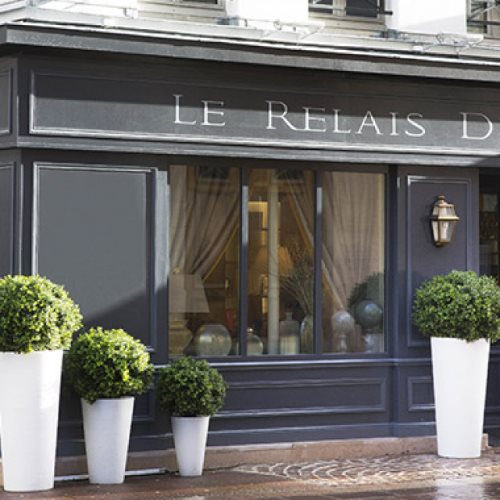 One of the most interesting stores of Forum des Halles is dedicated to the Lego brand. Lego celebrates the city and French culture with unique brick creations representing the symbols of the City of Light. It has used bricks to create famous cakes, an iconic dress designer, a painter and, a famous writer and top monuments of the city such as Notre Dame Cathedral. The store is devoted to discovering the Lego world, with games, augmented reality experiences and exclusive product launches. 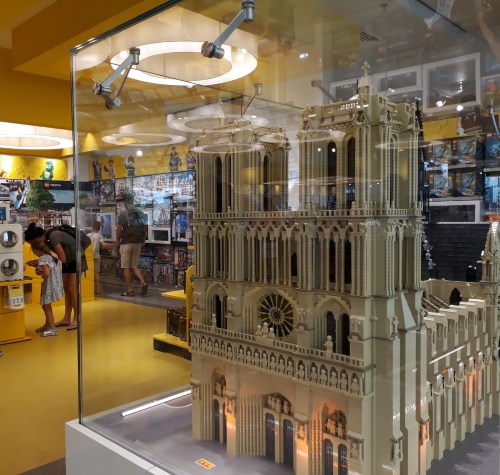 Les Halles district was since the Middle Ages living from its wholesale market, the main one in the city of lights.

It all started in 1183. King Philippe Auguste then enlarged the existing marketplace and built a shelter for the many merchants. They came from all over France to sell their wares, including among other items cattle, fish, fruit and vegetables to feed an already very large city for the time.

The circular Corn Exchange was built between 1763 and 1769 at the west end of Les Halles and converted into the still existing Bourse de Commerce in 1889.

In the 1850s, Victor Baltard designed the famous glass and iron buildings, Les Halles, which would last until the 1970s when the wholesale market was transferred to Rungis.

Les Halles de Baltard are still today a much regretted part of the city. One pavillion was saved and now stands in Nogent Sur Marne close to Paris. Information on Pavillon Baltard. 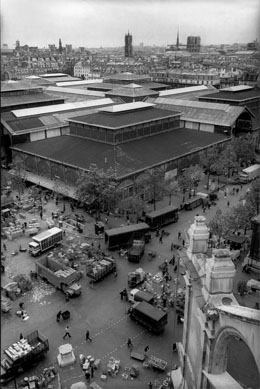 Visible from the Shopping Mall, Saint Eustache was the main church of Les Halles wholesale market district. Built between 1532 and 1632, it has a Gothic facade and a Renaissance and classical interior. The organ of Saint-Eustache is the biggest pipe organ in France. Its resident organist gives a free concert on Sunday afternoons. In keeping with its tradition of classical music, the church hosts performances all year round. Saint Eustache is altogether one of the most interesting churches in the city. 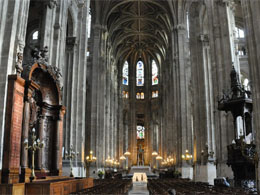 Saint Eustache is the second tallest church in Paris

Les Halles, the heart of Paris

Les Halles has been Paris' wholesale market from 1183 to 1971. It was also the heart of Paris as a central and lively district. Les Halles are fully back since 2020 with the Canopy, the shopping mall, the giant metro station, Saint-Eustache chuch, the second largest in Paris, la Bourse du Commerce, a 19th century building that is going to be converted into a contemporary art museum, the Rue des Lombard music clubs and Rue Montorgueil market street.

At walking distance of Louvre, Notre Dame and Centre Pompidou, organized around a pleasant garden, Les Halles has everything to become an icon of international tourism.

The renovation works still in progress make it difficult to recommend it today as prime choice. Places to visit in Paris. 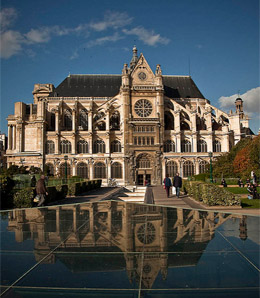