AccorHotels Arena is the new name of Palais Omnisports de Bercy, the Paris sports and concerts arena still referred to by parisians as Bercy. The final of the Men's Handball World Championship of January 29th 2017 was one of the great events that happen there. Sports and music are at home in AccorHotels Arena, the largest arena in France. Sport in Paris.

AccorHotels Arena is a polyvalent indoor sport and concert arena in Paris on the model of NYC Madison Square Garden. It reopened in October 2015 after heavy renovation that turned it into one of the best arenas in the world. The basket-ball competitions of the 2024 Olympics will be held in AccorHotels Arena.

There are two web sites for tickets and programmes: Ticketmaster web site or AccorHotels Arena website.

AccorHotels Arena, formerly known as Palais Omnisports de Bercy (POPB), is the venue of 120 concerts and sport events per year, including the Paris Masters. Located in Bercy district of 12th arondissement, AccorHotels Arena has an original pyramid shape. AccorHotels Arena is completely covered by lawns. The seating can vary from 8,000 to 20,000.

The AccorHotels Arena district is quite pleasant for a stay: easy metro connection to Paris sights, large Bercy Park, the Cinemathèque Francaise, the banks of the Seine river and Bercy Village, the lovely Bercy restaurant and shopping area. 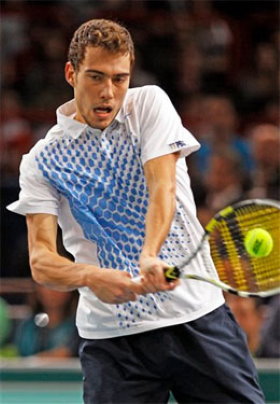 Hotel Pullman Paris Bercy is a rare contemporary hotel 1000m from Accorhotels Arena through Bercy Park. It is also a 5-minute walk from Cour Saint-Emilion, its metro station with easy connection to many sights, lovely shops and restaurants. Guests have free access to the sauna and fitness room. Free Wi-Fi is provided in the spacious guest rooms. Each room has a large bay window, an LCD TV, a desk, tea and coffee making facilities and mineral water. 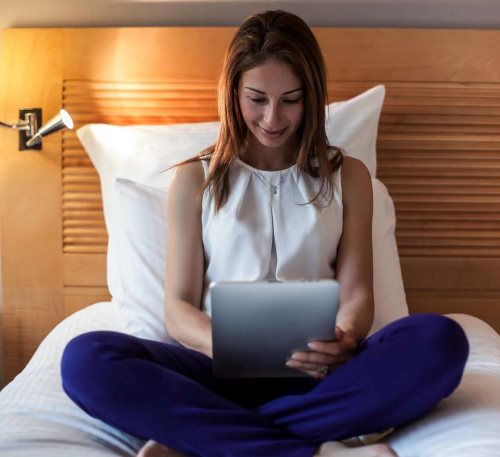 Apartments and hotels near AccorHotels Arena on the map

Quite different from Hotel Pullman, Grand Hotel Doré is a simple, affordable, very Parisian boutique hotel in a no tourist district. It is a 10-minute walk from AccorHotels Arena. The rooms at Grand Hotel Doré are decorated in a simple style and include satellite TV. They also have a private bathroom with free toiletries. Additional services at the hotel include a daily breakfast and a lounge. Daumesnil Metro Station is 250m away. 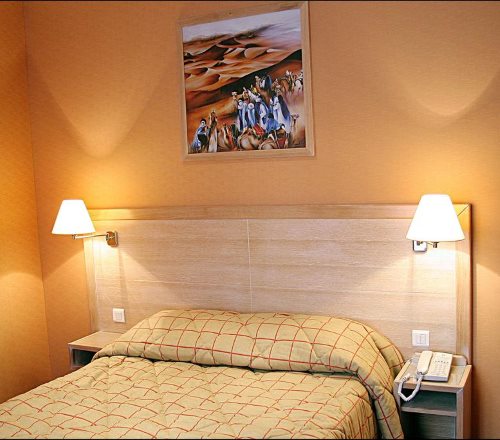 Mercure Gare de Lyon is a modern and confortable hotel near Gare de Lyon train station, a central location as it is a metro hub. The area is lively with brasseries including the famous Train Bleu, an Art Nouveau restaurant right in the station. The hotel is a 10-minute walk to AccorHotels Arena. The rooms have free Wi-Fi and coffee making facilities. The air-conditioned rooms are light and airy and have a flat-screen TV with satellite channels. A work area with free Wi-Fi, printers and refreshments is available. 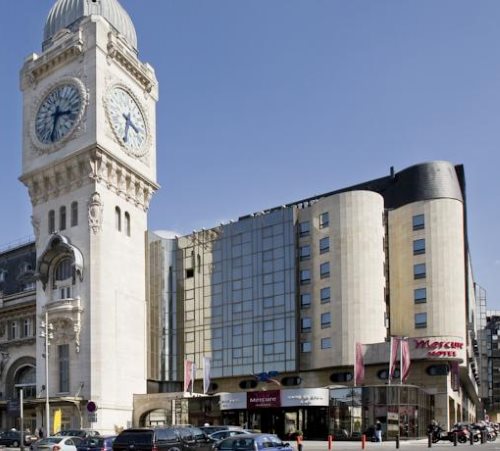 Hotel with car parking and pool

Novotel Gare de Lyon is a modern and confortable hotel situated too near Gare de Lyon train station. The hotel is a 10-minute walk to AccorHotels Arena. Novotel Gare De Lyon offers a fitness centre and a 24-hour heated indoor swimming pool, which is rare in the city. The air-conditioned rooms are equipped with free WiFi internet, a 42-inch flat-screen TV and desk. The hotel reception is open 24 hours. Guests have access to a luggage storage facility and, very important, a private car park which is also rare in the city. 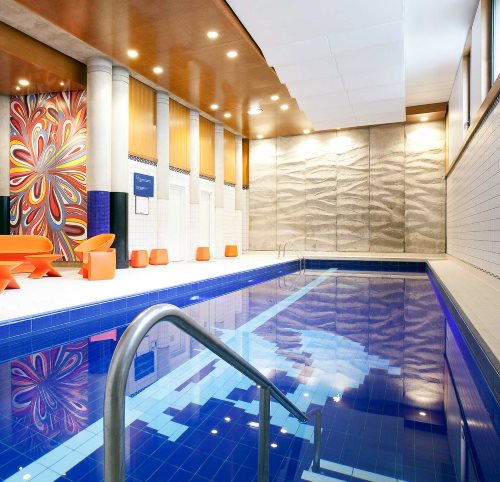