Avenue Montaigne in Paris hosts top french fashion stores. Dior was founded in 1947 by French designer Christian Dior at 30, avenue Montaigne. Today, 30 Montaigne features a majestic Dior boutique, a restaurant, a luxury suite and a gallery. 30 Montaigne is also a Dior line of products. Chanel and Vuitton too have top stores in the avenue. Paris fashion facts. 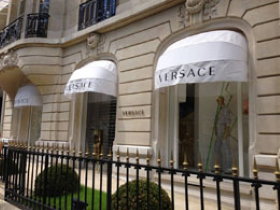 Versace store is at 45, Avenue Montaigne 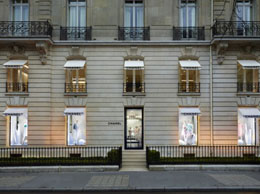 Chanel store is at 51, Avenue Montaigne

The Dior 30 Avenue Montaigne store is so famous and important in the brand history that Dior decided to turn the Montaigne name into a product line.

Created in 2019, the 30 Montaigne line, inspired and named after the emblematic 30 avenue Montaigne Dior store address, offers essential pieces that embody the iconic codes of Dior. The handbag is crafted in blue Dior Oblique jacquard canvas for an elegant and timeless style. The flap is punctuated by an aged gold metal CD clasp, inspired by a Christian Dior perfume bottle. Other neat details, such as the 30 MONTAIGNE signature embossed on the back, highlight the sleek design. Featuring an adjustable leather shoulder strap, this 30 Montaigne bag can be carried by hand, on the shoulder or crossbody. 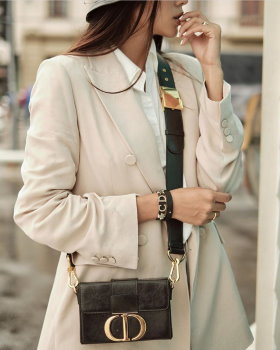 The 600 m² Chanel Avenue Montaigne point of sale is spread over two floors. It is designed to accommodate a privileged clientele which has private rooms on the first floor in which a personalized service is offered. Marbles, bronzes and tweeds are available in Mademoiselle's favorite colours: whites, matte and shiny blacks, beiges and golds. At the entrance, the walls clad in gold and silver panels painted by hand and gold leaf, the black granite floor with rock crystal and two Goossens chandeliers immediately set the tone. This theatrical staging, signed by the star architect Peter Marino, renews the traditional codes of the house and gives customers the emotion of an extraordinary shopping experience. 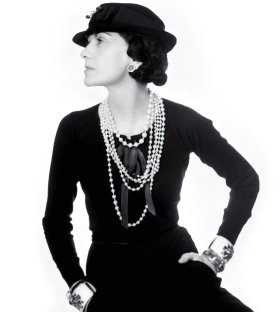 Coco Chanel was the founder of Chanel 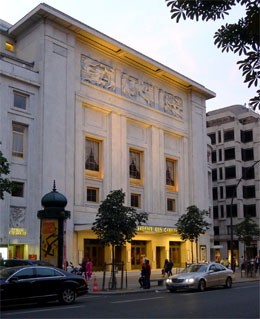 Established in 1913, Plaza Athénée is the most exclusive Paris hotel.The hotel has five restaurants, including a fancy restaurant run by Jean Imbert and a bar. Paris metro: Champs-Elysées Clémenceau, lines 1, 13. Avenue Montaigne and the Champs-Elysées district have many more extraordinary hotels. Hotels near Champs-Elysées. 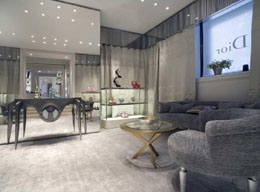 Avenue Montaigne was originally called the allee des Veuves (widows' alley) because women in mourning gathered there, but the street has changed much since those days of the early 18th century. The current name comes from Michel de Montaigne, a writer of the French Renaissance. In the nineteenth century, the street earned some renown for its sparkling and colourful Mabille balls on Saturday nights.

In 1913, Avenue Montaigne got both the Théatre des Champs-Elysées and the Plaza Athénée hotel which created its fame. In 1947, Christian Dior opened its store opposite the theater. That definitively established Avenue Montaigne as the fashion avenue in the City of Lights. 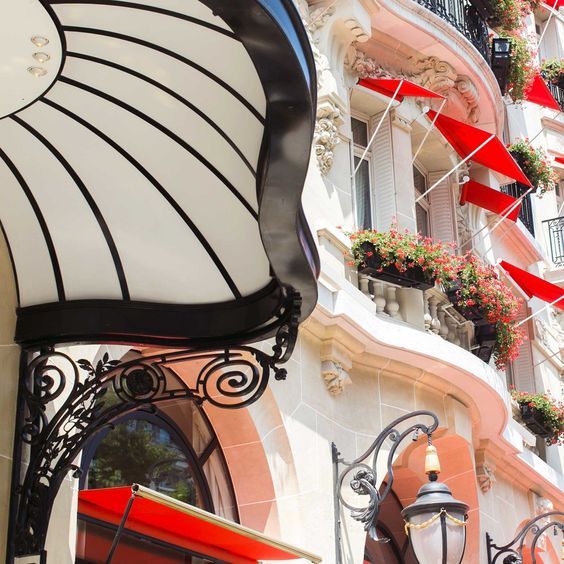