Paris Marathon 2023 will take place on Sunday April 2. The Paris Marathon, one of the popular marathons in Europe, has a beautiful route through the city, passing famous sights, such as the Champs-Elysées, the Arc de Triomphe, the river banks, the Louvre, the Eiffel Tower. With an elevation of 220 meters, the route is not as flat as in Berlin and London,. Sport Paris

Be prepared for the next edition of the Paris International Marathon that will take place on Sunday April 2 2023.

Up to 50 000 runners participate to this very scenic city marathon. It kicks off at 8am on the Champs-Elysées, passes along the Louvre on its way to Bois de Vincennes, then along the banks of the Seine river, the Eiffel Tower and Bois de Boulogne up to the arrival on the fancy Avenue Foch.

The Paris Marathon is also called Schneider Electric Marathon. It is a great combination of sports and sightseeing that we warmly recommend if you are fit. 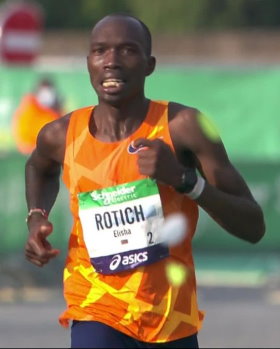 The Paris Marathon is one of the most scenic marathons in the world. As the route is not as flat as in Berlin and London, it is difficult to establish there world records.

The starting line of this geat city Marathon is on Champs-Elysées Avenue. Runners head downhill and around Place de la Concorde before turning right into Rue de Rivoli. The route then passes the Tuileries Gardens and Louvre Museum, goes round the Place de la Bastille and on to the Boulevard Soult towards the Bois de Vincennes. A wide loop of the Bois de Vincennes returns runners to the heart of the city and Rue de Charenton, the halfway point.

The inward stretch follows the course of the Seine River, passing Ile de la Cité and going under the Pont Neuf, and through a series of tunnels. There is a large drinks station and foot massage at Trocadéro, facing the Eiffel Tower. The route then continues along the Seine, before branching east towards the Bois de Boulogne, finally emerging for the final 200 metres and the finish line on the Avenue Foch.

The total elevation of Paris Marathon is 220 meters. 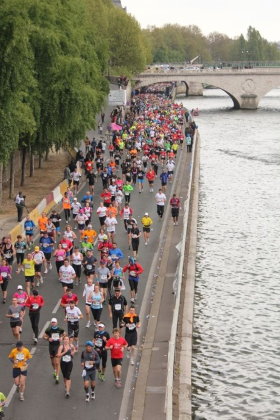 The Paris Marathon passes along the Seine River

The route of the Paris marathon is not easy, compared to other great marathons such as the London Marathon or Berlin Marathon which are perfect places to break own marathon record. But it is a mythical one. The 42.195 km are located on the scenic right bank of the Seine River. The route looks like a long visit running for those who do not know Paris. And for those who already know the city, discovering it as a runner in the middle of streets closed to traffic offers a unique sensation.

The profile of the Paris Marathon is not flat. Nothing insurmountable on this route, but to aim for a big time on marathon, the flatter it is, the better. The series of small climbs and especially the formidable coast at kilometer 34 make Paris a beautiful route, but a route more difficult than the other big marathons already mentioned. 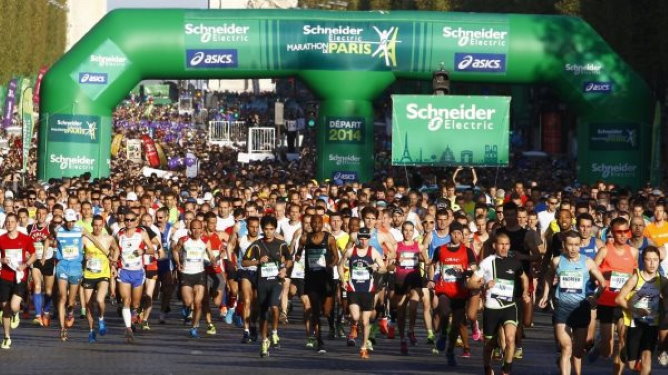 At the start of the Paris Marathon, some runners will lose any chance of a good time as they will go quickly, too fast. The start on the Champs Elysees Avenue is downhill and the atmosphere is crazy. This is in addition to the traditional sensations of flying after slowing down the training in the last weeks. This departure of the Paris Marathon must really be done with the impression of keeping the hand brake on. If you lose a few seconds with the traffic, do not worry, do not annoy you either, you will regain them thereafter. At this point, you just have to try to keep your energy to the maximum for the future. Once you are well in your pace, enjoy the moment and pass Place de la Concorde. 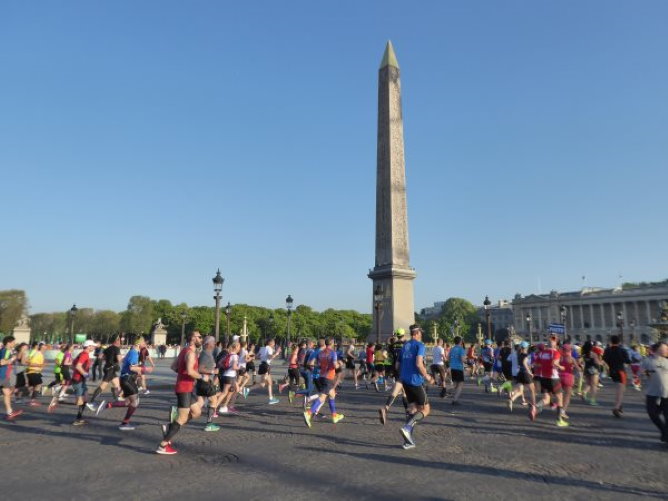 From kilometer 2 to kilometer 6, it goes down the Rue de Rivoli, the Tuileries Gardens, the Louvre Museum, the Place de la Bastille. It is almost flat and beautiful, enjoy it. After the passage on the street of the Faubourg Saint-Antoine, there is a right turn which hides the first big piece of this marathon route. The rue de Reuilly is to climb with caution. The coast is about 1.2 km long and the percentage of climb is progressive. In other words, the bottom is easier than the top. You can lose feathers if you climb too fast. This coast is followed by a descent to the equivalent percentage. You can gradually revive the pace, but be careful not to overdo it either. Remember to preserve your muscles for the future. Relaunch gradually and let down by controlling can regain lost time in the climb. Ideally, practicing this way of going down to training can do it perfectly on the day. The Rue de Reuilly is hard and if the Bois de Vincennes is simpler on paper, the alternation of small ascents and descents can also have effects on the future. It is necessary to continue climbing the false plates without forcing and to go down while controlling. Unlike Paris, it is quiet, you just hear the breath and pace of runners. Ideal to stay focused. We are still fresh in this part and we try to keep as much energy as possible for the second part of the race. 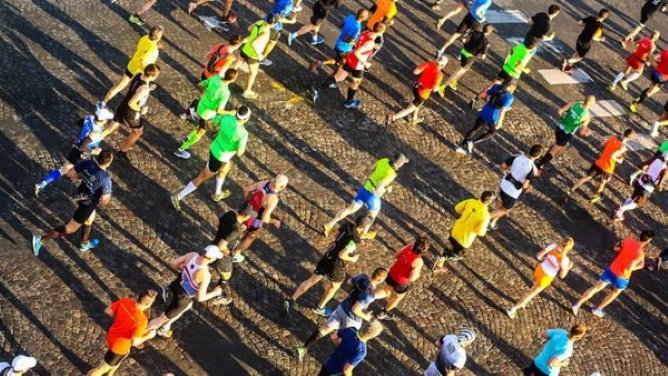 The return to Paris downtown is one of the moments that marks the Paris Marathon. People are here. The numerous and noisy fanfares. We take a good boost and adrenaline is instinctively accelerating if we do not continue to control. Enjoying while avoiding excitement allows to pass these kilometers without realizing it. A short climb brings us again to the Bastille and a refueling before diving to the river banks. Diving that will give a good sign on the condition of the muscles with a half marathon in the legs. The arrival on the banks of the Seine River is very pleasant. There, it is flat and we can unroll its stride. It is here that we can take stock of the legs and decide the rest of the race. 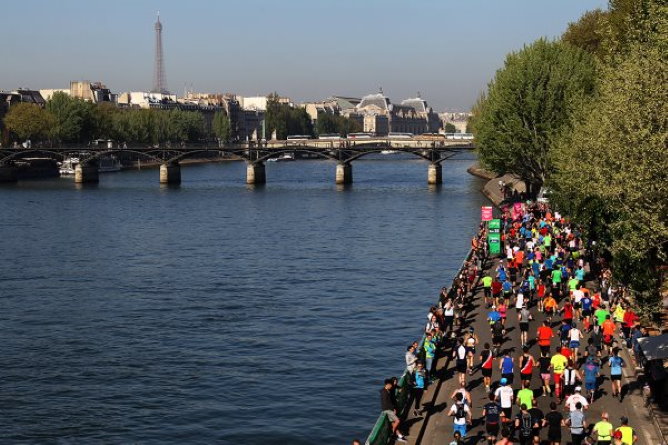 Accelerate a few seconds to km if you feel in great shape. Maintain the pace or, if it is already complicated, go on a plane B. In any case you have to keep running lazily to approach the tunnels. Because from the first tunnel, it gets tough. The first is the tunnel des Tuileries. 1km long, it offers a very strange feeling, especially a day of great sun, Already going down hurts, the descent is not really progressive. And then on this long tunnel, our eyes are used to the sun and have trouble with this sudden darkness and a feeling of lack of air. Fortunately there are people to put a little atmosphere. There are 3 other tunnels which form a succession of descents and short but dry ascents which draw little by little the physical resources. As at the beginning of the race, the technique is to go down smoothly and go up without pushing too hard not to get tired more than reason. All this leads to the Eiffel Tower and the 30th km.

A short climb of 250 m Boulevard Exelmans announces the color. To find it difficult is very bad sign for what happens next because it is nothing compared to what happens. Boulevard Suchet is a 500 m coastline with an average of 3%, with passages over 5%. A coast that would have been used regardless of the place of the route of the Paris Marathon. But when it comes to kilometer 34 of a marathon. Those who have not yet hit the wall of the marathon will have every chance to taste it if they were close. After Bois de Boulogne, at Porte Dauphine, this big roundabout that points to the 42 mark. And the arrival on the Avenue Foch. Oddly, the adrenaline of the arrival will give back some strength and we will be able to cover these last meters full of emotion. Arrive on the green carpet and cut the line. Successful race or not, the emotion will be intense. 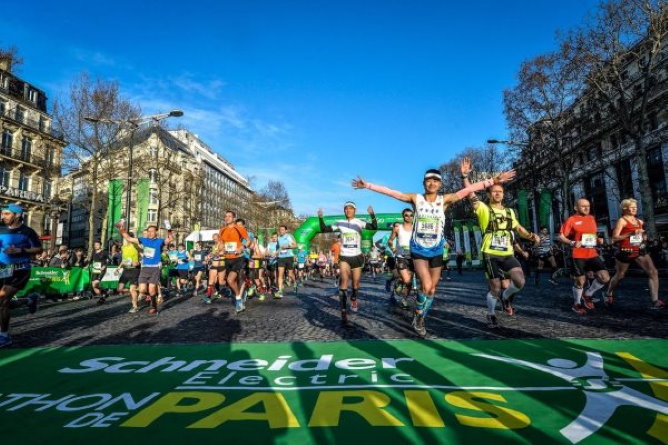 45 000 runners participated to this very scenic city marathon. 35 000 runers made it to the finish line. It kicked off at 8am on the Champs-Elysées, passed along the Louvre on its way to Bois de Vincennes, then along the banks of the Seine river, the Eiffel Tower and Bois de Boulogne up to the arrival on the fancy Avenue Foch.

The 2022 Marathon was historic. The Ethiopian Deso Gelmisa won at the end of the 41.295 km race, erasing the record held by Benoît Zwierzchiewski in 2 hours and 05 minutes. The Kenyan Judith Jeptum won in 2h19'48. Julien Casoli won in disabled sport. 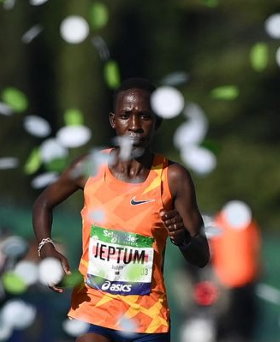 Originally planned on April 5 2020, as a result of the confinement caused by the coronavirus epidemic, the 2020 marathon had been rescheduled to October 2021.

On October 17, Elisha Rotich, an unexpected Kenyan, helped by his carbon shoes, was able to erase in 2:4:21 the Paris marathon record of the iconic Kenenisa Bekele.

The woman boss was Tigist Memuye. The 31-year-old dominated a trio of Ethiopians to win the Paris marathon. Memuye had to work hard in the final to outrun Yenenesh Dinkesa and complete the race in 2:26:12. 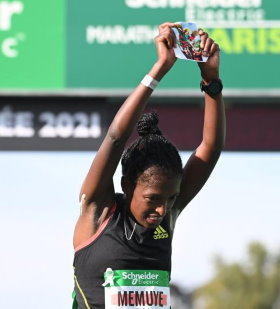 On April 14, Ethiopian Gelete Burka and Abrha Milaw won the 2019 Paris Marathon, leading a record 60,000 participants to the finish line.

In the wheelchair race, Julien Casoli won a third title with a time of 1:36:57. 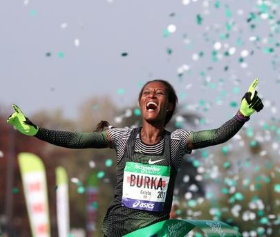 The 2018 marathon was run April 8 2018. Paul Lonyangata became the first men's runner in 28 years to claim back-to-back Paris marathon titles after he successfully defended his crown in the French capital on Sunday, winning in a time of two hours, six minutes and 25 seconds.

Kenya retained the women's title on Sunday, too, as Betsy Saina raced to victory in two hours, 22 minutes and 56 seconds, just three seconds ahead of countrywoman and silver medalist, Ruth Chepngetich. 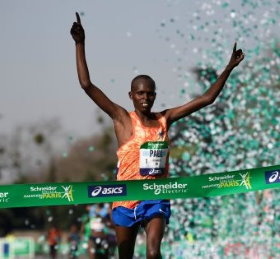 Paul Lonyangata set a personal best of two hours, six minutes and 10 seconds as he finished ahead of one of the favourites, Stephen Chebogout, by 46 seconds in sunny conditions in the French capital. 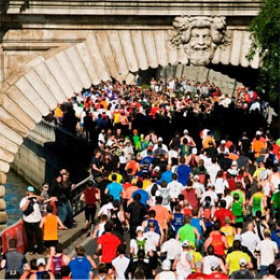 Paris Marathon 2016 was run April 3 2016. Rising star Cyprian Kotut won the men's event with a time of 2:07:11 just weeks after claiming the half-marathon. Visiline Jepkesho ensured a Kenyan double, as she won the women's marathon with a time of 2:25:52. 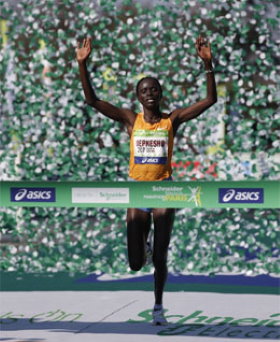 Facts about the Marathon

The marathon is a long-distance running race with an official distance of 42.195 kilometers, usually run on the road. The event was instituted in commemoration of the fabled run of the Greek soldier Pheidippides, a messenger from the Battle of Marathon to Athens, who reported the victory and died soon afterwards. The marathon was one of the original modern Olympic events in 1896, though the distance was only standardized in 1921. More than 800 marathons are held throughout the world each year. The overwhelming majority of competitors are recreational athletes. The largest marathons have tens of thousands of participants and are often fully booked long in advance. The International Association of Athletics Federations (IAAF), the international governing body for the sport of athletics, keeps track of the world records. The IAAF marathon world record for men is 2:02:57, set by Dennis Kimetto of Kenya at the Berlin 2014 Marathon.

On October 8 2023, you can participate to Paris 20 kilometers and on March 5 2023 to Paris semi marathon. Two great city races, a lot easier than the marathon.