The large Parisian region is split into 6 concentric metro zones. Pay attention. Special tickets have to be bought to get to zones 2, 3, 4, 5 and 6. Check and print Paris metro zone map.

The RER is the Parisian regional metro. It connects the city with Disneyland, Fontainebleau, Versailles Palace, Orly Airport and Charles de Gaulle Airport. Print and bring with you the RER metro map pdf.

Download tourist travel kit in English with sights and metro lines. Print it and use it while in town.

Locate top city sights on the map of Paris Arrondissements, the 20 city subdivisions with each its city hall.

From 2024 onwards, Grand Paris Express will be a massive extension of the transportation system. Grand Paris facts.

The first metro leaves the terminus at 5.30am. The last metro arrives at the metro terminal station at 1.15am, except on Fridays, Saturdays and on nights before a holiday, when the service ends at 2.15am. Time between trains range from 2 minutes during rush hour up to 13 minutes during late night hours, holidays, and Sundays, depending on the Metro line and the Metro station. 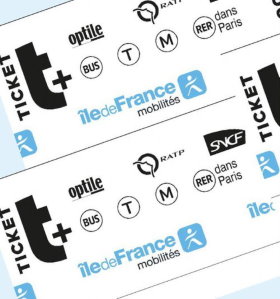 T+ tickets cost 1.90 euro (16.90 euros in tens). Valid for a multi transfer journey within 1h30 from first use, they can be used on the metro, buses, trams, RER in zone 1 with transfers on the same mode of transport and between metro and RER. Special tickets have to be bought for zone 2 to 6.

When transferring between the metro and the RER, it is necessary to retain the ticket. The RER requires a valid metro ticket for entry and exit. 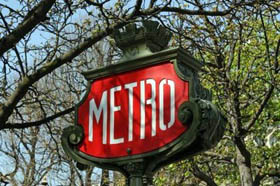 For convenience, we recommend you to buy the economical and practical Paris Visite travel pass allowing unlimited travel on the bus, metro, tramway and RER networks in Paris and its suburbs. The pass is valid for 1, 2, 3 or 5 consecutive days in zones 1 to 3 (close suburbs) or in zones 1 to 5 including Charles de Gaulle Airport and Versailles. at adult and child prices** (from 4 to 11 inclusive). Each day begins at 05:30 and ends at 05:30 the following day. Paris Visite Travel Pass.

Fulgence Bienvenue, a French engineer, accepted the network project in July 1897, and work began in October 1898. The first line (Porte de Vincennes - Porte Maillot) was opened to the public on 19 July 1900 in order to serve the events of the 1900 summer Olympic Games at the Bois de Vincennes. The putting in place of the metro was agreed upon by the state and the city of Paris to remedy the problem of increasingly insufficient surface transport. They were thinking ahead, in particular, to the upcoming World Fair of 1900. The original project comprised a circular line running Etoile-Nation-Étoile and two transversal lines, one running north-south (Porte de Clignancourt-Porte d'Orléans) and the other east-west (Avenue Gambetta - Porte Maillot). Two management companies then came into being: CMP (Compagnie du métro parisien) and the Nord-Sud company, each using different decorations for their stations. By 1913, the metro network had already grown to comprise ten lines: 8 were the property of CMP. The remaining two belonged to Nord-Sud (the current lines 12 and 13). From 55 million in 1901, the number of passengers had increased to 467 million by 1913. The network continued to grow during the First World War. Between the two wars, lines 9, 10 and 11 were opened and the two management companies merged into one. It was all the way to 15th October 1998 before another new line was opened: the 14, initially running from Madeleine and to the National Library, then extended to cover gare Saint-Lazare. The 14 is an automated line, considerably reducing waiting time. The extension to Mairie de Saint-Ouen of metro line 14, the backbone of the ambitious Grand Paris metro project, was inaugurated on Monday 14 December. This extension includes a 5.8 km tunnel and four new stations: Pont Cardinet, Porte de Clichy, Saint-Ouen, Mairie de Saint-Ouen. It connects Paris to the cities of Clichy-la-Garenne, Saint-Ouen.72,000 workers.