Parisvoice began publishing in 1979 as a free weekly newspaper inspired by alternative papers as the Chicago Reader and Village Voice. It was the first free circulation publication of its kind in the city. In the early days it collaborated with the American Church sponsoring jazz concerts, poetry readings, art festivals, flea markets and a host of other events. The magazine began publishing on line in the late 90’s. Today, Parisvoice is exclusively an online publication, continuing its mission of being the magazine for English-speaking Parisians. Web site. 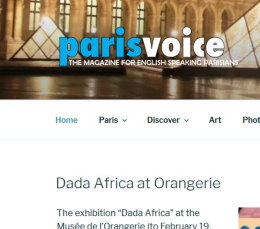 Two weekly newspapers provide a listing of what's on in the city: movies, theaters, concerts, exhibitions. L'Officiel des Spectacles (in French, web site) and Pariscope (in French, no web site) are sold in all newspaper kiosks.

Offi.fr is the online version l'Officiel des spectacles. It presents all what's going on in the city: theater, cinema, concerts, exhibitions and shows, children's shows, conferences, walks, restaurants and cabarets. The site is intended for all audiences, with a track record for reliability, completeness and accuracy of the information presented. 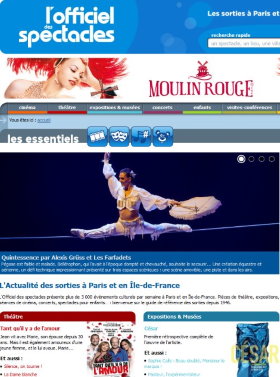 AFP is one of the four top global news agency. It publishes its news in French, English, German, Arabic, Portuguese and Spanish. Web site.
Connexion offers a mix of news, analysis, comment, culture and practical information about France. Web site
France 24 has three separate TV channels broadcasting in French, English and Arabic 24 hours a day, 7 days a week. The website is also available in three languages. The journalists from the three channels work together, pooling their expertise. Web site.
France Today is a travel and lifestyle title about France, with a magazine and website written for an international audience. It covers French travel, culture, gastronomy, shopping & entertainment, art & design, society & politics, real estate for sale and holiday rentals. Web site. 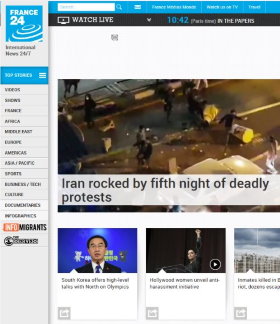 Le Parisien is a daily newspaper with a section on the city. There are excellent daily newspapers in French such as Le Monde and Le Figaro. The weekly Paris Match magazine focuses on celebrities and human-interest stories. 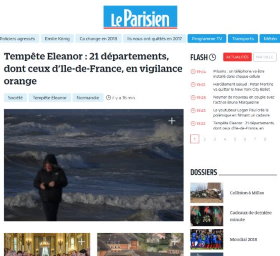