Founded in the 12th century, La Sorbonne is one of the oldest and best universities in Europe. In 1971, in the aftermath of the May 68 Sorbonne riots, it was split into 13 universities, numbered from 1 to 13. A number of these universities retained the word Sorbonne as part of their name.

The Institut Catholique de Paris is a catholic university with premises near Luxembourg Gardens. Web site. 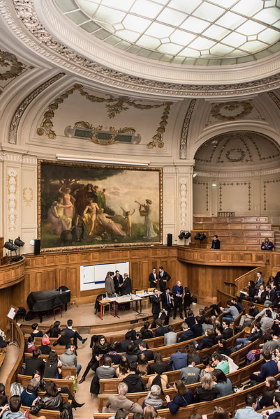 During the Middle Ages, La Sorbonne was very famous. It attracted students and professors of law, theology, medicine and philosophy from all over Europe. A few of the Colleges where they stayed are still existing with new functions close to Panthéon and Luxembourg Gardens. 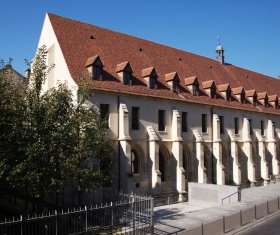 The Sorbonne University, first called Collège de la Sorbonne, owes its name to the modest canon of Cambrai, then of Paris, Robert de Sorbon. This man came from from Rethel in the Ardennes. He became the chaplain and confessor of Saint Louis, the famous King of France of the 13th century, who built the Sainte Chapelle. The king gave him land on rue Coupe-Gueule (now rue de la Sorbonne) plus two houses in 1253 to found the college there. Poor students would now find board and lodging and receive theology lessons, without paying a penny.

From the time of its creation, the college accommodated a hundred schoolchildren. Its fame then spread throughout Europe. After the troubles of the Hundred Years War, where the college took the side of the Burgundians, therefore, the English, the prior Guillaume Fichet had the first Parisian printing works installed at the Sorbonne with the help of 3 German typographers, Gering, Crantz and Friburger. In 1472, they already had printed 30 books. Until the Revolution, the Sorbonne was the seat of the Faculty of Theology and the University of Paris.

Richelieu, prior and principal of the college, had Jacques Le Mercier rebuild the old buildings entirely in 1626: he added 4 pavilions flanked by slate roofs around a vast courtyard. From 1885, the university started to run out of space. Other buildings were built by Nénot alongside the old Sorbonne. The only monument that remains of the Sorbonne of Richelieu is the chapel, the foundation stone of which he himself laid in 1635. His marble tomb, made by Girardon (1694) on plans by Le Brun can be seen in the chapel.

The first 7 Universities, numbered 1 to 7, have campuses in downtown. The remaining 8 to 13 universities have campuses around the city. The downtown faculties cover all possible subjects at the highest level. Admission is done per University. Refer to their web site. 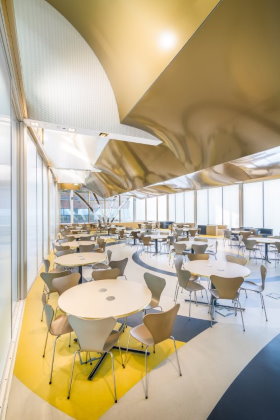 Sorbonne Université (Sorbonne University in English) is the merger on January 1st 2018 of Paris 6 UPMC and Paris 4 Sorbonne. Sorbonne Université is one of the most complete and most important universities in France and in the world, in the field of Arts, Languages, Letters, Humanities and Social Sciences. 21,000 students in initial training and 2,615 in continuing education, 2,059 staff including 1,237 teachers, research professors and researchers and 822 support staff, 92 degrees offered, 18 training and research units, 2 schools: Celsa and Espé, 16 sites in the region, 7 doctoral schools.

The main campus of Sorbonne Université is Jussieu on the Seine river banks, the former and modern campus of UMPC. 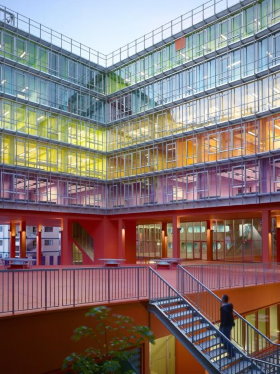 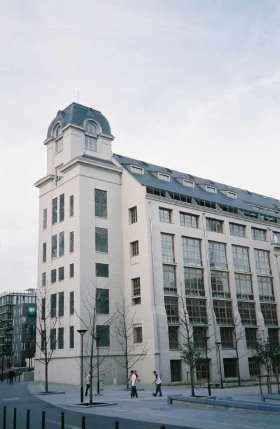 Hotel Delavigne is 250 m from Odéon Metro station and 500 m from La Sorbonne. It offers soundproofed accommodation with free Wi-Fi. Each room mixes contemporary decor with antique furniture and has a flat-screen TV. The rooms on the upper floors offer views over the rooftops of central Paris. Left bank hotels.

It is not very easy to find student housing in Paris. The Crous centralizes all available rooms. A notable exception is the Cité Internationale Universitaire. It is located in a 34 hectares park south of Paris, 10 minutes by metro from the left Bank and Notre Dame Cathedral. The Cité Universitaire offers up to 6,000 seats and welcomes approximately 12,000 students each year from over 130 different nationalities. The students are housed in 37 pavilions built between 1925 and 1969 and managed independently from the University of Paris. Many of them are architectural treasures. 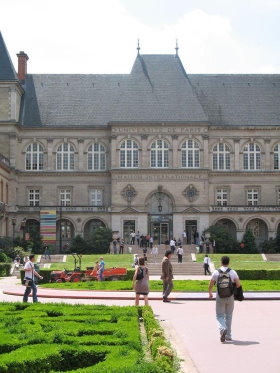 As early as the 1940s, the two physicists Frédéric and Irène Joliot-Curie had already considered decentralizing the Sorbonne to the southern suburbs of the city. In 1942, Irène Joliot-Curie even informed the rector of the University of the existence of a potential site on the Saclay plateau. In the 1950s, higher education establishments were established on the immediate outskirts of the Saclay plateau. In 1955, the University of Paris established itself in the region with the purchase of fifty hectares of land in the municipalities of Orsay and Bures-sur-Yvette. The following year, laboratories from the Paris Faculty of Sciences, which became Paris-Sud University in 1971, were brought together on the Orsay campus. Paris-Sud University became the nucleus of Paris-Saclay, created on November 6, 2019. Paris-Saclay succeeds Paris-Sud University, abolished on January 1, 2020. It includes the prestigious École normale supérieure Paris-Saclay, AgroParisTech, CentraleSupélec and the Institute of Optics, as well as the Institute of Advanced Scientific Studies (IHES) as component institutions. Its long-term perspective is to merge with its two “associate-member” universities, the University of Versailles-Saint-Quentin-en-Yvelines and the University of Évry-Val-d'Essonne in 2025. The 2020 Academic Ranking of World Universities (ARWU) has placed Paris-Saclay University first in the world for mathematics. The University’s position as a research-intensive university of international standing was further cemented by being ranked 9th in the world for Physics (1st in Europe), as well as a top 25 place for medicine and agriculture.