Ile de la Cité is one of the oldest districts in Paris. Notre-Dame, the Sainte-Chapelle, la Conciergerie, the Flower Market, the Vert-Galant gardens are some of the highlights of this small and picturesque Seine river island. Top places to visit in Paris. 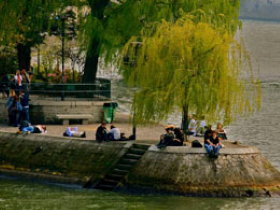 Ile de la Cité features three top sights: Notre-Dame Cathedral, the beating heart of the city since the 13th century, La Conciergerie, the former royal palace which was turned into a prison during the French revolution, and Sainte-Chapelle which was built as schrine for the Christ' Crown of Thorns. Ile de la Cité also features many old bridges like 1603 Pont-Neuf, the oldest bridge in town. Paris map. 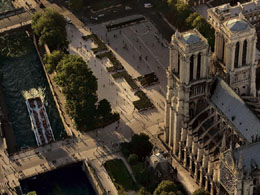 You will find the Flower Market (Le Marché aux Fleurs in French) in between Notre-Dame and the Conciergerie.

Housed in iron pavilions, it is open 7 days a week from 9am to 7.30pm. On Sundays, the Flower Market is complemented by a delicious bird market. Locate Flower Market on Paris map. 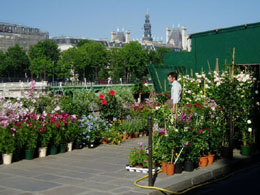 Hotel Melia Notre Dame is one of the best hotels near Ile de la Cité. Located in a quiet street, 500 m from Ile de la Cité, it provides free Wi-Fi. The air-conditioned guest rooms have private bathrooms and internet access. Some have views of Notre Dame Cathedral. Room service is available in the evenings, with gastronomic French specialties. 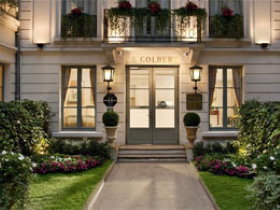 Apartments and hotels near Ile de la Cité on the map

Inhabited since the second century BC and occupied by the Romans in 52 BC, Ile de la Cité was ideally located at the crossroads of the Seine and of a strategic Roman road. Ile de la Cité therefore controlled the river trade which made the prosperity of the city. As the Roman peace collapsed at the end of the 3rd century AD , the Island was fortified downstream. The place became an imperial residence. Julian the Apostate was proclaimed emperor by his soldiers in 359-360. Valentinian I settled there during the winter of 365-366. In 508, Clovis, King of the Franks, fixed the seat of his kingdom there. The place remained a royal residence until the construction of the Louvre during the reign of Philippe Auguste in the 12th century. In 1248, Saint Louis built the Sainte-Chapelle, the setting of the holy crown of thorns. In the upstream part of the island, starting in the fourth century, christians built a holy city, including a cathedral, a baptistery, schools and a hospital. In the twelfth century, Maurice de Sully, then bishop of Paris, began the construction Notre-Dame on the site of the two previous places of worship. Notre-Dame was then surrounded by a maze of narrow streets, half-timbered houses. The parvis Notre-Dame was liberated from constructions by Baron Haussmann in the years 1860-1870. 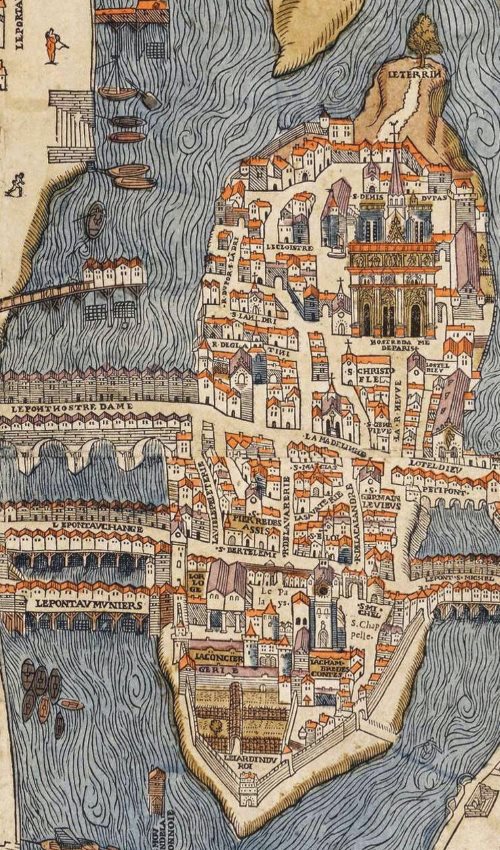