The systematic development of La Défense by EPAD, a public organisation, in the perspective of the Champs-Elysées from 1958 until today is a typical example of parisian planned urban development. As a result, most skyscrapers in Grand Paris are concentrated in La Défense. 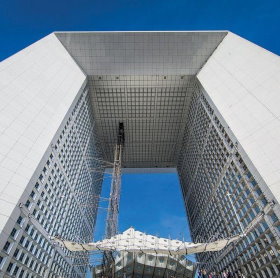 Many French and international brands are represented. Les Quatre Temps are open 10am to 8pm Monday to Sunday. The spectacular CNIT building is an extension to Les Quatre Temps. Paris metro: 5' from La Défense Grande Arche metro station plus 10' to the city by the metro. Locate Les Quatre Temps on Paris map. 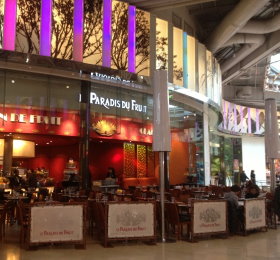 Les Quatre Temps is the second biggest mall in France

With 500 companies and company headquarters including those of multinational companies Axa, Cap Gemini, EDF, Engie, Saint-Gobain, Societé Générale, Suez, Total Energies and Thales, La Défense is the largest business district in the city and a first class European economic powerhorse.

A pedestrian district with underground car traffic, La Défense displays splendid architecture, including the famous CNIT and the Grande Arche, a huge white arch in the perspective of Arc de Triomphe and one of the top 20th century monuments in the city. It is adorned with sculptures from famous artists such as Miro, Calder and Cesar.

As a result, La Défense attracts yearly millions of tourists and shoppers in addition to professionals coming for business. 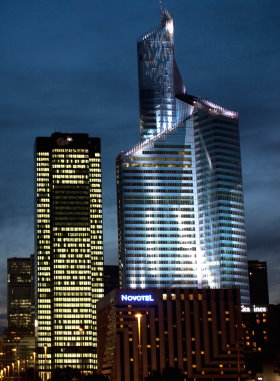 You plan a business trip to La Défense business district near Paris. You can stay in a hotel in La Défense, a pleasant pedestrian area with easy metro connection to Paris.

The best hotels are Hilton, Novotel and Renaissance. The choice of restaurants in the district is not great and you should rather go to the city for dinner. Nightlife too is rare.

You can also stay in Paris. We recommend a hotel near Champs-Elysées, a lively district connected to La Défense by RER A (one metro stop) and metro line 1 (15' ride). 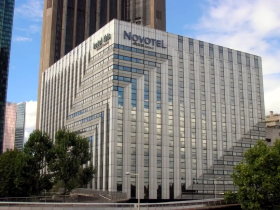 The travel time from the city centre (Chatelet Les Halles station) to La Défense by metro is 20'. Normal metro tickets can be used up to La Défense on line 1 only. Special tickets have to be bought to ride RER A from and to the city. 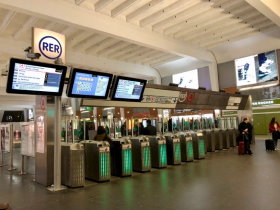 After a stagnation in new development in the mid-1990s, La Défense is once again expanding and is now the largest purpose-built business district in Europe. Construction work is never ending and projets abound, among them: 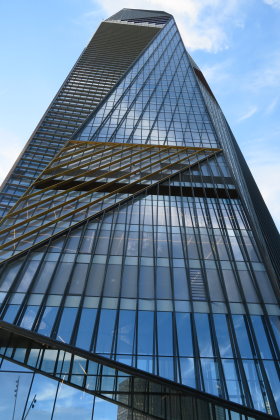 Years ago, La Défense was only a practical place to work. Les Quatre Temps changed that and added shopping. Epad, the public organization managing the business district and its developppment agressively developped all kinds of activities around the year to animate this huge pedestrian district. La Defense Arena, food market, afterworks, sport activities, Christmas market. Check the agenda. 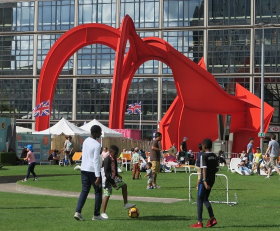 La Défense is named after the statue La Défense de Paris, erected in 1883 to commemorate the soldiers who had defended Paris during the 1870 Franco-German War.

La Défense is a planned urban development projet that has been from the start managed by EPAD. In 1958, the Esso Tower was built, followed by others which slowly replaced the city's factories and shanties. The CNIT was inaugurated too in 1958. This building is the largest unsupported concrete span enclosed space in the world. Its triangular structure is supported on three points 218 meters apart. 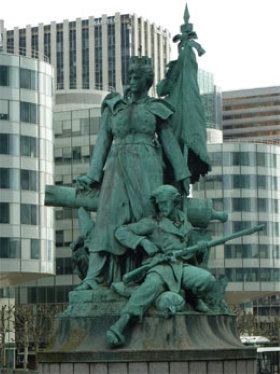 La Défense is named after the staue La Défense 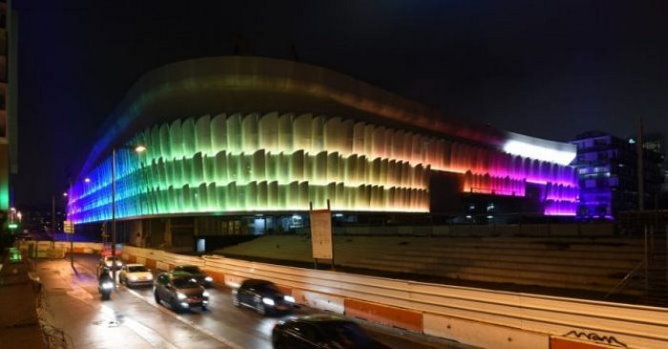 The Paris La Défense Arena  is a multi-use domed stadium located near Grande Arche in La Defense. It is one of two multi-use domed stadium built in Europe. The venue stages sport events and concerts. In its rugby configuration, it has a seating capacity of 32,000. For concerts, it is able to seat 40,000. Finally, a movable stand allows it to also be used for a variety of indoor sports with a capacity of as low as 5,000 being possible. The venue also includes 33,000 square metres (360,000 sq ft) of office space, 300 student rooms, shops, including a club shop, a brewery and a gourmet restaurant.