Notre-Dame, the 800 year old cathedral of Paris and the most visited Paris monument, holds precious relics of the Passion of Jesus Christ. They include a piece of the Cross kept in Rome and brought back from Jerusalem in 328 by Saint Helena, mother of the Emperor Constantine, a nail of the Passion and the Holy Crown of thorns. Luckily the Crown of thorns has been saved from the terrible fire that destroyed part of the cathedral on April 15th 2019. In September 2019, the Crown of Thorns was transferred to Saint-Germain l’Auxerrois church, very close to the Louvre Museum.

Among these relics, the Holy Crown of Thorns, brought back at huge expense from Constantinople by King Saint Louis in 1239, is, without doubt, the most precious and the most venerated. Its authenticity cannot be scientifically attested, but one thing is certain: it carries more than sixteen centuries of fervent Christian devotion and prayer. 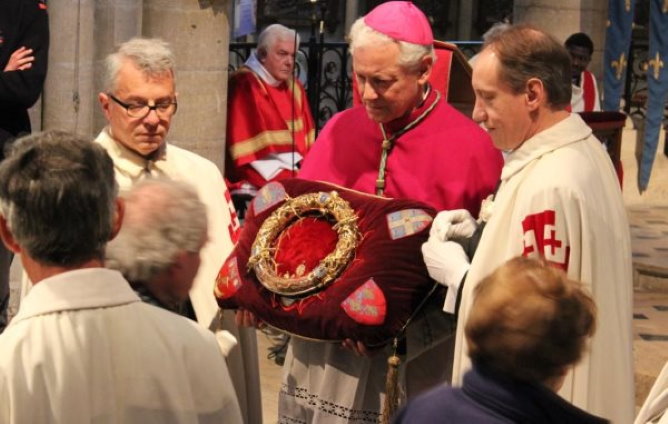 The Crown of Thorns is a circle of rushes gathered in bundles and held by gold threads. It was on this braided circle, with a diameter of 21 centimeters, that the thorns were. The latter have been scattered over the centuries by donations made either by the Byzantine emperors or by the kings of France. There are 70 of the same nature. St. John in his gospel reports that the Roman soldiers, on the night of Thursday to Good Friday, made fun of Christ and his kingship by crowning him with a crown of thorns (John 19:12). 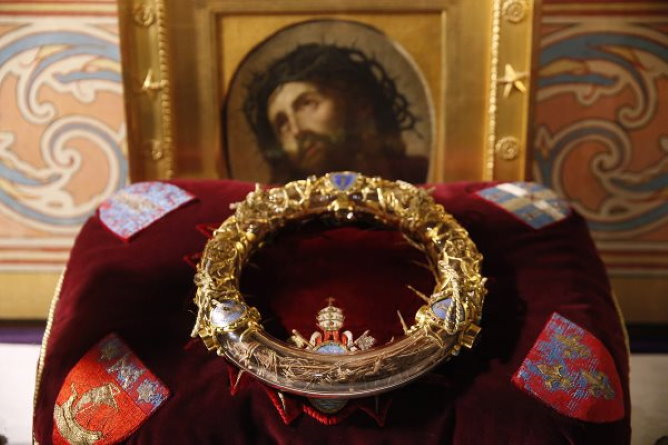 The reference to the Crown of Thorns and the instruments of the Passion of the Christ is already mentioned in the stories of pilgrims going to Jerusalem in the fourth century. Between the seventh and tenth centuries, the relics will be gradually transferred to Constantinople in the chapel of the Byzantine Emperors, especially to protect them from looting similar to those suffered by the Holy Sepulcher during the Persian invasions. In 1238, Constantinople was ruled by Baudouin de Courtenay, a Latin emperor. In great financial difficulty, he decided to put the relics in pledge with Venetian bankers to obtain credits. St. Louis, king of France, bought it for the enormous sum of 135,000 pounds. Two Dominicans brought the relic to the king, who came with his brothers Robert, Count of Artois, Alphonse and Charles, to receive it in Villeneuve-l’Archevêque. August 19 1239, it was deposited in Paris in the chapel Saint-Nicolas. 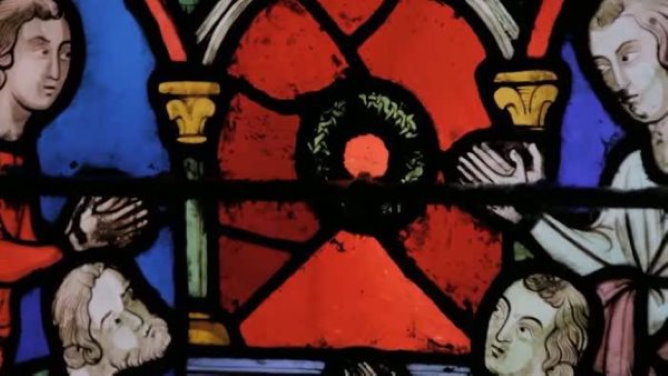 In 1241, the king was also able to buy from Baudoin a large piece of the True Cross, pieces of the Holy Lance, the Mantle of Purple, the Holy Sponge and the Shroud. From about 1238 to 1248, the Sainte Chapelle was built in the Royal Palace of the City and thus in the heart of Paris. It was intended to be a shrine for these prestigious relics owned by the king. The upper chapel was dedicated to the Holy Crown and the Holy Cross, and the lower chapel to the Virgin. 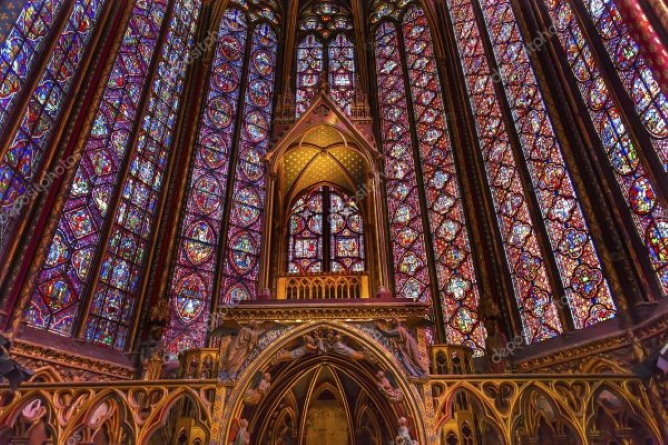 In 1306, King Philip IV le Bel added to the treasure the reliquary of the chief of Saint Louis, wonder of the art figuring the crowned bust of his grandfather and containing his skull. This symbolic presence of the great king implied that the symbolic heart of the kingdom of France was the Sainte Chapelle. The iconography of the stained glass windows emphasized the connections between the kingship of Christ and the kingdom of France following the kings of Judah. "Thanks to Saint Louis, it is not only the Christian empire of Constantine that France now relays. France had become the second Jerusalem, the true eldest daughter of the Church, the vestibule of the Jerusalem of heaven. All the reliquaries were destroyed during the French revolution in 1791 and 1793. The relics themselves were brought to Saint Denis and a large part disappeared in the storm. The Crown of Thorns is currently deposited in the treasury of Notre Dame Cathedral. What remains of the treasure of the Sainte Chapelle is divided between the National Library (cabinet of medals, department of manuscripts) and the Louvre. 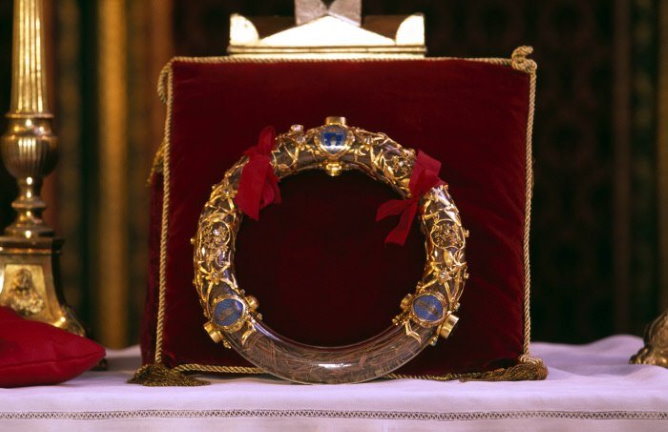