Frenchman Baron Pierre de Coubertin was the man behind the revival of the Olympics Games which were first held in Athens in 1896. As a tribute, the 1900 Olympic Games, second in history, were held in Paris, as were the 1924 Games.

Exactly one century later, from July 26th 2024 to August 11th 2024, the City of Lights will organize again the games. Paris intends to make the Games desirable again. After decades of waste, excess spending and official corruption, Paris is promising a return to reason with sober games in 2024. Paris wants to set an example that will convince potential host cities that the Olympics aren’t a recipe for trouble, a badly needed initiative to find host cities in the future.

Built near Stade de France, the aquatics centre will be the only competition venue built specifically for the Olympics. All other competition venues are existing or had been planned already. The Olympics games will be an accelerator to the Grand Paris plan launched by French President Nicolas Sarkozy, including a gigantic new metro ring around Paris and the revitalization of decaying urban areas specially around the City of Saint-Denis, north of Paris. As the most touristic city in the world, Paris chose spectacular locations to hold competitions : the lawns in front of Les Invalides for archery, the Eiffel Tower for beach volleyball, the Grand Palais for taekwondo and the Palace of Versailles for equestrian competitions. Open-water and triathlon swimming will be held in the scenic Seine River. The basket-ball competitions will be held in Bercy Arena. 2024 Olympics web site. Sports in Paris.

In 2024, the Champ-de-Mars, the park located at the foot of the Eiffel Tower in the centre of Paris, will become a temporary outdoor arena. Its configuration and location will enable spectators, television audiences and athletes to enjoy an exceptional setting between the Eiffel Tower and the Ecole Militaire.

For Parisians, the Champ de Mars is a place to meet up and celebrate, regularly attracting thousands of people to share in events together, from the traditional 14 July firework displays to a Football World Cup Final. On a daily basis, people meet up there to enjoy some sport, take in the views or simply walk around the vast alleyways and lawns of this magnificent site, which is now one of Paris’ most iconic public gardens. To stage the beach volleyball and blind football events, a temporary outdoor arena will be built in 2024, enabling everyone to enjoy this venue’s magical setting.

Between the Ecole Militaire’s impressive facade to the south and the equally impressive Eiffel Tower on the River Seine side, the Champ de Mars will once again be a community space for meeting up during the Paris 2024 Games. It will be a key venue for the Paris 2024 Games, because, alongside the Eiffel Tower Stadium’s overlay arena, it will host other events in the Grand Palais Overlay, a temporary structure set up on Place Joffre to the south of the site since 2021. 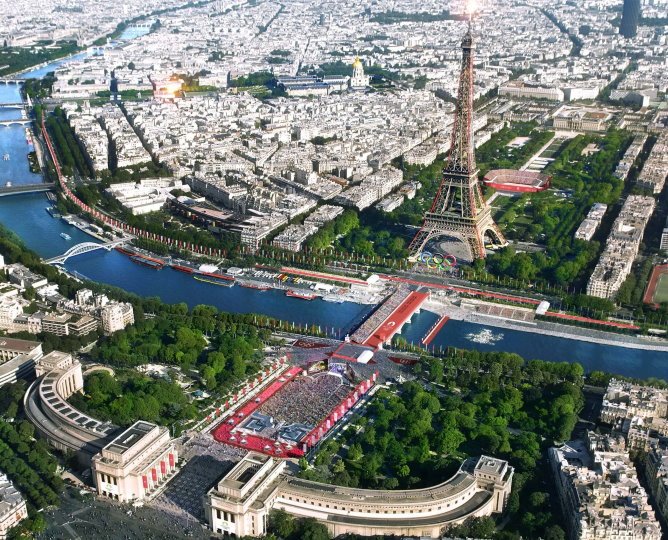 The Esplanade des Invalides is the garden of one of Paris’ most beautiful monuments. A vast green space in Paris’ 7th arrondissement, the Esplanade is located opposite Les Invalides. At the heart of Paris, it has become one of the preferred leisure destinations, where Parisians and tourists can enjoy some sport, music and walking. In 2024, history, culture and high-level sport will join together in this exceptional setting, where the archers will be targeting an Olympic or Paralympic medal.

In 2024, the Esplanade des Invalides will be the stage for the archery and para archery events. It is flanked by rows of trees on its west and east sides. Its location, at the heart of Paris, in a dedicated area for the Games, promises a unique experience for athletes and spectators. 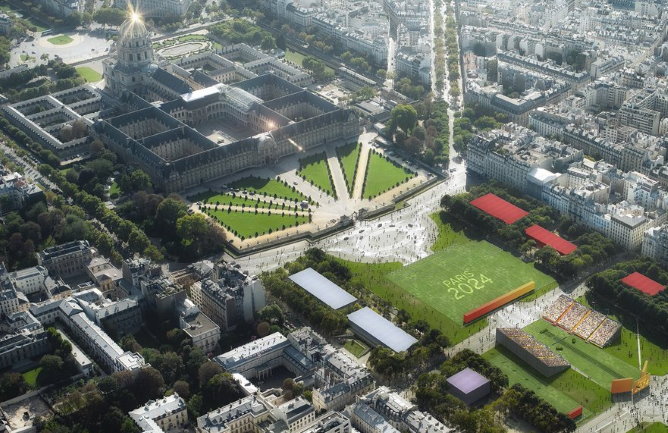 For the Paris 2024 Olympic and Paralympic Games, the Stade de France, the country’s largest stadium, will transform into the Olympic Stadium after three decades of hosting France’s biggest sports events. 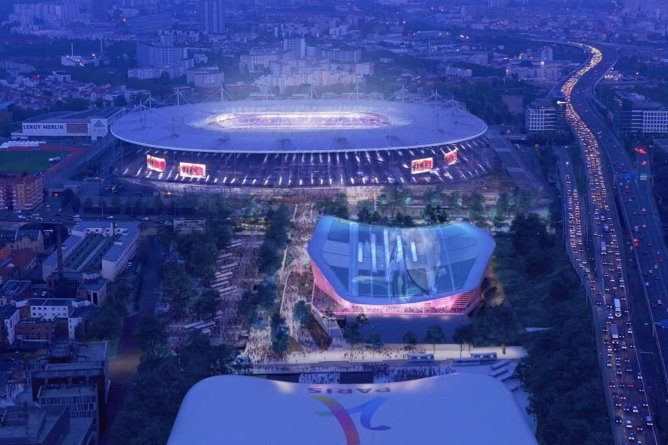 Thanks to overlay facilities, certain Paris 2024 events will be staged in Versailles Gardens. A temporary outdoor arena, flanked by several stands, will be set up on the Etoile Royale esplanade, to the west of the Grand Canal. This arena will stage two eventing disciplines (dressage test and jumping), as well as the jumping and dressage competitions (Olympic and Paralympic). The individual and team eventing cross-country section will be held alongside the Grand Canal, while the five modern pentathlon events will also be organised at the Château de Versailles.

The opening ceremony on the Seine River will be spectacular. The first opening ceremony ever to take place in the city and not in a stadium. Some 160 boats will set off on July 26 from the Pont d’Austerlitz for a six-kilometre journey to the Pont d’Iéna in an event Tony Estanguet, the head of the organising committee, described as "unique and spectacular". Detailed information 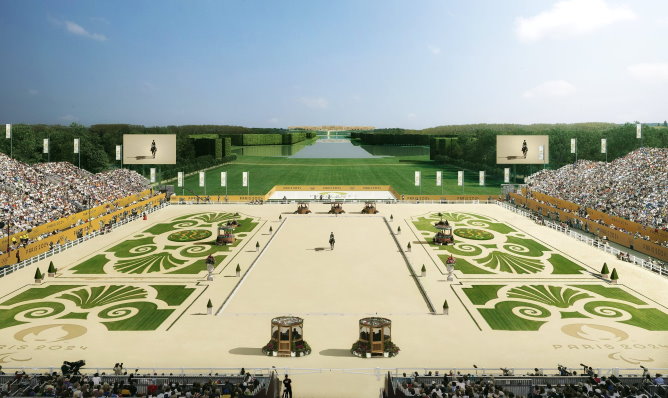