Place de La Concorde, the largest square in Paris, is famous for its 3300 year old Egyptian obelisk. King Louis XVI, Queen Marie-Antoinette and over 1200 people were guillotined there during the 1789 French revolution.Places to visit in Paris. 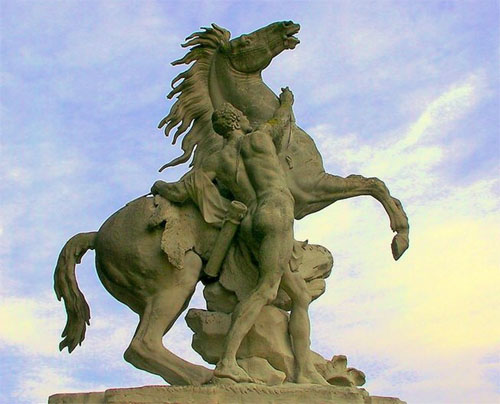 The 1745 Marly horses were sculpted by Coustou

In the middle of the Place de la Concorde, stands the 3200 years old obelisk coming from the Egyptian temple of Luxor where it was marking the main entrance.

The obelisk is decorated with hieroglyphics exalting the reign of the pharaoh Ramesses II. It is one of two the Egyptian government gave to the French in the 19th century. The other one stayed in Egypt, too difficult and heavy to move to France with the technology at that time. The self-declared Khedive of Egypt, Muhammad Ali Pasha, offered the 3300 year old Luxor Obelisk to France in 1829. It arrived in Paris on 21 December 1833. Three years later, on 25 October 1836, King Louis Philippe had it placed in the center of Place de la Concorde. The obelisk, a yellow granite column, rises 23 metres high, including the base, and weighs over 250 tons. Given the technical limitations of the day, transporting it was no easy feat — on the pedestal are drawn diagrams explaining the machinery that was used for the transportation. Missing its original cap, believed stolen in the 6th century BC, the French government added a gold-leafed pyramid cap in 1998. 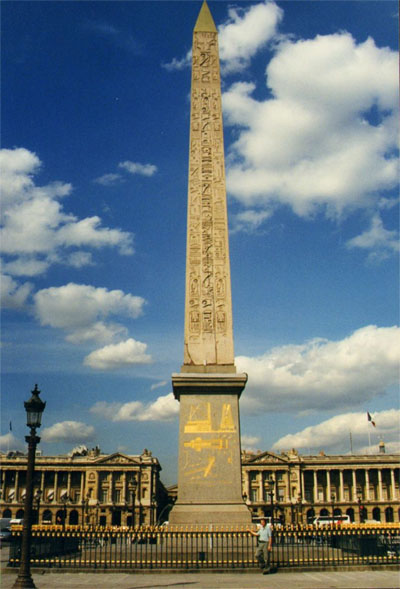 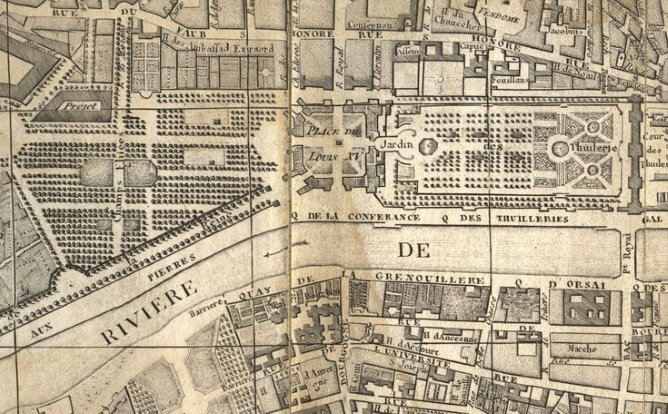 Map of Place de la Concorde before the French revolution

The Place Louis XV showcased a splendid equestrian statue of King Louis XV. At the north end, Jacques-Ange Gabriel added two magnificent identical stone buildings. One of them is occupied today by the famous Hotel Crillon.

During the 1789 French Revolution the statue of Louis XV was torn down and the area renamed Place de la Revolution. The revolutionary government erected the guillotine in the square. It was here that King Louis XVI, the grandson of almighty King Louis XV, was guillotined on 21 January 1793. Other important figures guillotined on the site were Queen Marie Antoinette, Princess Elisabeth of France, Charlotte Corday, Madame du Barry, Georges Danton, Camille Desmoulins, Antoine Lavoisier, Maximilien Robespierre, Louis de Saint-Just and Olympe de Gouges. 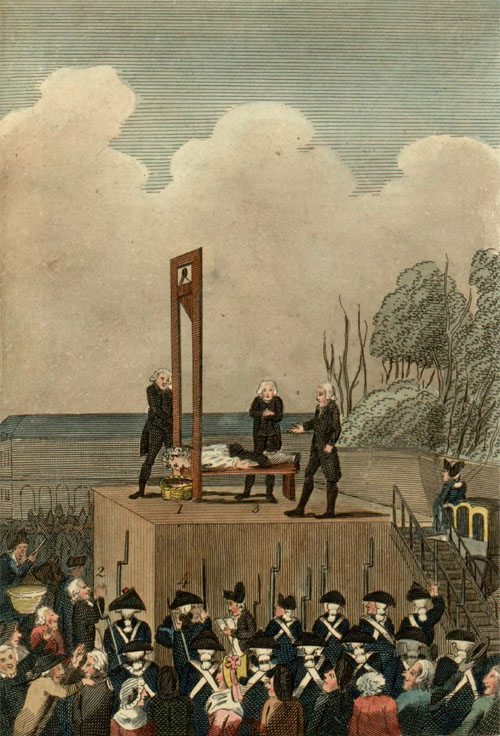 Apartments and hotels near Place de la Concorde on the map

Hotel du Continent is 400 meters from Place de la Concorde. The Tuileries and the designer boutiques in Place Vendome are less than 250m. It is housed in a 19th century building in the 1st arrondissement. The rooms are decorated by Christian Lacroix. Each floor has a décor inspired by the Earth's continents. A flat-screen TV with cable channels and free Wi-Fi are provided in each room. The air-conditioned guest rooms are light and uniquely decorated. A continental breakfast is available every morning and can be delivered to guests’ rooms. 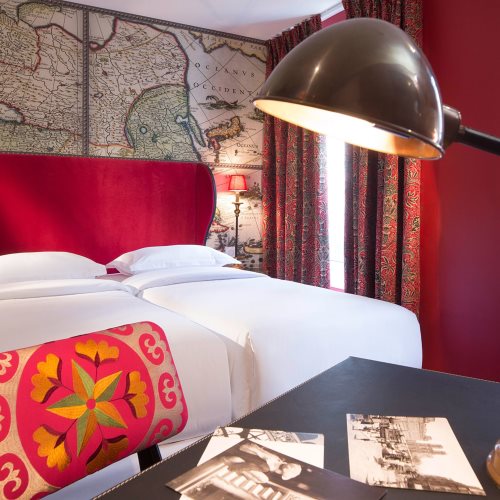