The Louvre is the world's largest museum. Located in Paris, it has 403 rooms, exhibiting treasures spanning the world and 5000 years. Mona Lisa is the museum's most famous painting, but they are many masterpieces of the same quality and less visitors around them. Select a few departments and enjoy the Louvre. Don't try to visit all rooms. The Louvre was originally the palace of the Kings of France and played a key role throughout the history of the country. Top Paris museums.

The Louvre Museum in the right bank of the Seine river is both a beautiful French royal palace and the world's most visited museum with 9.6 million visitors in 2019. The Louvre Museum is also the world's largest museum. Nearly 35,000 objects from prehistory to the 21st century are exhibited over an area of 60,600 square metres (652,300 square feet).

The Louvre Museum displays the Mona Lisa by Leonardo Da Vinci, probably the most famous painting in the world, and many other famous Italian renaissance paintings.

French paintings are extremely well represented up to and excluding the impressionists exposed at Musée d'Orsay. Delacroix is best known for the Liberty guiding the people. Flemish paintings by Rubens, Brueghel and Van Dick were mostly bought by the Kings and Queens. Dutch paintings by famous XVIIth century painters Rembrandt, Vermeer and De Hooch are well represented in the Louvre Museum.

The Louvre Museum also displays world class collections of, in particular, Egyptian, Greek, Roman and Islamic Arts. The French Crown Jewels are another collection worth the trip.

Mona Lisa is in the Louvre

You can also download and print the official Louvre map and floorplan pdf. 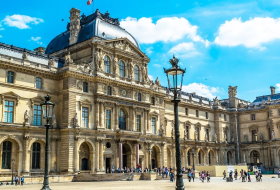 Mona Lisa, the famous painting in the Louvre Museum, is located in room 711, as shown on the museum floorplan below. The museum has superb online tours of the collections.

A real visit is of course even better. As the Louvre is extremely large, a guided tour is very practical to get quickly to the top masterpieces with a passionate art guide. Priority access will allow you to get inside easily. Among the paintings, you will admire the Mona Lisa by Leonardo da Vinci and Napoleon's Rite by David, see magnificent sculptures such as the Venus de Milo or the Victory of Samothrace.

From the main entrance through the pyramid, access the Carrousel du Louvre Shopping Mall, a complement to your visit with a few interesting shops.

Les Tuileries Gardens connecting the museum with Place de la Concorde and the Champs-Elysées Avenue are one of the most beautiful and scenic parks in the city.

A reason to book a hotel near Louvre Museum. 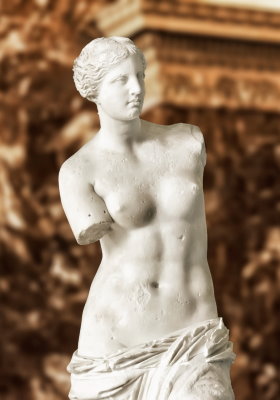 The Venus of Milo in the Louvre

The Louvre is open 9am to 6pm on Monday, Wenesday, Thursday, Saturday and Sunday. It is open from 9am to 9.45pm on Friday. The museum is closed on Tuesday, January 1, May 1, November 11, December 25. Rooms begin closing 30 minutes before closing time. 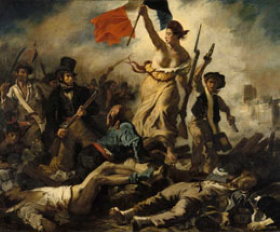 The famous glass pyramid (Paris map) designed by architect I.M. Pei is the main entrance to the Louvre Museum. 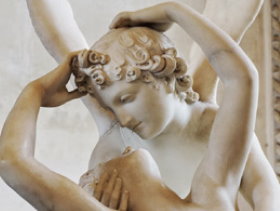 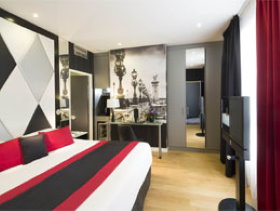 History of the Louvre

In the late 12th century, King Philippe Auguste decided to build the Louvre fortress at a weak point along the river banks of the city walls protecting Paris. A dense urban district gradually grew up around it, taking away its defensive interest. King Charles V endorsed the development of the Louvre from fortress to residence. He commissioned his architect Raymond du Temple with converting the fortress into an up-to-date dwelling (1360-1380). The medieval Louvre was largely lost during the modernization of the palace during the Renaissance, and it was gradually razed to the ground between 1528 and 1660. After Sun King chose Versailles as his residence in 1682, constructions slowed.

The Louvre Palace houses the Louvre Museum since 1793. President François Mitterrand decided in 1981 the final and spectacular extension of the museum, including the construction of the glass pyramid marking the entrance.

See the Louvre in 1500 (Saint-Germain-des-Près Abbey and Seine River in foreground, Montmartre hill in background). 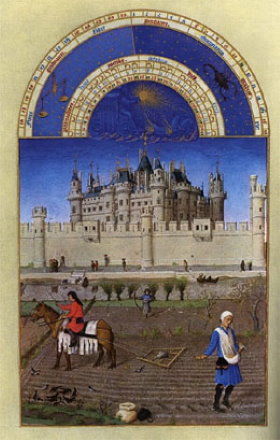 Seing the richness of its collections which it is unable to display fully, the Louvre institution in Paris recently decided to open museums in other cities and countries.

In 2012, to revitalize a former coal mine area in northern France, the Louvre opened the Louvre Lens, an interesting and easy museum on your way from the UK or the Benelux to Paris. Louvre Lens is the second museum opened by the Louvre and one of the top museums of arts in France. Locate Lens on France map. 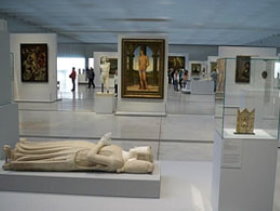 One of the most anticipated projects in the Persian Gulf, Louvre Abu Dhabi, designed by Pritzker Prize-winning architect Jean Nouvel, opened on November 11th 2017. The architecture is based on a major sign of Arab architecture: the dome. But here the dome is a modern proposal by the difference it displays with tradition. Double dome 180 meters in diameter, flat, perfect radiant geometry, perforated in a more random woven material, creating a shadow punctuated with shards of sun. The dome shines in sunny Abu Dhabi. At night, the protected landscape is an oasis of light under a dome with stars. 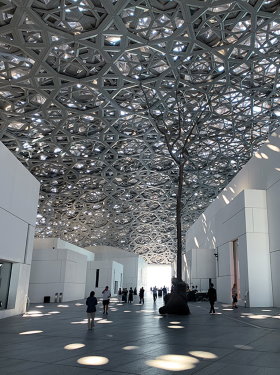 The Louvre Museum in Abu Dhabi

The Ecole du Louvre is a higher education establishment providing courses in French in archeology, epigraphy, art history, the history of civilizations and museology. The school is located in Pavillon de Flore within the Louvre.

In parallel to these programs, the school allows auditors to attend certain courses. It offers other courses open to a broad public: evening courses, summer courses, courses taught in the regions, the city of Paris courses. All courses are in French. All courses are available as ongoing training. 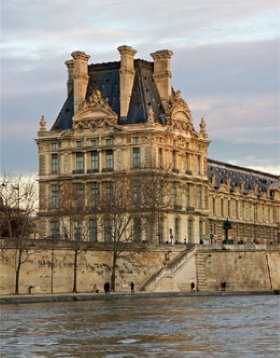