Famous French paintings in the Louvre

Coronation of Napoléon by David - 1807 - Louvre

Top French paintings in the Louvre 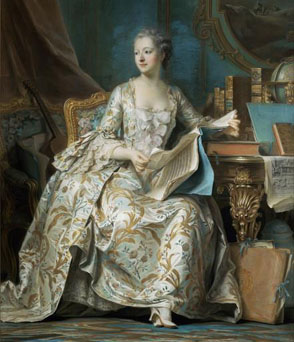 The Virgin of the Grapes - Mignard

This French painting is a testimony of the catholic faith in the 17th century. The Virgin is sitting. She wears a red dress covered with a blue coat and holds Jesus in her left arm. With her right hand, she presents the child with grapes. Jesus caresses the grapes with his right hand and raises with his left hand the veil that covers the head of his mother.

Pierre Mignard was born in Champagne in 1610, he entered Poussin's studio, then left to improve in Rome. He did not leave this city until 1653. He married there and brought back from Italy a whole series of Virgins.

Back in Paris, Pierre Mignard worked for the ladies of the court in Versailles, then became the official painter of Sun King. He decorated decorates the dome of Val de Grâce in Paris and the small apartments of Versailles. He died in 1695.

Antoine Watteau (1684 - 1721), a XVIIIth century French artist, spurred in his paintings the revival of interest in colour and movement in the tradition of Rubens.

Watteau is credited with inventing the fetes galantes, scenes of bucolic and idyllic charm. Some of his best known subjects were drawn from the world of Italian comedy and ballet. The character of Pierrot in the Commedia dell'Arte was staged to be the fool. Watteau's sad clown has reason to be sad as he may be destined for a broken heart. Traditionally, the Pierrot's love interest, Columbine, leaves him for Harlequin. Despite his fate, the character of Pierrot is trusting, proves to be naïve and distant to reality. 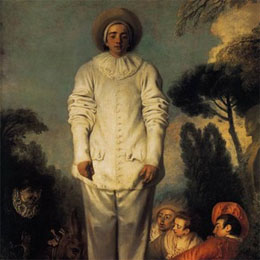 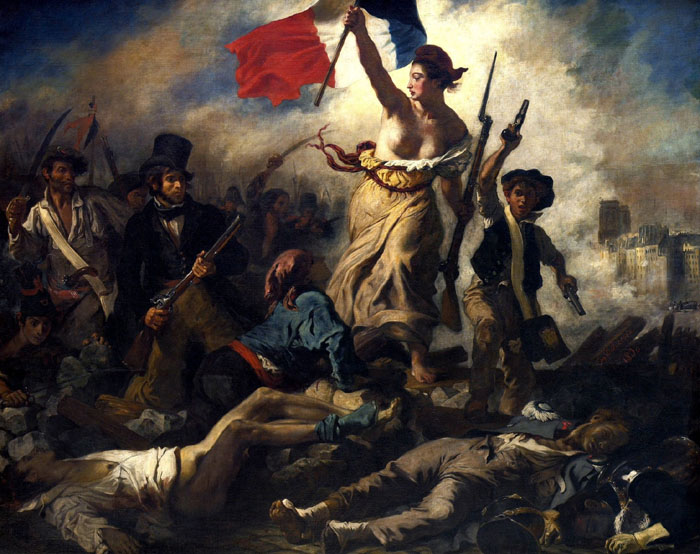 The Paris uprising of July 1830, the Trois Glorieuses, was initiated by the republicans for violation of the constitution by Charles X, the last Bourbon King of France. He was overthrown and replaced by Louis Philippe, the last King in French history. Eugène Delacroix, a 19th century French artist, witnessed in this painting the uprising and perceived it as a modern subject which he painted with romantic fervor. A woman personifying Liberty leads the people forward over the bodies of the fallen, holding France's national flag and brandishing a musket. In 1830, Delacroix was already the leader of the Romantic school in French painting. He rejected the emphasis on precise drawing that characterised the academic art of his time. 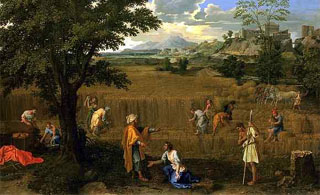 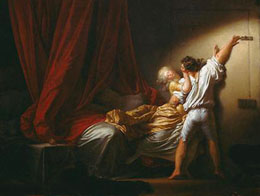 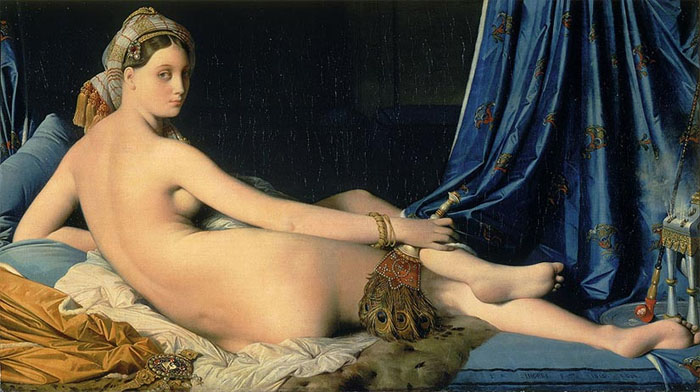 Jean-Auguste-Dominique Ingres was a a 19th century French artist. He considered himself to be a painter of history in the tradition of Nicolas Poussin and Jacques-Louis David. But, by the end of his life, Ingres's portraits were recognized as his greatest legacy. La Grande Odalisque, his most famous nude painting, was commissioned by Caroline Murat, Napoleon's sister. An odalisque is a concubine in the orient. Ingres transposed the theme of the mythological nude to an imaginary Orient. He painted a nude with long, sinuous lines bearing little resemblance to anatomical reality, but rendered the details and texture of the fabrics with sharp precision. The exhibition of La Grande Odalisque at the Salon of 1819 drew sharp criticism. Ingres was seen as disregarding anatomical reality. Another great work by Ingres in Le Louvre is the Turkish Bath.