The pedestrian Parc de Sceaux is the most pleasant park near Paris. Created in the 17th century and easily reachable by RER metro, it is very appreciated by Parisians and gets almost no attention from foreign travellers. Paris gardens.

Parc de Sceaux with 180 hectares is sevent times larger than Luxembourg Gardens and Buttes Chaumont. It is also totally pedestrian to the contrary of the large Bois de Boulogne and Bois de Vincennes. Designed in the 17th century by the gardener of Sun King, it has a varied lanscape, a superb canal, cascades, fountains and lawns. The castle is a 19th century replica and the museum is not worth the time. Parisians come her to relax, enjoy their family, jog and practice various sports. The park is free and open most of the day. Download printable Parc de Sceaux map. 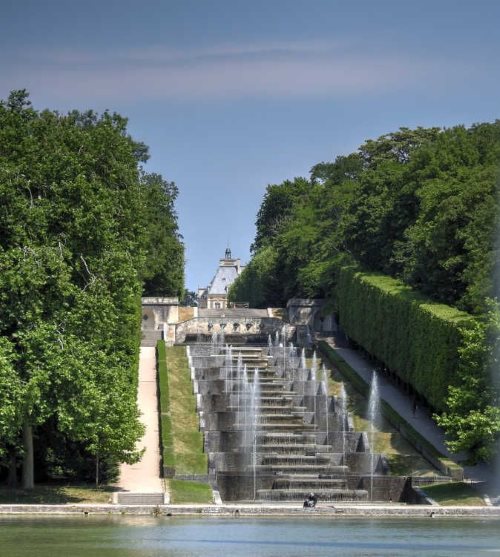 The cascade of Parc de Sceaux

The Parc de Sceaux was acquired in 1674 by Jean-Baptiste Colbert, minister of King Louis XIV, who appealed to the greatest artists of his time to develop it: André Le Nôtre, the gardener of Versailles Gardens and Tuileries Gardens, architect Claude Perrault and Charles Le Brun, the painter of the Hall of Mirrors.

At the death of Colbert, his son, the Marquis de Seignelay, extended the estate and dug the Grand Canal. The Revolution brought the destruction of a good part of the property including the castle. The building was rebuilt in 1856 in the Louis XIII style by the Duke of Treviso. The estate was acquired in the 1920s by the state and the domain knew a certain renewal. Léon Azéma, architect and designer of the Trocadéro gardens, installed a new waterfall. The castle now hosts the Ile de France Museum.

The park's old decor was destroyed during the Revolution and its surface was reduced by twenty percent in the late 1920s, but the vast perspectives designed by Le Nôtre have been preserved and it remains today one of the most beautiful walks of Grand Paris. 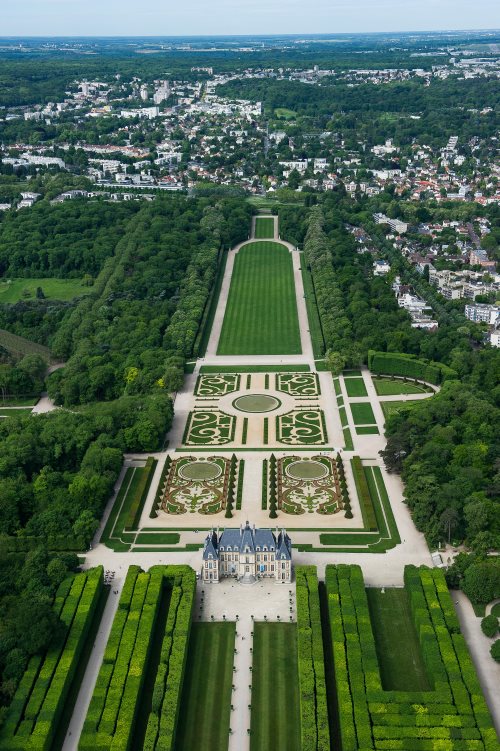 The 264 Japanese cherry trees of Parc de Sceaux offer an unparalleled show in Grand Paris. They are like a fireworks that would last several days in spring. Each year, the Hanami, the flower festival in Japan, is celebrated.

Everyone is invited to extend their picnic table, to attend a free show of taiko (drum) and awa odori (traditional dance).

April is therefore a very good time to visit the Parc de Sceaux, the most beautiful green space of Grand Paris. 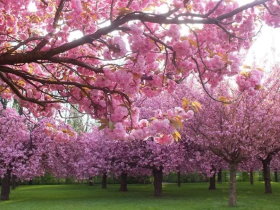