Bois de Vincennes is open 24/24. The Vincennes town north of it is well connected to Paris top sights by metro line 1. We therefore recommend Vincennes for a stay in the city. 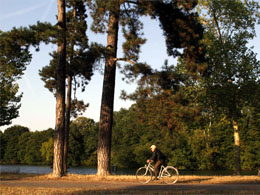 Bois de Vincennes and Bois de Boulogne were created in the second half of the 19th century by Baron Haussman and inspired by Hyde Park and Regent Park in London. Haussman's legacy includes many famous Paris boulevards and these two exceptional recreational areas. Bois de Vincennes is the remains of an old royal forest, as testifies the interesting medieval Vincennes Castle. 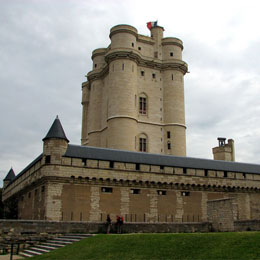 The Jardin d'Agronomie Tropicale is located on the edge of Bois de Vincennes near the city of Nogent-sur-Marne. It houses vestiges of the colonial exhibition of 1907 such as tropical greenhouses, monuments, Asian bridges. Half covered by vegetation and with its many ruins, it is considered the most romantic Parisian gardens. A colonial test garden was first created there in 1899 to coordinate agronomic experiments and reintroduce exotic plants to new production sites. Coffee, cocoa, vanilla and banana plants were grown under glass and sent to the colonies. In 1907, the site was transformed to house five villages of the colonial exhibition: villages Indochinese, Malagasy, Congolese, Sudanese farm and Tuareg camp. After World War I, it hosted memorials to the soldiers of the former colonies. Tropical gardens map. 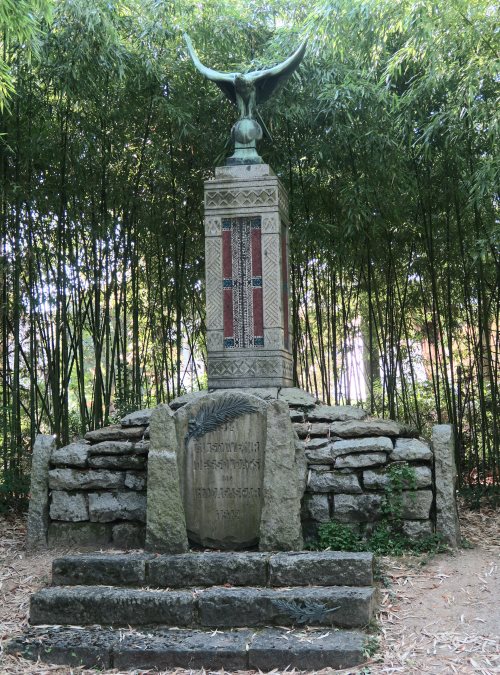 The Paris Zoo (Parc Zoologique de Vincennes) and Vincennes Castle are the two major attractions of Bois de Vincennes. As a complement, go canoeing on Daumesnil Lake or jogging through the woods. We also warmly recommend the Chalet des Iles restaurant. 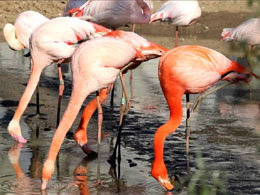