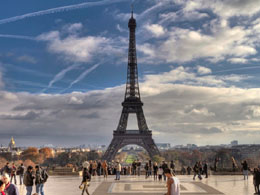 Palais de Chaillot is worth a visit for its museums. Go with your children to the first class Maritime Museum, its great ship models spanning three centuries, or to Paris Aquarium (web site), located in Palais de Chaillot Gardens. 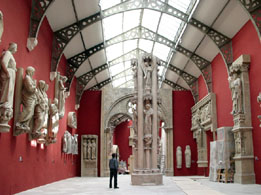 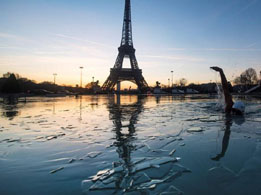 Apartments and hotels near Palais de Chaillot on the map

A former residence of Prince Roland Bonaparte and listed in the French “Monuments Historiques”, Shangri-La Hotel is a hotel palace located 500m away from du Place Trocadéro, across the Seine River and facing the Eiffel Tower.

It reflects both Asian hospitality and French art de vivre. It has 2 restaurants, one of them a Michelin star. An indoor pool and a spa are featured. Many rooms have Eiffel Tower views. 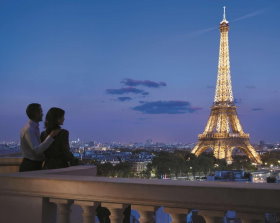 Hotel Shangri-La is a superb palace

Hotel Etoile Trocadéro is in the 16th arondissement, within walking distance of the Champs Elysées and Palais de Chaillot. It offers air-conditioned rooms with satellite TV and private bathroom. Each room at the Etoile Trocadero also features a minibar, a hairdryer and dry-cleaning service is available. A continental breakfast is provided every morning and can be served in the guest rooms. Guests arriving late can benefit from 24-hour reception and they can also leave their bags during the day. Daily newspapers are provided, along with Wi-Fi access. 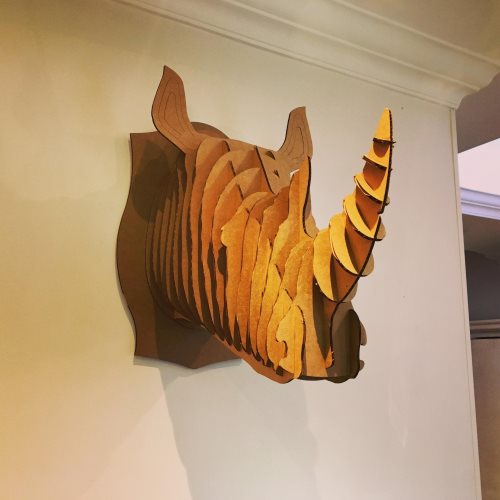 With a unique and breathtaking view of the Eiffel Tower, Les Îlots de Chaillot showcases an inventive and affordable cuisine in the heart of Palais de Chaillot. The Art Deco restaurant room is gorgious and quiet.

Proposed by Véronique Dossetto, an actress with an atypical career, and Olivier Dufour, an esthete and humanist cook, promoted Toque Française, their cuisine offers a choice of fresh products from organic farming. A hidden treasure. 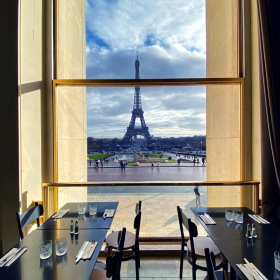 Replacing the controversial Palais du Trocadéro built in 1878, the Palais de Chaillot was built in 1937 by architects Carlu, Boileau and Azema. It was one of the highlights of the 1937 Paris International Exhibition. Two years before World War Two broke out, this World Exhibition, the last in Paris until today, was the dramatic stage of a prestige showdown between the USSR and Nazi Germany. The Palais de Chaillot, the Musée d'Art Moderne near-by and the grande galerie of the Air and space museum are the main legacies of Paris 1937 international exhibition. 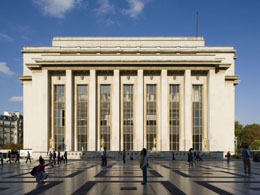 The Palais de Chaillot hosted the third United Nations General Assembly, benefiting from a temporary extraterritorial exception. For this, a ceremony was organized on September 1, 1948, during which the French Minister of Foreign Affairs Maurice Schumann symbolically handed over the keys of the palace to the Secretary-General of the UN, Trygve Lie. 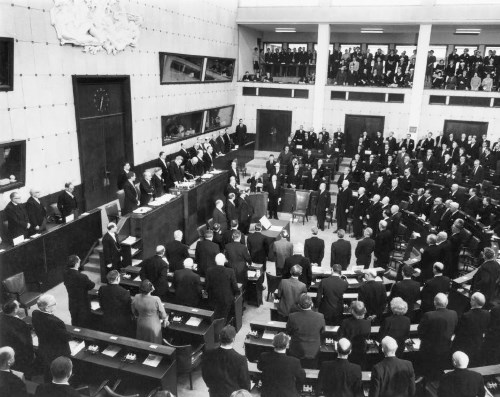