Wedding anniversary in Paris: this is a superb idea. Paris is known as the city of love and romance. There are so many things to do. Just relaxing is an option. Proposing in the City of Lights is another great idea. Things to do in Paris.

Looking for an idea for your wedding anniversary or honeymoon? Come to Paris, the city of lovers.

Paris deserves its reputation as the romantic city of the world. A city where couples of all ages feel at home. A city that resonates with happiness.

Stay 2 to 5 days and take your time. Select carefully the apartment or hotel for your stay in Paris. Alternate sightseeing, shopping, nightlife. Board a Seine river cruise. 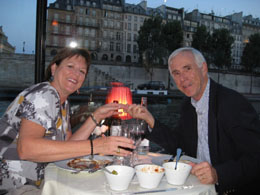 Dinner at Eiffel Tower + Moulin Rouge Cabaret show.
There are many good restaurants in Paris. For a wedding anniversary, we would recommend the Jules Verne and its unique experience on the second floor of the Eiffel Tower (expensive) and the Ciel de Paris at the top of Tour Montparnasse. Restaurants with view of Eiffel Tower.
Visit Disneyland. Attend a Paris concert.
Attend a ballet performance at Opera Garnier.
Enjoy a one day coach wine tour to Champagne. 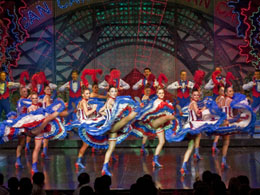 Whether it is for a marriage proposal, a grand romantic gesture, a birthday, an anniversary, or any special occasion, consider 30 romantic experiences in Paris which will totally amaze your loved one. Information.

It is possible to marry or renew vows at the American Church in Paris. Check their web site for detailed information. 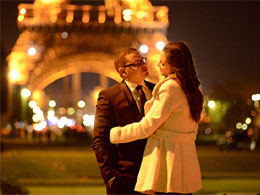 At the edge of the lovely Parc Montsouris, south of the city, Pavillon Montsouris has a beautiful dining room in winter and a terrace right in the park when the weather is good. Service and food are excellent. Prices are moderate for this quality. The metro station is Cité Universitaire on RER B, 10' from Notre Dame. A really good experience for lovers. 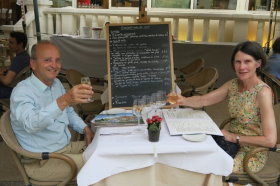