The Musée de l'Orangerie is the third first class impressionist museum in Paris with Musée d'Orsay and Musée Marmottan. Set in Les Tuileries Gardens, it displays the Water Lilies by Claude Monet and the rich Walter Guillaume impressionist collection. An intimate museum centrally located and a good alternative to the crowded Musée d'Orsay. Paris Museums.

Located across the Seine River from Musée d'Orsay, the Musée de l’Orangerie is known for Claude Monet’s monumental series of water lily paintings, Les Nymphéas. The panels are displayed as the artist intended, from floor to ceiling inside two large oval shaped rooms, and bathed in the natural light from two large skylights. The museum also houses the first class Walter Guillaume collection of impressionist paintings and early 20th century art including Picasso, Modigliani, Soutine, and Braque. 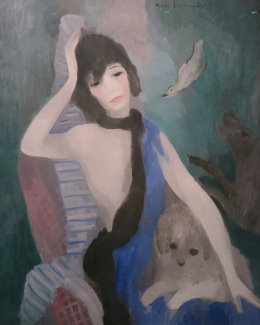 The Walter Guillaume collection, displayed in Musée de l'Orangerie, comprises 146 works collected for the most part by Paul Guillaume, a French art dealer. From 1914 until his death in 1934, he amassed a first class collection, from Impressionism to Modern Art, along with pieces of African art. After his death, his widow Domenica, remarried to the architect Jean Walter, transformed and reduced the collection while also making new acquisitions. She wanted to name the collection after both her husbands when the French State acquired it in the late 1950s.

From then on, the collection was destined for display at the Musée de l'Orangerie. It comprises 25 works by Renoir, 15 by Cézanne, 1 each by Gauguin, Monet and Sisley, all from the Impressionist period. From the 20th century, the museum boasts 12 works by Picasso, 10 by Matisse, 5 by Modigliani, 5 by Marie Laurencin, 9 by Douanier Rousseau, 29 by Derain, 10 by Utrillo, 22 by Soutine and 1 by Van Dongen. 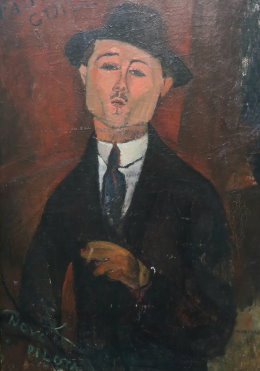 From humble beginnings, Paul Guillaume (1891–1934) rose to become one of the leading cultural players and art dealer-collectors of Paris in the early twentieth century. Guillaume died at the age of forty-two, by which time he had amassed an outstanding private collection of works by leading modernists. Unlike many art collectors of the time, Guillaume did not come from a wealthy and cultivated background, nor was he only interested in simply supplying works of art for customer demand like other art dealers. He also actively promoted certain aspects of the artistic and cultural life of Paris, providing moral and material support to artists, and interpreting the art of his time for his contemporaries. This approach, while not uncommon today, was innovative at the time and had previously been attempted by only a few courageous dealer-collectors in Paris, such as Paul Durand-Ruel and Ambroise Vollard. Guillaume was celebrated by the artists whom he supported; for instance in Modigliani's portrait the words Novo Pilota, or ‘new helmsman’, identify the sitter as being at the forefront of modern art. Guillaume's premature death prevented his dream – of transforming his private collection to a museum of modern art – from being realised. After his death Domenica, his widow and heir, remarried and modified the existing collection, selling some of the more extreme avant-garde works (and later his collection of African art and modern sculpture) and acquiring works of a more conservative character. Domenica's concern to promote harmony among the works in the Guillaume collection made her edited version of the collection all the more typically a capsule of Parisian taste in the 1920s. Before he died, Paul Guillaume had resolved to give his collection to the Louvre. Domenica, a lover of Impressionist art (Monet's Argenteuil 1875 was one of her last acquisitions), sought to intertwine her late husband's philanthropic impulses with her own. After much negotiation, the French state acquired the collection in two consignments in 1959 and 1963 and housed it in the refurbished Musée de l'Orangerie in Paris, which was at the time attached to the Louvre for administrative purposes. The Orangerie now housed not only Monet's major Water Lilies cycle of paintings, but also the magnificent collection bearing the names of Domenica's two husbands, Jean Walter and Paul Guillaume. The collection has been on permanent display since 1984.

The Musée de l'Orangerie is housed in an old orangery, built in 1852 to house the tangy citrus fruits of the Tuileries garden in winter. Like all orangeries, the stone building was designed in length, and was glazed on the Seine side and walled up on the garden side in order to keep the heat of the building as much as possible. Its rather classic and understated decor blends in perfectly with the surrounding neighborhood. Transformed from the end of the 19th century until the beginning of the 20th century into a warehouse, accommodation for soldiers, then a place for various events, the old orangery finally fell into the hands of the administration of the Beaux-arts in 1921, wishing to house an annex to the Musée du Luxembourg, at the time the National Museum of Modern Art. Chosen to furnish the interior of the building, Claude Monet produced a superb wall set which he named the Water Lilies cycle and which he donated to France. The museum was open in 1927. 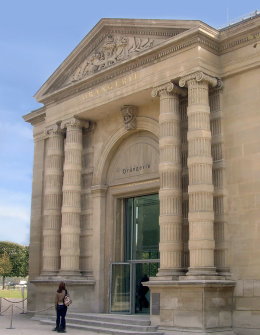 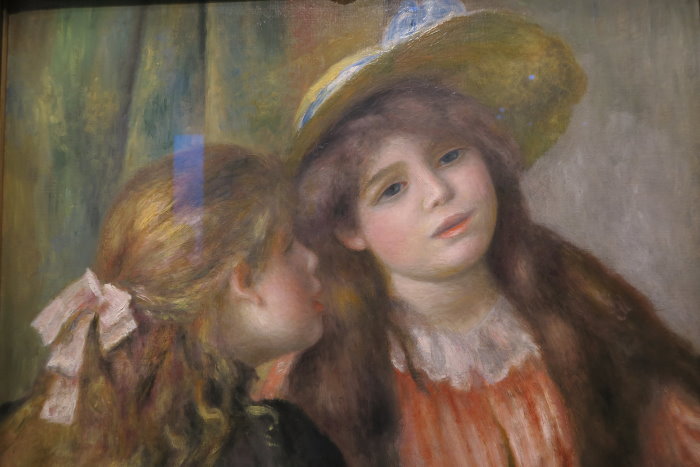 Apartments and hotels near Musée de l'Orangerie on the map 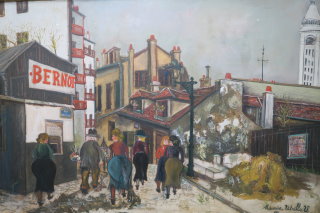 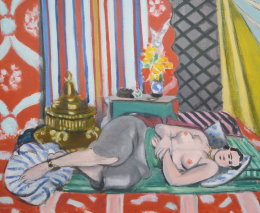 
Detailed history of the Waterlilies in Musée de l'Orangerie