Bercy district in Paris is famous for Accor Arena, originally called Palais Omnisports de Bercy, its Bercy Village restaurant and shopping area, its film conservatory, called the Cinémathèque, a building designed by Frank Gehry, and its 14 hectares park alongside the Seine river, one of the most beautiful and unknown parks in the city. With modern hotels, the district is altogether nice for a stay. Enjoy its park and its metro connections to most sights in the city. Places to visit in Paris.

Accor Arena Bercy nicknamed Bercy, is a polyvalent indoor sport and concert arena in Paris on the model of Madison Square Garden in New York City.

Located on the edge of Parc de Bercy on the right bank of the Seine River east of the city, it has been fully renovated recently and named Accor Arena. The Arena is the venue of many concerts and sports events, including the famous Paris Masters. The basket-ball competitions of the 2024 Olympics will be held in Bercy Arena.

The venue has a truncated pyramid shape and is completely covered by inclined lawns. The seating varies from 7,000 to 20,000, depending on the event. Sports in Paris. 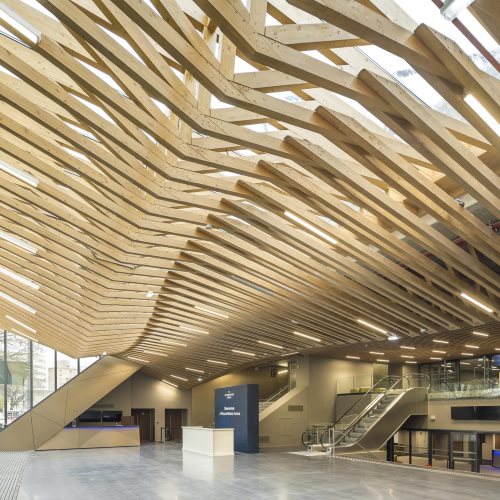 Paris metro: metro station Bercy on line 6 and 14. Locate the Palais Omnisports on the map. Details on Accor Arena. This district of the city is quite pleasant for a stay: easy metro connection to most sights, large and beautiful park, Cinémathèque Francaise, the Seine river and Bercy Village, the lovely restaurant and shopping area. 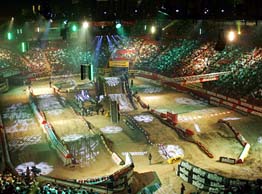 With an area of 14 hectares, Parc de Bercy is a set of three gardens built on the site of the old Bercy wine warehouses, between the Palais Omnisports of Paris Bercy and Bercy Village shopping and catering center. In the central part are still visible rails, a winery (former wine bottling site) and the warehouse keeper's house. In the "Romantic Garden", the house of the tax collectors subsisted. The garden has preserved from the ancient site the orthogonal grid of streets and some cobblestone pavements that were once used to transport wines from the banks of the Seine. The area nearest to the POPB has large lawns shaded by tall trees. Set back, the original construction of architect Frank Gehry, the French Cinémathèque opened in 1994 as the American Cultural Center. The central part of the park is composed of 9 squares of culture. The romantic garden extends beyond the footbridge, which overlooks Joseph Kessel Street, to Bercy-Village. It includes ponds where live fish, dunes reenactments, with in the center of one of them, a sculpture surrounded by water lilies. 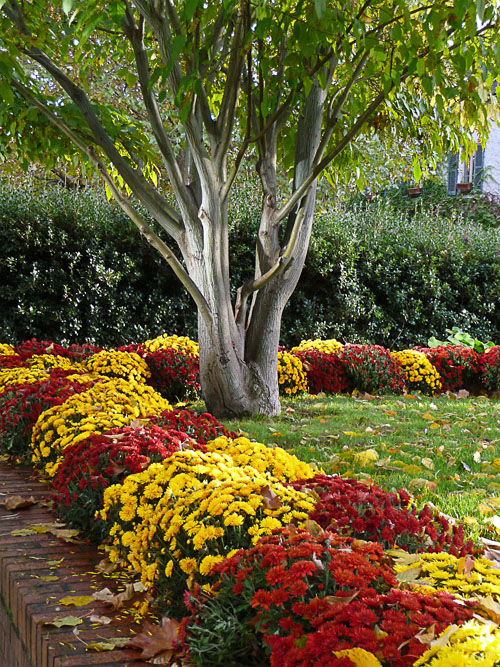 Bercy has a number of modern and confortable hotels, close to Parc de Bercy and to most sights by metro (Paris hotels).

Kyriad Hotel Paris Bercy Village: 5-minute walk from Palais Omnisport and 350 m from Cour Saint-Emilion metro station. Limited parking is available with an extra cost from 12:00 to 12:00 the next day. 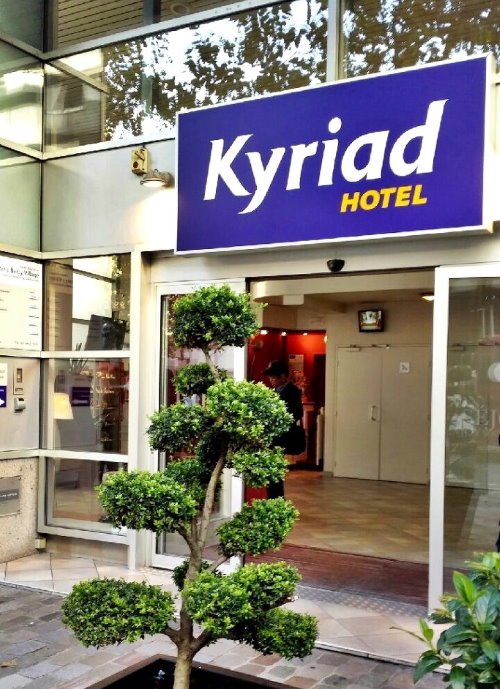 Apartments and hotels in Bercy district on the map

Bercy Village is a paved courtyard bordered with white stone warehouses and quiet terraces. The Cour Saint-Emilion and its 42 warehouses are the last of the Bercy storage areas that for over a century held the largest wine market in the world. Bercy Village has shops, restaurants, leisure activities and entertainment spread over 26,000 m2 including Five Guys, Fnac, Va Piano, Sephora, Fragonard, Nature & Découvertes, Maje, Sandro and the UGC Ciné Cité cinema multiplex. Open every day from 11am to 9pm (restaurants close at 2am) Concerts every Thursday during the summer, photo exhibitions, Paris events in summer, Play Me I’m Yours piano. 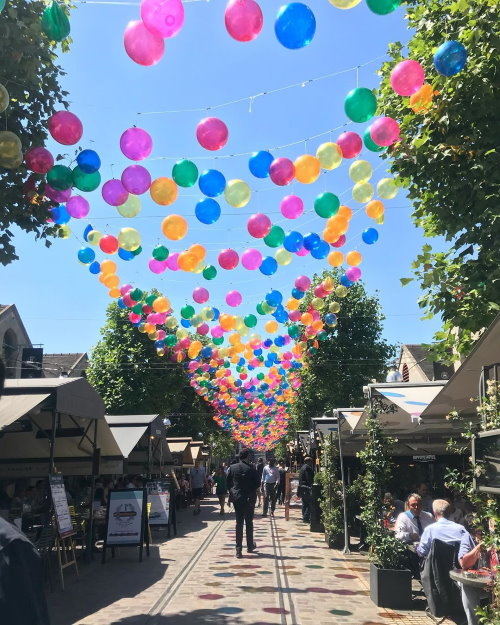 The Cinémathèque Francaise holds large archives of film documents and film-related objects. It is located in Bercy district in a postmodern building designed by Frank Gehry, an American architect who designed Fondation Louis Vuitton. The archive has daily screenings of world films. A restaurant on the lower level is open to the public. Cinema in Paris. 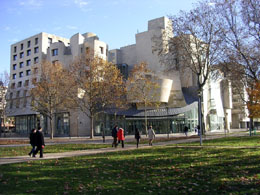 The Cinémathèque is in Parc de Bercy

The Bercy district has always been associated with wine, closely associated itself with France. When Bercy was still a rural village outside the city walls, Parisians came to drink cheap, untaxed wine at the many guinguettes along the river. In late 19th century, the district became the center of the French wine market. Its newly created storehouses had its own shops, craftsmen, growers and negotiators, working to buy and sell the wine that arrived by rail and boat. Wine was stored in rows of large stone chais, before being bottled and shipped around the world.

Changes in modern transportation and economics slowly rendered this market obsolete, as wine was bottled in the region of production and directly sent from there. By the 1970s, the Bercy district was an industrial wasteland full of squatted buildings, rusty railroad tracks and weeds. The city administration decided to rehabilitate the neighborhood. After decades of massive construction projects, the district, including the arena, the park and the village, is one of the most pleasant and peaceful districts of the City of Lights. 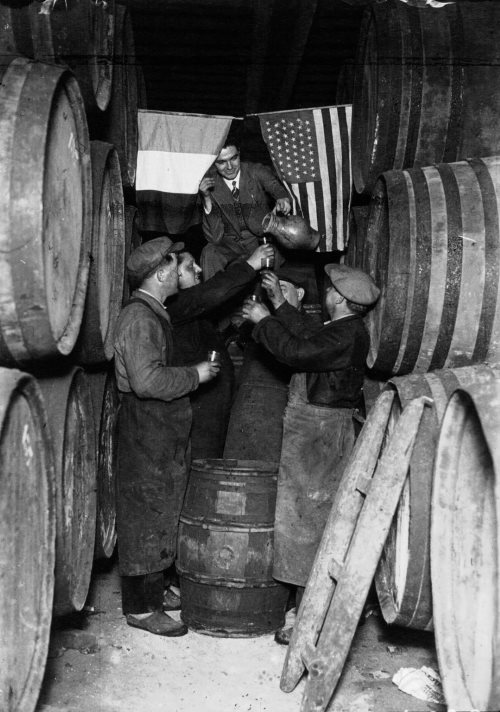 The wine warehouses in the old time 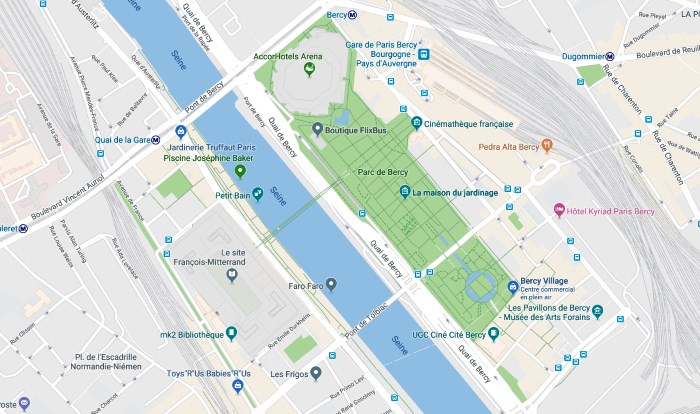