Place des Vosges is one of the most beautiful squares in Paris and the heart of Le Marais district. Its lawn and shade are appreciated when the weather is fine. Antiques, art shops and restaurants are found under the arcades. Le Marais.

The industrious French King Henri IV commissioned its construction in 1605. The square and the houses bordering the square were completed in 1612 and remained intact. 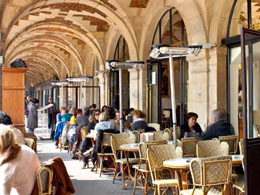 Place des Vosges is a good starting point for a visit of Le Marais and for shopping in rue des Francs-Bourgeois. Check the walk in Paris Marais. 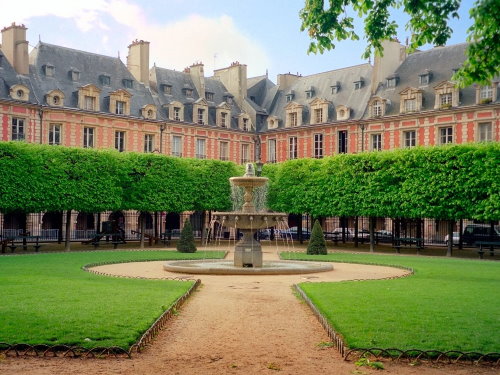 The history of Place des Vosges goes back to 1604. King Henry IV commissioned then a pavilion at the southern end of the square. He then ordered to build 35 other buildings following the same design and forming a square. The result is a beautiful and early example of urban planning. The symmetrical square is surrounded by buildings with red brick and white stone facades constructed over arcades. The Royal pavilion at the center of the southern side, the King's pavilion, was built on top of a gateway. It is mirrored at the northern side by the Queen's pavilion. The square was inaugurated in 1612 by Louis XIII, the son of Henri IV, as Place Royale. It was then a favorite place for duels, a stricly forbidden activity since 1626. In 1639, Richelieu, his minister, commissioned an equestrian statue of King Louis XIII at the center of the square. Destroyed during the French Revolution, it was replaced by a new statue in 1825. In 1800, Napoléon changed the name of the square from Place Royale to Place des Vosges to show his gratitude towards the Vosges, the first department in France to pay taxes. 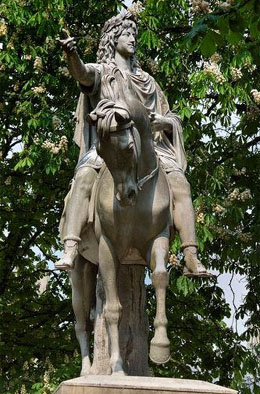 Victor Hugo, the author of the novel "The Hunchback of Notre Dame", lived from 1832 to 1848 on the second floor of Hotel de Rohan-Gueménée. The house, called Maison de Victor Hugo, is today a museum. Visit the rooms where Victor Hugo wrote most of Les Misérables, a historical novel, published in 1862 and considered one of the greatest novels of the 19th century. On display are souvenirs, drawings and books from his childhood to his exile between 1852 and 1870. 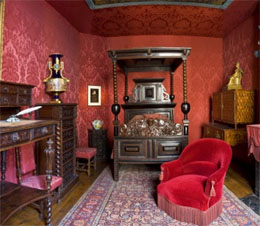 A room of Victor Hugo Museum

The Hotel de Sully is one of the most beautiful private mansions in Le Marais. This 17th century monument was home to Henry IV's minister, Maximilien de Béthune, Duke of Sully. Since 1967, it is the headquarters of the Centre des monuments nationaux and is not open to visit. The garden, which was originally planted with a formal embroidery effect, has two entrances: 7, Place des Vosges at one end and 48, rue Saint-Antoine through the courtyard at the other end.