Le Marais shopping is the trendiest in Paris. No shopping mall or department store except BHV Marais. Tiny stores selling the most innovative fashion brands in town. Most are open on Sunday which is still rare in the city. Shopping in Paris.

Le Marais is the trendiest district of Paris: old streets, sights, lively bars, restaurants, Jewish and gay communities, you have it all. Le Marais is also the heart of trendy French fashion. Find there a myriad of stores from innovative brands you will find nowhere else. Stores open on Sunday. Rue des Rosiers and rue des Francs-Bourgeois are the heart of French fashion shopping in Le Marais district. 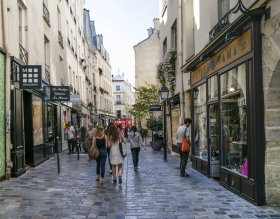 Since 1980, when their first store opened on the Champs-Elysées, l'Eclaireur has been presenting designers with unusual and rich approaches to their work. It quickly established itself in the City of Lights as an avant-garde force in the world of fashion and design.

By bringing design and fashion together in spectacular stores, the founders, Martine & Armand Hadida, opened new paths. Avant-garde choices and service dedicated to the needs of a highly aesthetic-oriented and worldly clientele remain the pillars of the brand wherein clients and creators collaborate, and become essential actors themselves in the experience. Their Le Marais store is worth a visit for itself.

Tuesday to Saturday 11am to 7pm.
Locate l'Eclaireur store on Paris map 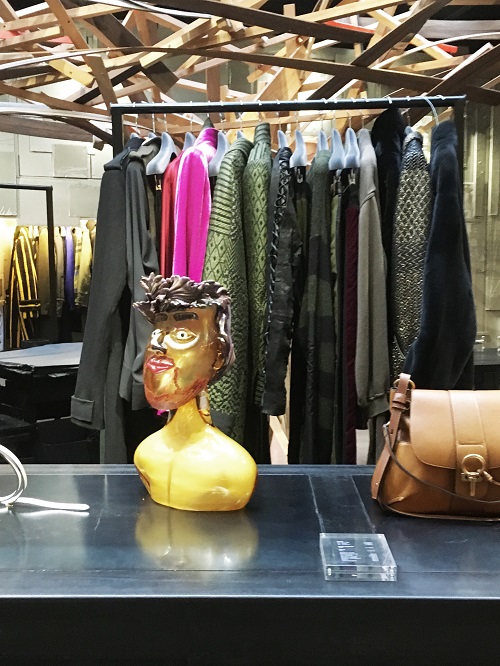 Located in a mid-19th century foundry with a total sales floor of around 820 square meters over three levels, the store showcases a beautifully preserved historic site and is definitely one of the most beautiful stores in the city.

The second Uniglo store in the city, the first to be opened, is located 17, rue Scribe, near Opéra Garnier. 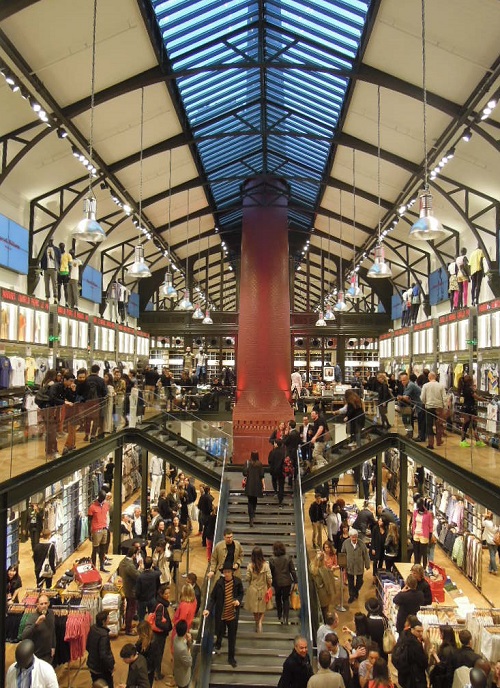 From pizza to fresh pasta to cooking classes, Eataly, opened in 2019, let you discover 1,200 products and 1,500 wines from Italy. Eataly has seven catering outlets with altogether 400 seats. A festival of specialties and products selected from little know producers, under the aegis of Slow Food, the Italian cultural movement to defend farmers from all regions. The first Eataly concept store was opened in Turin in 2007, followed by New York, São Paulo, Tokyo, Moscow and Dubai. 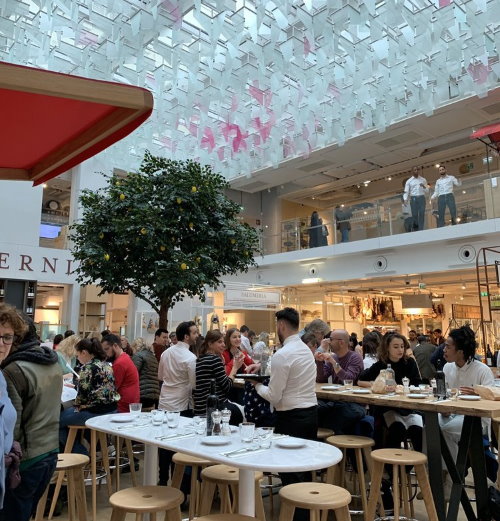 Le BHV Marais is not as fancy and high end as the other department stores. Traditionnaly the best hardware store in town, Le BHV Marais has good fashion, house decoration, kitchenware, tableware departments. The advantages of Le BHV Marais are its location, its mid range positionning and its moderate size for quick shopping. 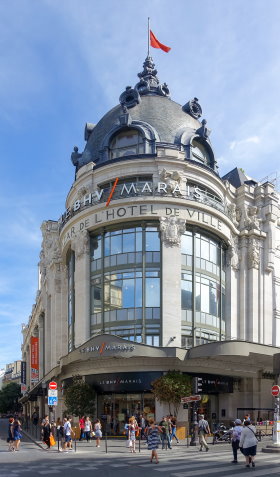 Behind an iron gate in Le Marais lies the Marché des Enfants Rouges, the oldest market in the city established in 1615. While an exciting destination for foodies, the choices and lines can be overwhelming. Not every stand is equally excellent. The covered market’s name, literally “market of the red children”, references its origins as an orphanage where the children were dressed in red, the color of Christian charity. Although originally a produce market for raw goods, the Marché des Enfants Rouges is now a dining destination. While you can shop here for ingredients, there are better markets for produce. This is an eater’s market. This isn’t a food court: each stall operates as a separate restaurant so eat-in diners should consume their food at a table at the stall where they ordered. Information 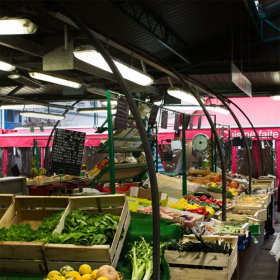