Paris Maritime Museum, has interesting collections of shipmodels. Housed in the Palais de Chaillot, facing the Eiffel Tower on the Seine river banks, the Musée de la Marine, its French name, is a good introduction to the history of the maritime world. The museum is undergoing massive renovation work and is closed until further notice. Visit top Paris museums.

Housed in the western wing of Palais de Chaillot, the Musée de la marine (Paris Maritime Museum) displays a great collection of ship scale models from the 17th century to the present time. The Musée de la Marine is closed for renovation, but is is possible to see its collections.

In 1783, Frenchman Claude Jouffroy Abbans was on the Saone in Lyon aboard the Pyroscaphe. This steamboat was propelled by a paddle wheel system with transmission rack. Its achievement was particularly good and certainly promising: hull ash and oak lined siding, figurehead representing a greyhound head boxwood.

Unfortunately, the Academy of Sciences forbade him to exploit his invention in Paris, prefering a competitor's project. 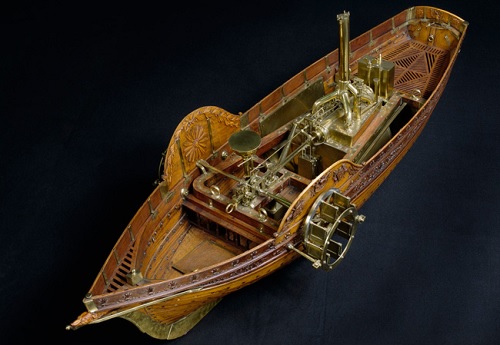 In 1859, engineer Henri Dupuy de Lome designed the first armored frigate in the world, the Glory. By increasing the ship proportions and refining the forms from the front, he designed a ship twenty years ahead of his time. Its shielding screwed onto the hull of wood comprised of wrought iron plates, secured to one another and thick 10 to 12 cm. If water and military qualities of this ship were unquestionable, life on board was very difficult, as any opening was banned to avoid piercing the armor. 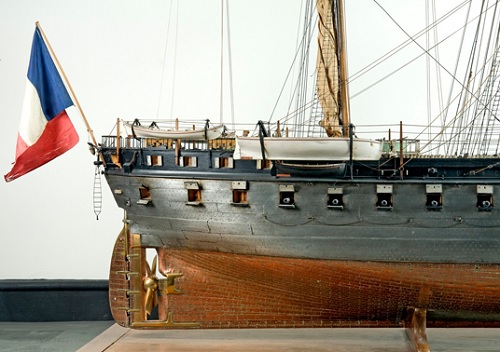 1859 Glory was the first armored frigate in the world

Founded in Le Louvre in 1748 as part of the new shipbuilding engineering school, still existing today as Ensta, the National Maritime Museum is a museum of art, history, science and technology . With the museum of the Fleet in St. Petersburg, he shares the privilege of being one of the oldest maritime museums in the world by the size and diversity of its collections. Recognizing the vital educational role it must play, it is preparing a completely new presentation of its permanent galleries for 2021. 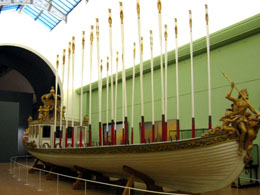