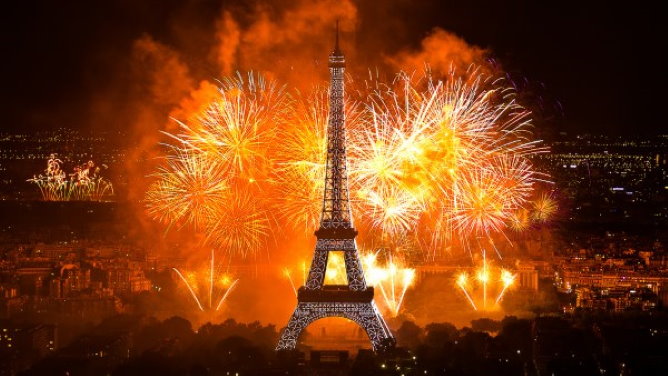 The taking of the Bastille was the first major event of the Revolution. Because of the many grievances that reached him and to solve a disastrous financial situation, King Louis XVI convened in Versailles on May 5th, 1789 the General States. This assembly of representatives of nobility, clergy and Third Estate had not been convened since 1615. 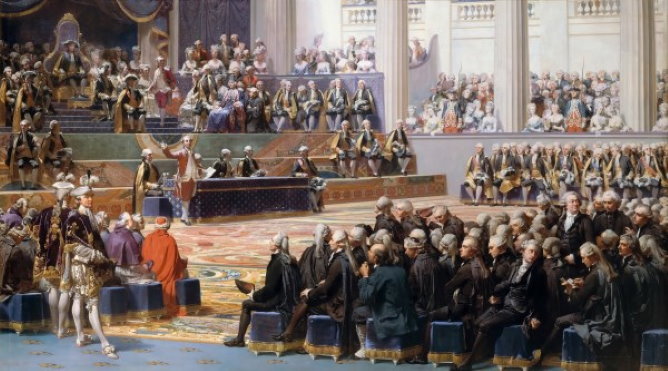 The assembly demanded a profound reform of the institutions and, on July 9th, proclaim themselves National Constituent Assembly. The anxious king, dismissed his minister Necker and secretly summoned Swiss and German regiments near Versailles. Rumor had it that the royal troops were preparing to enter Paris to arrest the deputies. On July 12th, Camille Desmoulins, a political activist, standing on a barrel, harangued the crowd and announced massacres of citizens. On the morning of July 14th, angry Parisians, mostly artisans and shopkeepers, fetched weapons at Les Invalides, then headed to the old royal fortress of the Bastille, in search of powder. After a day of bloody shooting, and thanks to the rallying of national guards, Parisians seized it and started its demolition. The austere fortress, an old medieval prison that in effect was empty, symbolically embodied the arbitrariness of the Royalty. The consequences were immediate: Louis XVI went to the Assembly on July 15th to announce the withdrawal of foreign troops, he recalled Necker on the 16th and, on the 17th in Paris, received from the mayor of Paris Bailly the tricolor cockade, the new emblem of the Revolution. 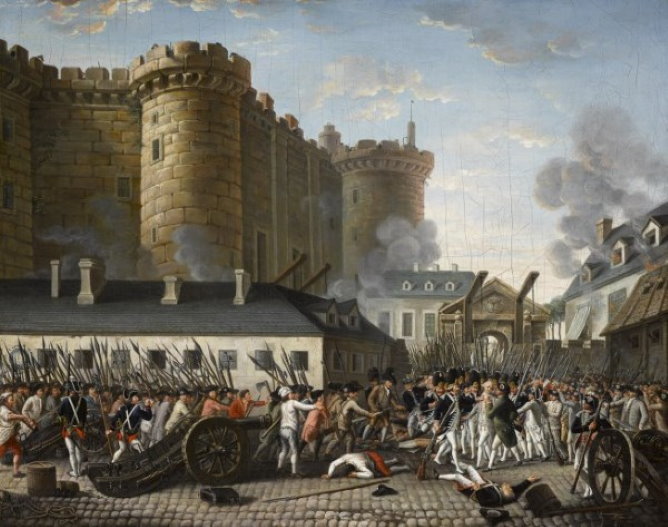 Starting in the summer of 1789, the French provinces started creating regional federations of National Guards in response to the weakening of the central power. Faced with this spontaneous movement, the Paris Commune, under the leadership of Lafayette, adopted the principle of a large National Federation of representatives of local federations to meet in Paris on July 14th, 1790. If it celebrated the taking of the Bastille, the festival of the federation brought a general feeling of order and unity in a country in crisis. On the day, 14,000 federated soldiers arrived in Paris and paraded under the banner of their department, from the Bastille to Champ de Mars, which was arranged for the occasion and bordered by two mounds of land, raised to accommodate 400,000 spectators. On the esplanade, bourgeois, aristocrats, ordinary people, men and women mixed, attended the ceremony: a great mass was celebrated by Talleyrand. La Fayette, as captain of the Paris National Guard, took the oath of the Constitution decided by the National Assembly; the King Louis XVI sweared to uphold the Constitution. The aspiration to national unity triumphed and the ceremony was transformed into a big popular festival. 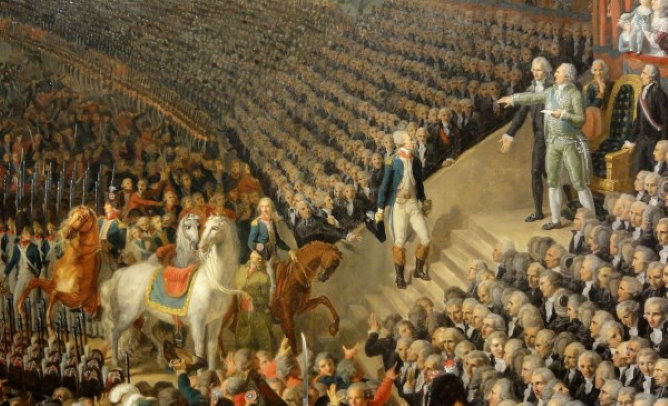 The military parade of July 14th is organized annually since 1880 in Paris on Bastille Day. This military demonstration sometimes invites units of foreign armed troops to parade alongside the French armies. Traditionally, the military procession, composed of foot units, mounted, motorized and air, march from Arc de Triomphe alongside the Champs-Elysées, down to the Place de la Concorde where the military salute the President of the Republic, his government, the main authorities of the State, the diplomatic corps as well as foreign political figures, if any. 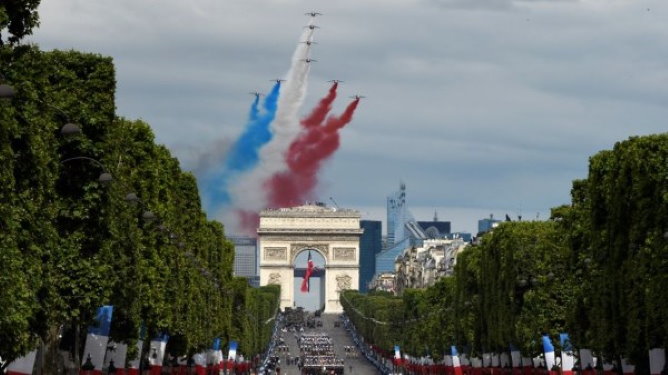 The must-see show of Bastille Day in Paris is Eiffel Tower July 14th fireworks. The fireworks are set off from the Eiffel Tower and the Palais de Chaillot gardens. A huge crowd is attending these dazzling shows with choreographed multicoloured fireworks bursting open against the backdrop of the Parisian night sky. The public is invited to watch the show from the Champ de Mars. Starting time of the 14 July 2019 fireworks display: from 11pm, for a duration of 30 minutes (subject to conditions). In addition, for the seventh consecutive year, a big classical concert is taking place at the foot of the Eiffel Tower. A free quality event in an amazing setting starting at 9.30pm.

Opéra Bastille is a modern opera house located on the Place de la Bastille in Paris. Commisionned in 1981 by President Francois Mitterrand, it was designed by Carlos Ott and inaugurated in 1989 on the occasion of the celebrations of the bicentennial of the Revolution as part of major works for Paris. It is with the Opera Garnier one of the two opera houses constituting the Paris Opera.