Fernand Léger Biot Museum is the only museum in the world dedicated to Fernand Léger, a major French artist of the 20th century. Set in Biot, a lovely village of the French Riviera and accessible to all, the museum organizes many ways to approach its collections and allows to get acquainted with the great names of art of the twentieth century. French Riviera.

Unlike Pablo Picasso, Marc Chagall and Henri Matisse, who, after WWII settled in the French Riviera, Fernand Léger (1881-1955) never lived in the French Riviera In 1955, he bought a villa in Biot, called Mas Saint-André, but he died soon afterwards. His wife, Nadia Léger, decided to create a museum on the property. The Léger Museum in Biot was inaugurated in 1960 and donated to France in 1969. 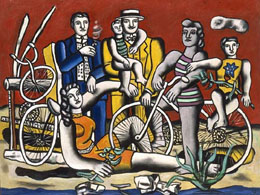 Léger is lesser known than Picasso, Chagall and Matisse, the three other painters having their dedicated museum in the riveria. Nevertheless, he displays in his museum a lively and colorful art that is very distinctive and second to none. 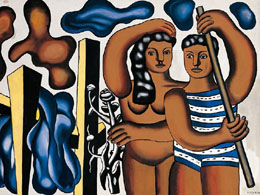 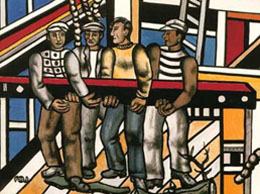 Fernand Léger was born in 1881 in France. Gifted with drawing, he moved to Paris in 1900 where he attended the School of Decorative Arts and the Julian Academy. He lived and worked in Montparnasse district where he got to know Robert Delaunay, Marc Chagall and Blaise Cendrars. From 1910, Cubism seduced him. After a first contract with the dealer Daniel-Henry Kahnweiler, he participated in exhibitions in Paris, Moscow and in New-York City. The war abruptly interrupted for four years these first successes. In 1917, he signed a contract with the gallerist Léonce Rosenberg. Reformed at the end of that year, he undertook large paintings which were influenced by the theme of modernity. With the arrival of the Popular Front, his political commitment was manifested through large murals where he reconciled avant-garde and folk art. The war interrupts his work again. In 1940, he moved to New-York City. The city inspired him his last great compositions. Returning to France in 1946, he devoted himself to monumental works until his death in 1955. 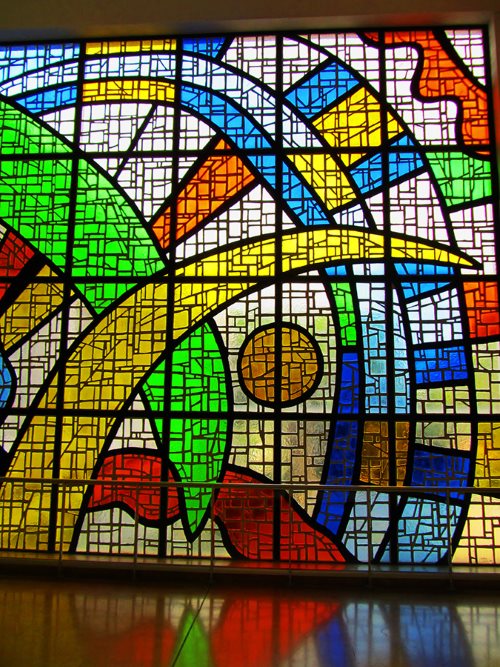 Biot is a lovely village in the French Riviera. See Fernand Léger Museum, the Biot glass blowers, the Biot village and its surrounding countryside.

Close to Antibes, Cannes, Nice and other French Riviera sights, Biot is a great destination for a week-end. The Chagall Museum Nice, Matisse Museum Nice and Picasso Museum Antibes are three other great museums near Biot. Fly Air France or Easyjet to Nice. 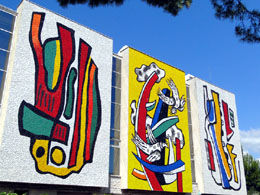 Apartments and hotels in Biot on the map