Chagall Nice Museum is certainly the most beautiful museum of France dedicated to one single painter. French Riviera.

Chagall and the French Riviera

Born in Russia, Marc Chagall (1887-1985) spent much of his long life in Paris and in the French Riviera. He took French Nationality and was a French celebrity.

Marc Chagall spent World War II in the USA. In 1950, back from the USA, Chagall bought a house in Vence in the French Riviera. He began to work with ceramics in Vallauris with Picasso. 1955 saw the beginning of the project to decorate the Chapel du Calvaire in Vence, one of his greatest achievements. Over 20 years, the artist produced among others stained-glass windows in Metz, Reims, Jerusalem, the UN HQ in New-York City, Zurich and Mayence and the ceiling of the Paris Opera.

In 1966, he donated the Biblical Message to the French State. This inspired the creation of the Chagall museum in Nice which was inaugurated in 1973. Chagall continued to work right up until his death in 1985 in Saint-Paul-de-Vence in the French Riviera where he is buried. 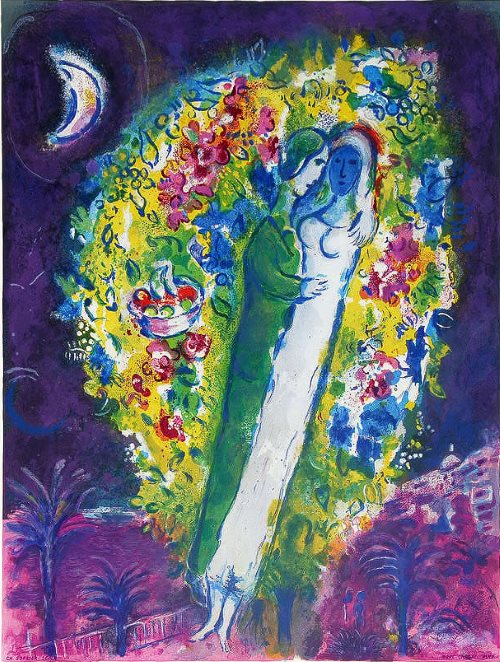 The Musée National Marc Chagall opened in Nice in 1972 in the presence of Marc Chagall himself who had given in 1966 his wonderful Biblical Message to France. Since then, it may be considered as the best Chagall Museum in the world.

The collection is organized around the set of works produced by the painter on the Old Testament themes, supplemented by a large number of works of secular or religious inspiration: over 400 pieces of art. The museum has a first room with twelve large-size paintings illustrating the first two books of the Old Testament, Genesis and Exodus. In a second, smaller hexagonal room are five compositions on the theme of the Song of Songs, another Old Testament book. 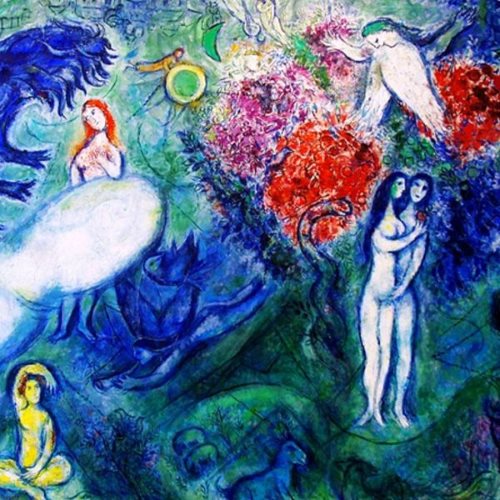 Open daily except on Tuesday, 1st January, 1st May, 25th December. From November to April 10am to 5pm. From May to October, 10am to 6pm. Entrance fee including access to the permanent collection and audioguide in French, English, Italian, German, Russian, Japanese, Chinese: full rate : 8 euros. Reduced rate: 6 euros. To complement your visit to Nice Chagall Museum, see Chagall paintings of Paris Centre Pompidou. 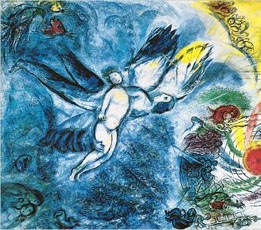 You can visit Nice and the riviera in helicopter.

Close to Nice, go to Cannes, Picasso Museum Antibes, Monaco and Menton. Nice is a great destination for a week-end or a week. Fly Air France or Easyjet to Nice Airport. 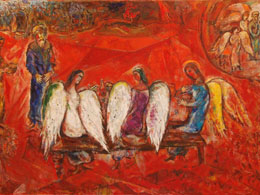 Apartments and hotels in Nice on the map

This apartment is centrally located on Place Massena in Nice. It is 4 minutes walk from the beach. It offers accommodation with free WiFi and air conditioning. This 2-bedroom apartment comes with a seating area, a flat-screen TV, a Blu-ray player and a kitchen with a dishwasher. The apartment also offers a bathroom with a bidet and a shower. Popular points of interest near the apartment include Massena Square, Nice Opéra and Albert 1st Gardens. Côte d'Azur Airport is 6 km away. 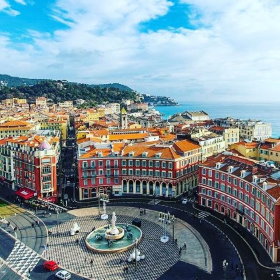