Cannes evolved from a modest fishing village of the French Riviera into a world famous seaside and cultural city with the film festival as top event. Cannes is an exceptional seaside resort with golden sand and a dream bay. French Riviera.

At the end of the Roman Empire, Saint Honorat founded a monastery on the island that today bears his name across the bay from Cannes. The monastery became a Christian spiritual center where great evangelizers came from, including Patrick, the Patron Saint of Ireland. The monastery still exists today. In 1834, the great Chancellor of England, Lord Henry Brougham and Vaux, on his way to Italy to visit, made a stop in Cannes. The charm operates: the bay, the massif of Estérel, the islands, the provencal sweetness. In a few years, the village turns into a seaside resort run by the good society of London.

Today, Cannes is a world famous seaside resort in the French Riviera, both a busy tourist destination and the host of many conventions and festivals including the Cannes Film Festival and Cannes Lions International Advertising Festival. Cannes's sunny weather, beaches, landscape, fancy hotels and shops turn it into an icon of the jet set. 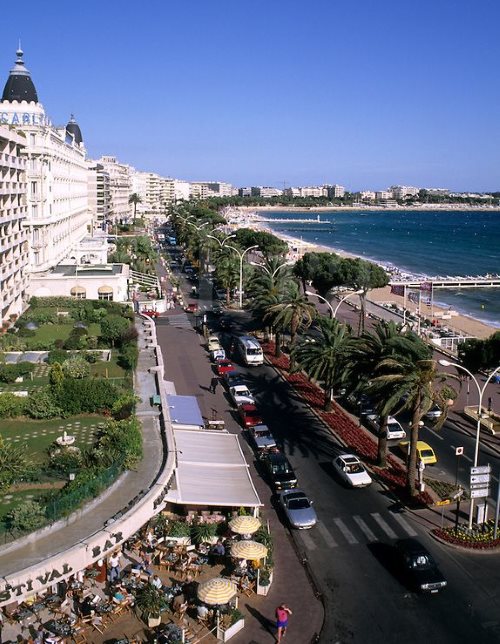 Spend two days in Cannes. In one day, see the old harbour, the Quartier Suquet (the old Cannes), the famous Croisette with its beaches, the Palais des Festivals and the famous Carlton hotel. Take one day to go to Saint Honorat, an unspoiled island off the coast with Abbaye de Lerins, an impressive monastery founded in the 5th century. Visit Antibes Picasso Museum and Biot Léger Museum nearby. Locate Cannes on French Riviera map. Check French Riviera weather when organizing your visit. 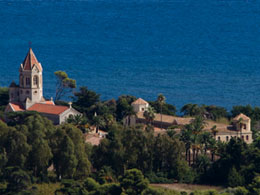 Apartments and hotels in Cannes on the map

The Cannes International Film Festival (Festival International de Cannes in French) is an annual film festival which previews new films from around the world.

Founded in 1946, the Cannes Festival is one of the most prestigious film festivals in the world. The invitation-only festival is held in May at Palais des Festivals. 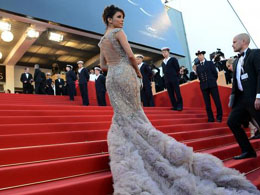 Conventions and Festivals in Cannes

The Palais des Festivals is a world class convention venue. Cannes welcomes international festivals and conventions all year round. The Cannes film festival is the most famous of all. But, a few other ones are world class: 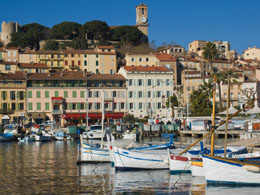