The Paris to Versailles excursion is a top thing to do. Versailles city is easily reached by metro or RER from various stations in the City of Lights. Getting to the Palace is a twenty minutes walk. A coach tour from Paris is a good idea as it is more practical and includes skip the line tickets. The key question is indeed to avoid the queues. Palace of Versailles facts.

The Palace of Versailles, a World Heritage Site, is 20km south west from the City of Lights. Check Versailles map.

The Paris to Versailles trip takes half a day, including Versailles visit. We recommend you to plan a whole day if you can, to visit the Gardens at ease and the beautiful Trianons. Lunch is also possible in two lovely restaurants in the Gardens: la Flotille and La Petite Venise.

The easiest Paris to Versailles alternatives are the all included coach tours from the city to Versailles. You will avoid the stress, the twenty minutes walk from the station and the queue with skip the line tickets. 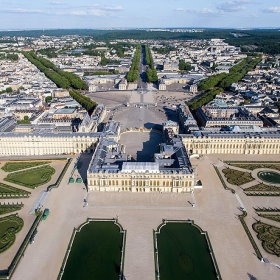 Paris to Versailles by metro

You must buy a special ticket or a Paris metro pass 6 zones. The trip takes 40 minutes to Versailles Rive-Gauche station (Versailles map). Trains leave every 20 or 30 minutes. Count 20 minute walk from the station to the Palace. 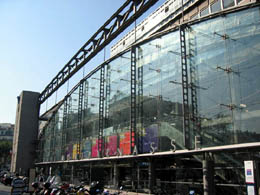 Paris to Versailles by train

These two Versailles stations are farther from the Palace than Versailles Rive-Gauche station (Versailles map), the end station of RER C. 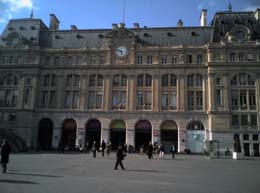 The Hall of Mirrors is the most celebrated room in the Palace. Setting for many of the ceremonies of the French court, it inspired many copies and renditions throughout Europe. The King’s apartments are a suite of rooms originally set aside for the use of Sun King in 1683. His successors used these rooms for such ceremonies as the lever and the coucher. The Queen’s Apartments are a suite of rooms that were reserved for the personal use of the queen. The chapel, which was the last major building project of Louis XIV, is one of the finest examples of French Baroque architecture.

Closely associated with Sun King and his gardener, Le Notre, the XVIIth century French style Versailles Gardens are one of the jewels of Versailles. The Grand Canal, the Grand Trianon, the Petit Trianon, the many statues and fountains are the main treasures of what could be the most famous gardens in the world. 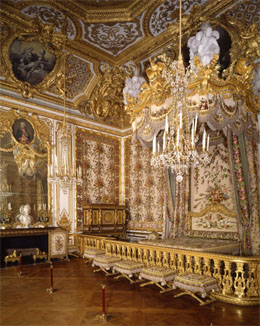