Musée de Cluny is the Museum of the Middle Ages in Paris. Dedicated to medieval art, it is exceptional in many ways. Its collections of medieval works are among the richest in the world, sweeping 15 centuries of mainly French and European art. It is housed in a medieval building close to Sorbonne University, the Hôtel de Cluny, including Roman baths. Paris museums.

Now listed as a historic monument, the Hôtel de Cluny, built in the flamboyant Gothic style, is the last witness to medieval civil architecture that can be visited in Paris. The museum also includes part of the Thermes de Cluny, the last Gallo-Roman vestige of the capital with the Arènes de Lutèce.

The permanent collections of the museum are exhibited on two floors and divided into different themed rooms: stained glass windows, Gothic or Romanesque art, as well as medieval works recovered, among other things, from excavations carried out around Notre-Dame de Paris. 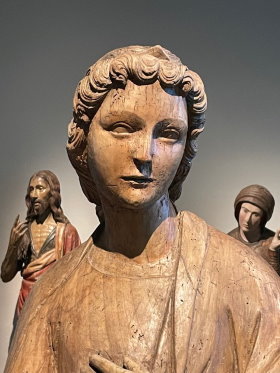 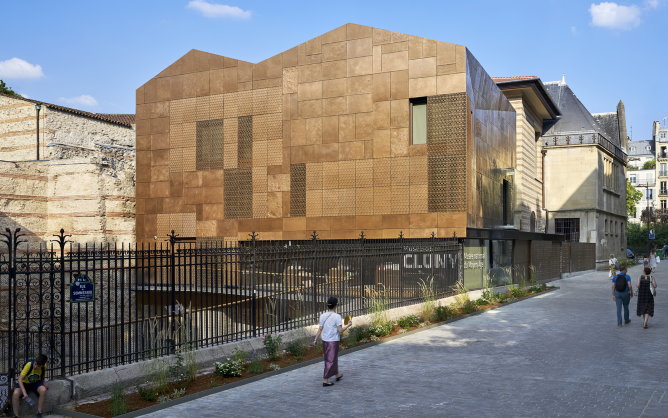 The restoration of Musée de Cluny

Created in 1843, the Musée de Cluny had not benefited from any significant renovation since the 1950s. Launched in 2015 and essentially carried out by keeping the premises open to the public, the restoration work on the chapel and the remains continued with the construction of a reception building. Covered with a bronze metallic mesh, this new building blends in completely with the architecture of the place, in harmony with the ancient baths, the medieval hotel of the abbots of Cluny and the building designed in the 19th century. The sober gesture of the architect Bernard Desmoulin has opened the museum more to the city and the boulevard Saint-Michel. The museum reopened in May 2022. 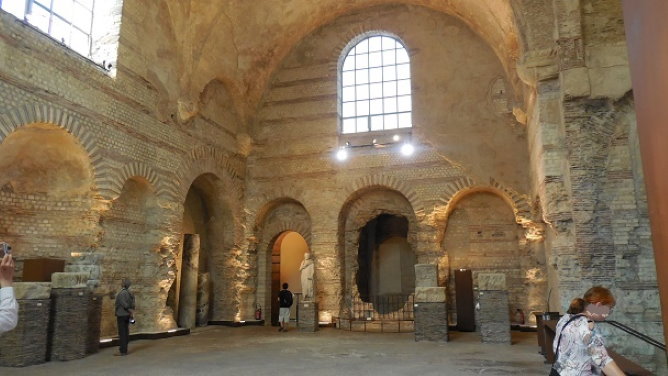 Located in Musée de Cluny, the Gallo-Roman Thermes de Cluny are among the largest ancient remains in northern Europe, notably thanks to the preservation of a vast vaulted room, the frigidarium. In the Roman period, the northern thermal baths of Lutèce (or Lutetia) covered the area roughly mapped out by the boulevards Saint-Michel and Saint-Germain, the rue de Cluny and the rue des Écoles. Extending over some 6,000 m², they constituted the largest public baths in this Gallo-Roman city, whose administrative, religious and civil buildings descend in tiers from the Montagne Sainte-Geneviève to the Seine. Today, all that remains is the frigidarium, a monumental room that gives an idea of the technical feats of Roman construction. Its vaults rise to over 14 meters high. They are among the best preserved in northern France.

Apartments and hotels near Musée de Cluny on the map 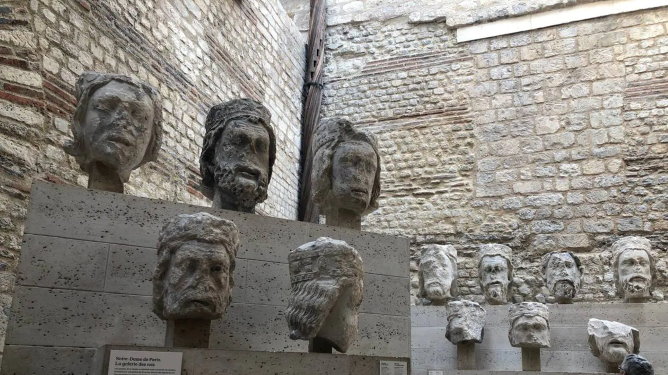 Erected above the portals of Notre-Dame in the 13th century, the gallery of kings was a great innovation at the time. Architectural first, breaking the vertical lines of the facade by adding a long horizontal bar, and then symbolic, placing the kings of France as chosen by God. In any case, this is what the population believed for centuries, until the outbreak of the French Revolution. In 1792, after the abolition of the monarchy, many statues were destroyed in Paris. The twenty-eight statues that overlooked the western facade of Notre-Dame Cathedral in Paris did not escape this vast campaign to remove symbols of the Ancien Régime. Taken by the revolutionaries for effigies of the kings of France, they were decapitated. Thrown on the square, the heads disappeared, sold as building stone or simply crushed. But when in the 19th century the restoration of the monument was entrusted to Viollet-Le-Duc, historians agreed that it was in fact a representation of the kings of Judah! Ancestors of the Virgin Mary who would have reigned over this kingdom, rival to that of Israel, after the death of Solomon. In 1977, the Hôtel Moreau, located at 20, rue de la Chaussée d’Antin in the 9th arrondissement, and which then belonged to the Banque française du Commerce Exterieur, required work. In the courtyard of the mansion were found nearly 400 fragments of sculpted stones. The specialists are formal: these are the heads of the gallery of the kings of Notre-Dame de Paris, decapitated two centuries ago. If the twenty-eight have not been found, twenty-two of them have been restored, and are now visible in the museum. An extraordinary page in history. 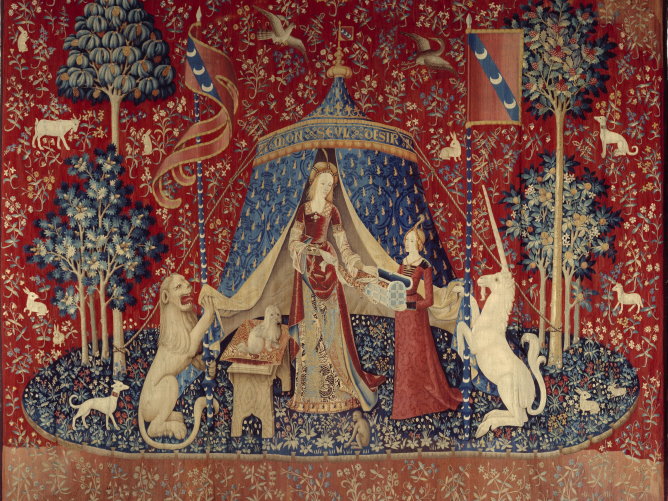 The lady with unicorn tapestries

A masterpiece of 15th century kept in Musée de Cluny, the lady with unicorn tapestries have a mysterious appeal. Their beautiful red color and the luxuriance of their thousand-flower background captivate the eye while the intricacies of their interpretation have continued to make ink flow for two centuries. Built in six pieces around the evocation of the five senses, the lady with unicorn tapestries are attributed, for their cartoons, to the painter Jean d'Ypres, a very active member in Paris, around 1480-1510. If this context of creation has been established by recent studies, the tapestries still raise questions about their symbolic and moralizing meaning. This is all the more so since the order in which the tapestries were to follow one another is not established with certainty. Traditionally interpreted as a depiction of a spiritual quest, the work can also be related to courtly allegories taken from the Roman de la Rose (13th century), a work by Guillaume de Lorris. It remains a veritable monument of meditative poetry.