Napoléon’s presence in Paris can be felt at Les Invalides with Napoléon’s tomb, Arc de Triomphe and Fontainebleau Castle. After having welcomed for centuries the kings and queens of France, the Fontainebleau Castle was the favorite royal residence of Emperor Napoléon I. Napoléon loved to stay in Fontainebleau until he bade farewell there to the Imperial Guard before his first exile to the island of Elba on April 20, 1814. 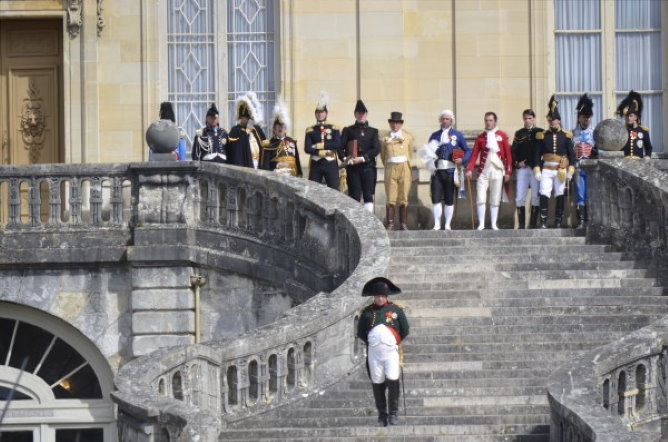 When Napoléon was not yet emperor, Fontainebleau Castle served as Military School. Never mind, he restored to Fontainebleau his role as an official residence upon his arrival in office, instructing architect Fontaine, who also designed the Arc de Triomphe, to find the furniture and make the necessary arrangements to live there. From 1808, Napoléon could enjoy Fontainebleau with his court. It is in this residence that Napoléon lived his happiest hours, In 1810, after having repudiated his first wife, Josephine de Beauharnais, who gave him no heir, Napoléon married the Archduchess of Austria, Marie-Louise, the eldest daughter of Emperor Francis I and the little niece of Queen Marie Antoinette, who was beheaded in 1793 during the French revolution. The religious marriage took place in the Louvre. The stay of the imperial couple at Fontainebleau Castle in 1810 was the most brilliant of the Napoléonic era. It lasted 53 days and was the occasion of daily entertainments: shows and concerts played in the Grands Appartements, hunting, shooting, gondola rides on the pond. This stay also witnessed the baptism of Louis-Napoléon Bonaparte, future emperor Napoléon III.

The presence of Napoléon can be felt in the only room of the throne still visible in France, in the imperial apartments and at the horseshoe staircase from where Napoléon bade farewell in 1814. 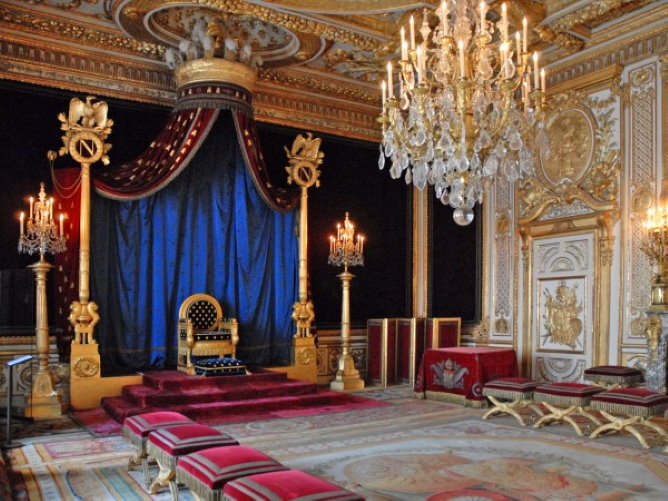 The Napoléon museum is also a key attraction of the castle. Occupying no less than 15 rooms of King Louis XV wing, it retraces his daily life, and the lives of those close to him, through a series of objects, weapons, ceramics, costumes, historical documents, paintings, sculptures and furniture, linked to the most famous French personality in the world. Among these works is a recently acquired tea service of unbelievable luxury worth 500,000 euros. Delivered in 1812 by the imperial manufacture of Sèvres, it represents Napoléon and Empress Marie-Louise. 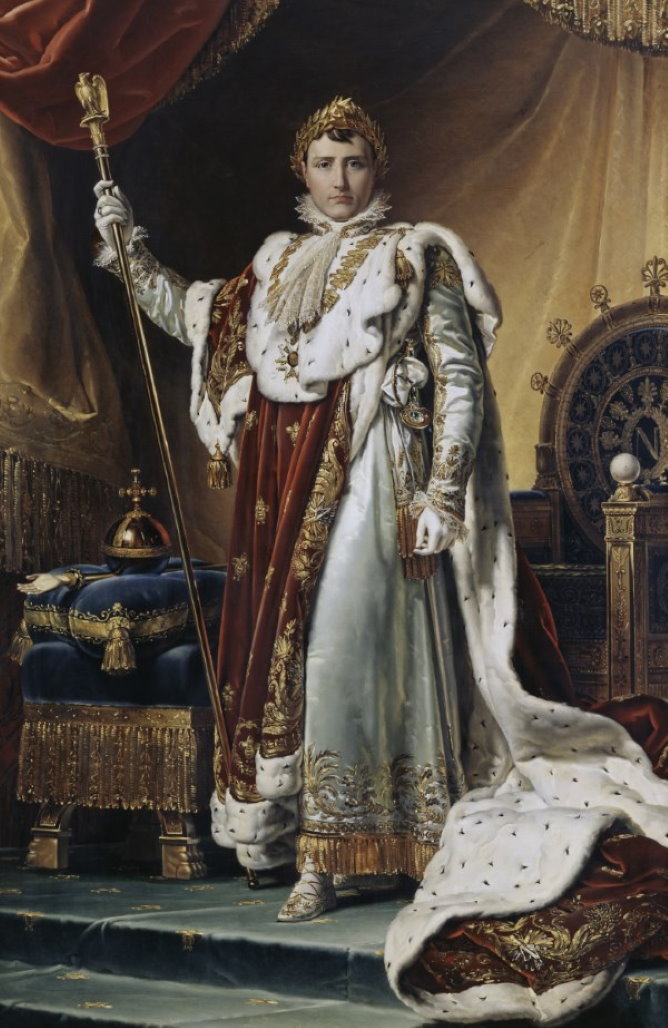 Once a year, the castle of Fontainebleau goes back to 1810 with a giant reconstruction and more than 300 people in costume. This is one of the highlights of the year at the castle. Although the kings of France have all lived in this castle, Napoléon also embodies the place. He remains the most famous French man in the world. An asset to attract foreign visitors. Napoléon, Marie-Louise, grunts, grenadiers, the court ... In total, 300 people in costume invest the passageways, rooms, parks and garden of this magnificent place steeped in history. Paris monuments. Paris history. 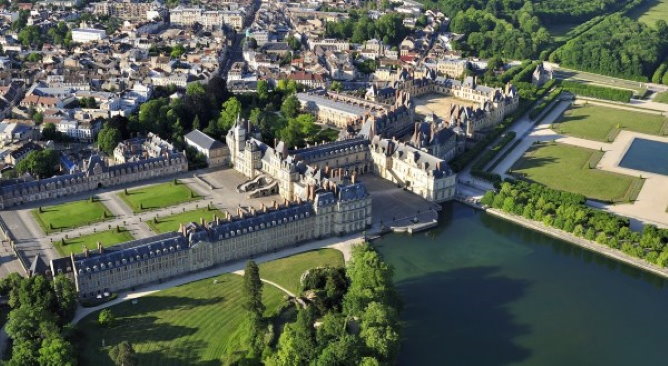