Compiègne. The palace. The forest. Compiègne, 60 km north from the City of Lights, is an out of the beaten track city at the edge of a marvelous royal forest. It boasts a royal Palace, inhabited by Napoléon, and Pierrefonds, a spectacular medieval castle. Famous places in France.

Compiègne Forest is, with Fontainebleau, one of the great royal hunting forests of France. Sixty kilometers north of the City of Lights by A1 freeway, close to Charles de Gaulle Airport, it has superb oak and beech trees. Compiegne Forest attracts horse and bicycle riders and is a perfect destination from the city for a day. One hour train from the city to Compiègne. Check train schedules and buy tickets

. Rent a bicycle at the station and you are ready for a great day. 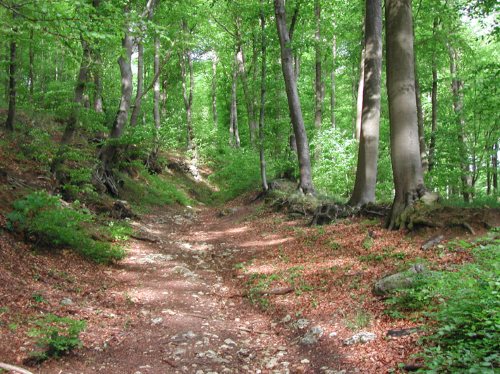 At the edge of Compiègne Forest, the Compiègne Palace is, alongside Versailles and Fontainebleau, one of the three largest royal and imperial residences in France. Built by Louis XV, it was remodeled by Napoléon I and Napoléon III. On 12 April 1807, Napoléon gave the order to completely refurbish Compiègne. The Emperor and the Empress occupied what were the grandest apartments of the First French Empire. His nephew, Napoléon III, Emperor of France between 1852 and 1870, had a particular affinity for the palace and organized the famous Series there in the Autumn. Over four to six weeks, around one hundred guests were invited to attend.

The Compiègne Palace comprises four main apartments : the apartments of the Emperor, the Empress, the King of Rome and the prince’s double apartment. They bear testament to its occupation in the 19th century. 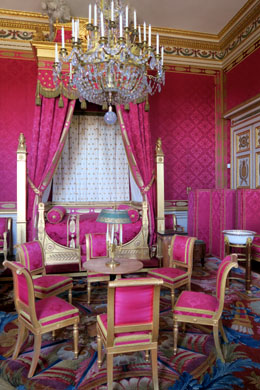 Airbnb apartments and hotels in Compiègne on the map

In Compiègne Forest, the romantic and massive Pierrefonds Castle brings you back to the Middle Ages. Erected in the late 14th century by Duke Louis of Orleans, the chateau was taken down in the 17th century. It was in ruins when Napoléon III decided to commission architect Eugene Viollet-le-Duc to rebuild it. He applied his architectural designs to create the ideal chateau, such as would have existed in the Middle Ages. 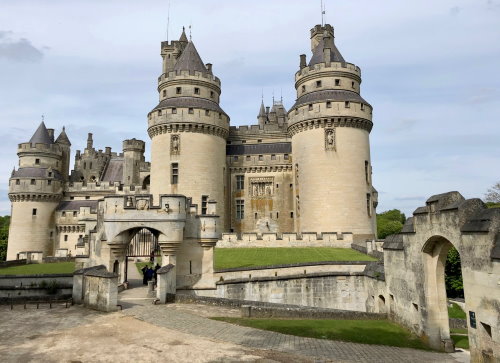 Also in Compiègne Forest, you can visit the Rethondes Armistice Clearing where World War One formally ended on November 11th 1918. You can visit a replica of the carriage where Marshall Foch accepted the surrender of the German armies. The Compiègne Forest and City are especially recommended in the fall. The colors of the leaves vary from yellow to red. A great excursion from Paris. 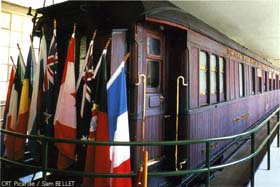