The Loire Valley Castles are the most beautiful renaissance castles in the world. Set in Loire Valley, a World Heritage Site by UNESCO, theses royal castles are one hour from Paris by train, two hours by car. Great castles near Paris. Visit France.

The Loire valley combines lovely landscapes, the best castles near Paris, called Chateaux de la Loire in French, great wines and restaurants. You have one day to spend in France. Go there. You have more days. Take your time, stay in a hotel near Chateaux de la Loire, visit top castles, enjoy French food and countryside. There are exciting balloon tours and a superb cycling route called La Loire à vélo. Chambord Castle is an heritage of King François I

From Paris to Loire Valley Castles

It takes two hours from Paris to Loire Castles by A10. By train, Tours, the heart of Loire Valley, is one hour from Paris (buy tickets and rent a car).

If you have just one day, it will be easier to go on a one day tour from Paris to Chateaux de la Loire with visits of Chambord and Chenonceaux. Information.

On the two day tour, you will also visit Amboise, Cheverny, Villandry and Clos Luce (not available in winter). Information. 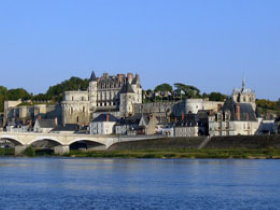 Amboise is still owned by the French royal family 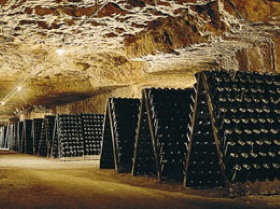 Built in a rather desolate plain and surrounded by hunting forests, Chambord is a prestigious château, that was hardly ever inhabited. Commissioned by King François Ier in 1519, it was in construction until the death of the king to end only under King Henri II. François Ier was at first impatient, but lost interest rather quickly. Towards the end of the reign, he came very little to Chambord. Perhaps he found – the castle old-fashioned. The principal masons engaged for the realization of the Château are Jacques Sourdeau, one of the builders of Blois, Pierre Trinqueau, who seems to have preserved until his death, in 1538, the direction of the work, and Jacques Coqueau. Several drawings of the building were established before the start of construction. A wooden model was executed by Dominique de Cortone and it is thought that Leonardo da Vinci, during the last years of his life spent in the Loire Valley, intervened in the development of Chambord's plans. Chambord today is the most famous Château de la Loire. 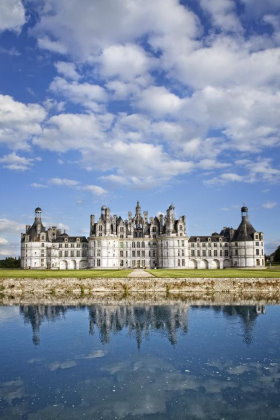 Chambord is the most famous castle

The Loire Valley counts around 3000 Châteaux, most of them interesting. The seven most beautiful Châteaux are:

Amboise, a royal castle with Da Vinci grave
Azay le Rideau, an intimate castle surrounded by a pond
Blois, where France history was made
Chambord, the most prestigious castle
Chenonceaux, a bridge over the Cher river
Cheverny built in 18th century
Villandry and its beautiful gardens 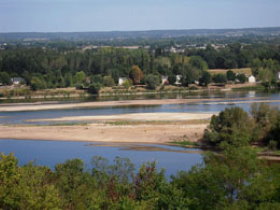 The Loire is the last wild river in Europe

In the 16th century, French kings Charles VIII, Louis XII and François I fought and for a short time ruled in Northern Italy.

They were greatly influenced by the Italian arts. Coming back to France, they revived French architecture, abandoning the fortresses of the past. This is called the Renaissance.

French kings and nobility also relocated to the Loire Valley, its climate and peace, where they build magnificent castles.

Shortly after his Italian patron died in 1516, Leonardo da Vinci, the painter of Mona Lisa, was enticed here by the arts loving François I, with the promise of a pension and comfortable residence. His and other Italian influences have left their mark in the form of the Châteaux and gardens of the Loire Valley. All their energies were not however devoted to the pursuit of the arts and as many of the Châteaux stories and legends will testify, they set aside much time for seductions and rendez-vous of an amorous nature. 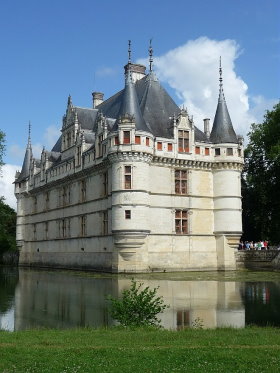