Bordeaux wine day trips from Paris combine the return trip by TGV train and a local wine tour with tasting. In two hours, the famous Chateaux and the fabulous city of Bordeaux will be yours by high speed train. Make up a great one day trip by combining the train journey and a local Bordeaux wine tour from Bordeaux. Paris wine tours.

Bordeaux, in the south-west of France, is one of the best known vineyards in the world. One of the world's most prolific wine regions, it also manages to produce the most famous and prestigious wines. The secrets of Bordeaux's wine success are diversity, quality and quantity.

The majority of Bordeaux wines are dry, medium-bodied reds that made the region famous. Most of them are a blend of Cabernet-Sauvignon and Merlot. The finest and most expensive of these come from the great chateaux of the Médoc,north-west from Bordeaux, particularly those around the villages of Pauillac and Margaux, and from Saint-Emilion and Pomerol east from Bordeaux. The legendary reds are complemented by high quality white wines, such as the dry Pessac-Léognan and sweet Sauternes.

The Bordeaux region has a total vineyard area of over 120000 hectares, the largest wine growing area in France. Average vintages produce over 700 million bottles of Bordeaux wines. Bordeaux wine is made by more than 8,500 producers or chateaux. There are 65 appellations. 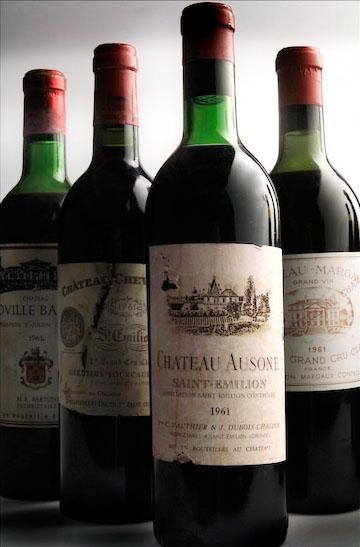 Bordeaux is the most famous vineyard in the world. The excellence of Bordeaux in red wines has never been surpassed. Moreover, the Bordeaux wine country is lovely and the city of Bordeaux is a beautiful city. Bordeaux map.

Although Bordeaux is 600 km from Paris, it is now possible to do one day Bordeaux wine tours from Paris. First, get to Bordeaux by superfast train from Paris, and board a local tour of the vineyard with a guide. They are local tour operators who provide the wine tour. 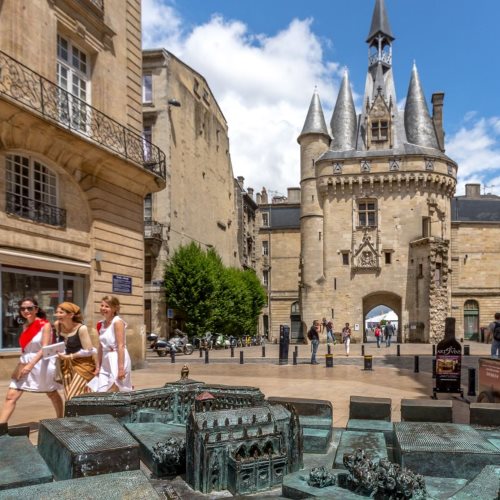 Discover the beautiful city of Bordeaux

Centre of a legendary winegrowing region, this vibrant and sophisticated city is a top gourmet and culture destination.

In the last decades, it has shed its image of a Sleeping Beauty, pedestrianized boulevards, restored its 18th century architecture, created a tram public transport system and reclaimed the former industrial docks along the river.

Half the city is now World Heritage site. World-class architects have designed striking new buildings: the Herzog & de Meuron stadium, decanter-shaped La Cité du Vin, one of the best wine museums in the world, and the Bosc bridge across the River.

Bordeaux’s setting on the river has made it a top harbor for centuries. The ideal base for exploring the chateaux of Médoc and Saint-Emilion, Bordeaux is 45 minutes from Arcachon Bay, famous for its seafood, oysters and beaches. The Basque Country and Spain are 2 hours away and in 3 hours you can be on the Pyrenean ski slopes. 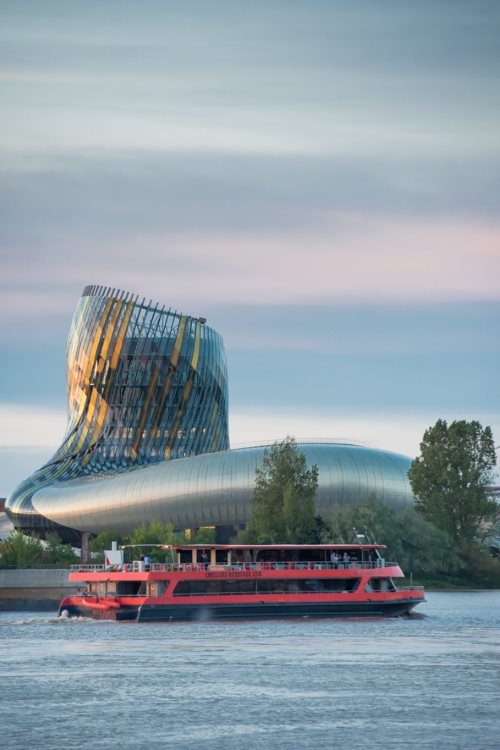 Apartments and hotels in Bordeaux city on the map

The appearance of the vine in the Bordeaux region dates back to the first century of our era when the Bituriges Vivisques, a tribe of Celtic warriors, decided to plant their own vineyard with a new grape variety more resistant to cold, Biturica, ancestor of the grape varieties Cabernets. In 1152, Aliénor, Duchess of Aquitaine, married Henri Plantagenet, future king of England. From then on, very important commercial exchanges were born: the English exported food, textiles and metals, and imported Bordeaux wines. They call it Claret because of its light color. The size of the English fleet and the ease of access to Bordeaux harbour via the Gironde estuary favored wine shipments by sea and allowed the development of the vineyards and the harbour. At that time, shipments were made in barrels with a capacity of 900 liters. The barrel subsequently became the international unit of volume for the tonnage of ships.

The 17th century witnessed the appearance of new customers: the Dutch, the Hanseatics and the Bretons. The Dutch inaugurated different trading habits, as they bought a lot of wine, which they distilled in their warehouses. The people of Bordeaux then began to supply, in addition to the traditional Clarets, dry and sweet white wines intended for distillation. In the 18th century, the Islands of America (St-Domingue and the Lesser Antilles) ensured the growth of Bordeaux wine exports. Through this colonial traffic, Bordeaux experienced extraordinary prosperity until the Revolution. England, for its part, did not represent more than 10% of Bordeaux wine exports, but it brought fashionable fine wines sought after by London's high society. At the same time, the first corked and sealed bottles appeared.

In the middle of the 19th century, a terrible disease struck the vineyard: powdery mildew. In 1857, it was discovered that sulfur treatment could curb the disease. Once the danger of powdery mildew had been warded off, the Gironde vineyards entered an era of prosperity as evidenced by the famous classification of 1855, listing some of the Gironde wines : Médoc, Sauternes, Haut-Brion in the Graves. The Industrial Revolution and the development of a free trade spirit among merchants and producers contributed greatly to the prosperity of Bordeaux. It reached its peak between 1865 and 1887 with an increase in production and an increase in exports to Germany, Scandinavia, Belgium, the Netherlands and England.

At the end of the 19th and beginning of the 20th, the vineyard experienced a new crisis, that of fraud and falling prices. To guard against this, the Girondins participated in the development of national legislation (1911) on the origin of wines, which delimits appellation areas. This delimitation lead, in 1936, to the creation of the INAO (Institut National de Appellations d'Origine) and to the AOCs governed by "control decrees" which specify precise production conditions: geographical area, grape varieties, yield, degree , cultivation and winemaking method. AOCs represent 97% of Bordeaux production. New classifications was created for the Graves, then for St-Emilion from 1955. After the terrible frosts of 1956, the vineyard gradually regained its dynamism, helped in particular by the increase in demand throughout the world. Aging and bottling have contributed a lot to this. Oenological techniques have made immense progress, like those of agronomy. Harvests are estimated on average around 6 million hectolitres.