The beautiful Parc Monceau is the most elegant park of Paris. Located in between the affluent and residential 8th and 17th arrondissements, surrounded by luxurious buildings and mansions,it is the park of the upper-class. It boasts many small buildings and spectacular trees. The Cernuschi and Nissim de Camondo museums are very close to the park. Paris gardens.

Located in a residential district, Parc Monceau is a relatively unknown park of Paris. The park and the museums near-by are worth a visit. The park is free and open most of the day.

Enter through large wrought iron gates into Parc Monceau. The park is frequented by mothers and their children, some tourists and the Russian community who goes to the nearby Alexander Nevsky Orthodox Cathedral (1861). Appreciate the calm, the luxurious buildings and the many statues. Parc Monceau is home to spectacular trees including a sycamore maple tree with twisted branches, the oldest (1853), largest (4.18 meters) and highest in the park (30 meters). Its impressive circumference, however, rivals with difficulty that of the oldest plane tree of Orient (1814) which reaches 7 meters. Parc Monceau is also the green area of ​​the district with the greatest diversity of birds. They are attracted by the height of the trees and the coolness of the pond. Locate Parc Monceau on Paris map. Paris metro: metro station Monceau on line 2. 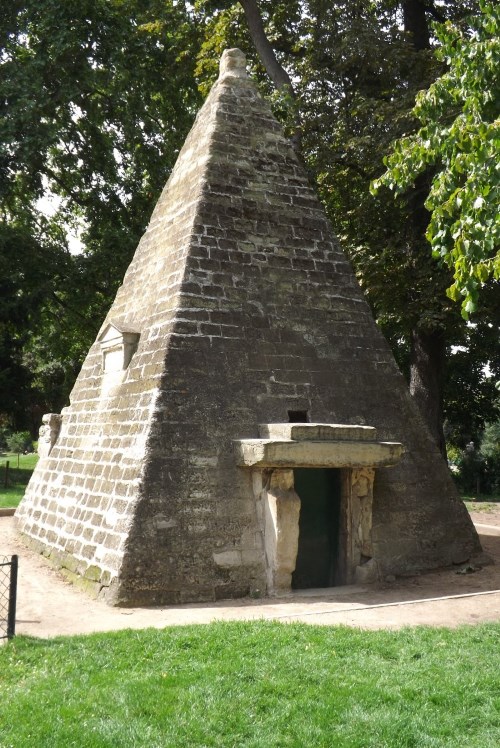 In 1769, the Duke of Chartres acquired a piece of land and confided to the landscaper Carmontelle the ordering of his garden. Buildings of all styles and eras appeared: ruins of a temple of Mars, and a Gothic castle, minaret, Dutch mill, Egyptian pyramid, Chinese pagoda, Tartar tent, so many small buildings fanciful who made this Anglo-Chinese garden famous. Rivers were dug, as well as the famous Naumachie, a basin surrounded by Corinthian columns. The park was amputated in 1787, at the time of the construction of the wall of Farmers General. A columnar rotunda, called the pavilion of Chartres, which was to serve as a watchtower, was erected by Ledoux, on the edge of Boulevard de Courcelles.

The state acquired Parc Monceau in 1852. The financier Pereire raised mansions on the east, south and west sides, including the Cernuschi and Nissim de Camondo museums. The drawings of the park were modified by engineer Alphand, architect Davioud and horticulturist Barillet-Deschamps, who worked under the orders of Baron Haussmann. In 1861, Napoleon III inaugurated the park that we know today. 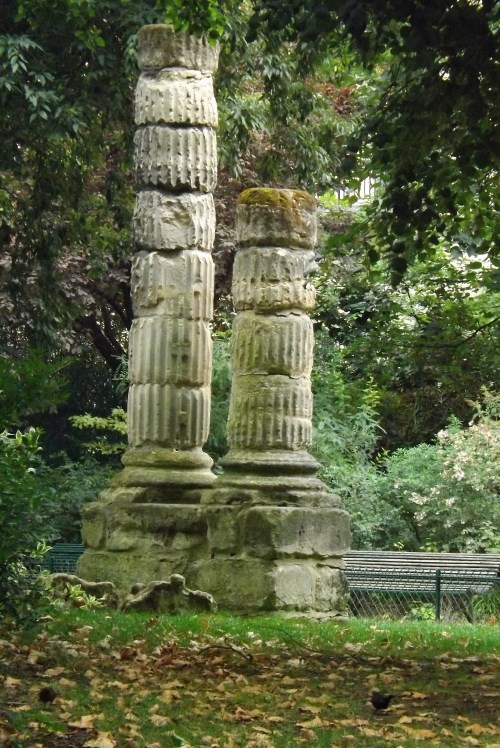 Ruins of columns in Parc Monceau

The Nissim de Camondo Museum is entirely devoted to the French decorative art of the second half of the 18th century. There are some of the finest furniture and objects from the time of Louis XV and Louis XVI: chairs of the Turkish salon of Madame Elisabeth, sister of Louis XVI, carpet Savonnerie ordered for the Grand Louvre, parts of the service of silverware donated by the Great Catherine to her favorite Orloff, curtain secretary of Oeben, These masterpieces were gathered by Moïse de Camondo (Istanbul, 1860 - Paris, 1935), who entrusted to René Sergent (1865-1927), architect, the construction of a mansion inspired by the Petit Trianon of Versailles to house his collections. Built in 1911-1914, it is perfectly adapted to the modern requirements of comfort of a house of the beginning of the 20th century and remains the only testimony preserved in its integrity which allows to understand the functioning of a manshion of Parc Monceau. 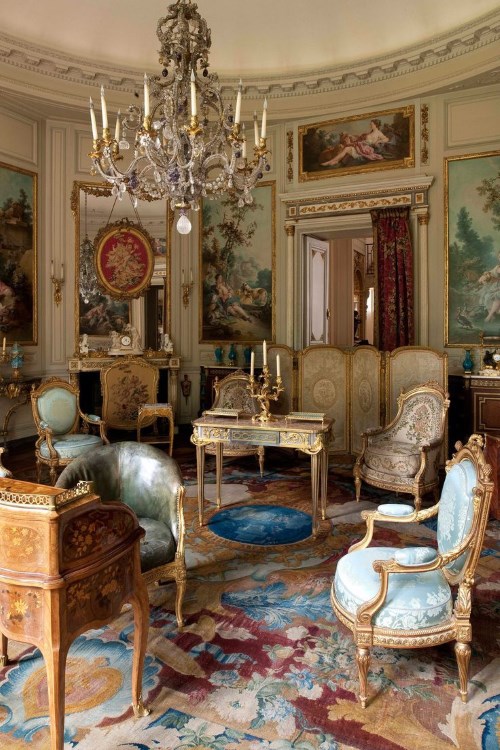