Zénith Paris is a multi-purpose indoor arena located in Parc de la Villette in the 19th arrondissement. Zénith Paris is the largest of a network of Zénith concert venues in France, staging popular music concerts of all styles. Paris concerts.

Le Zénith is a famous multi-purpose concert hall, located in the large Parc de la Villette in the 19th arrondissement. Le Zénith has up 5 830 seats, one of the largest capacities in the city. It hosts all kinds of great concerts. The venue is rented to concert organizors who stage their own concerts. You attend a concert at Le Zénith. Book a hotel near Le Zénith. Enjoy Parc de la Villette, Cite des Sciences, the Cité de la musique and the Philharmonie, the largest classical music concert venue in town located right next to Le Zénith. 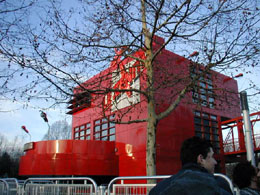 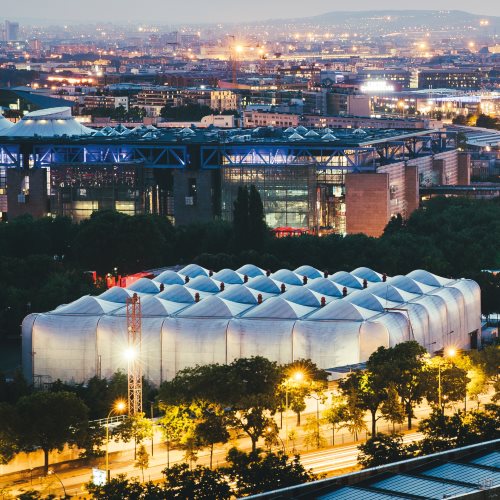 View of Le Zénith in Paris

Hotel Restaurant Au Boeuf Couronné offers pet-friendly accommodation with free WiFi in Paris, a 3-minute walk from Le Zénith. Guests can enjoy the on-site restaurant, one of the best meat restaurants in town, and bar. The air-conditioned rooms include a flat-screen TV with satellite channels. The rooms have a private bathroom with a shower, free toiletries and a hairdryer. All rooms are serviced by a lift. An American breakfast is served daily at the hotel. There is a terrace, a 24-hour front desk and a luggage storage on site. 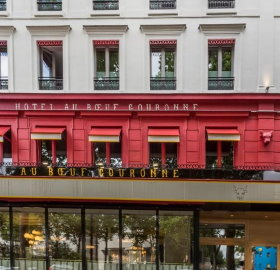 Apartments and hotels near Le Zénith on the map

Le Zénith Paris was the first concert hall built under the Zénith label, which now boasts 17 concert venues in France. It hosts nearly 170 events each year and more than 700,000 spectators. In 1981, the Ministry of Culture sponsored the project to open the doors to rock and popular music and make known the richness of today's music. The ministry entrusted a study to Daniel Colling for a room of great capacity in the city. The Zénith sprang from the obvious idea to design a room specially adapted for these types of music. It came to fruition with two architects, Philippe Chaix and Jean Paul Morel, who together with the professionals of the show invented the concept of Zénith. The Zénith is designed to allow the presentation of variety shows to a large audience, under optimal technical conditions. Through curtains, its capacity varies from 2,200 to 9,000 people. Spectators can indifferently be welcomed in an all-seated formula or in "sit-stand" for rock shows and rap. The stage is completely removable so that the stage space can accommodate other devices. The acoustics of Le Zénith is studied to allow an optimal restitution of amplified musics. The shows are organized by producers and not by Le Zénith. 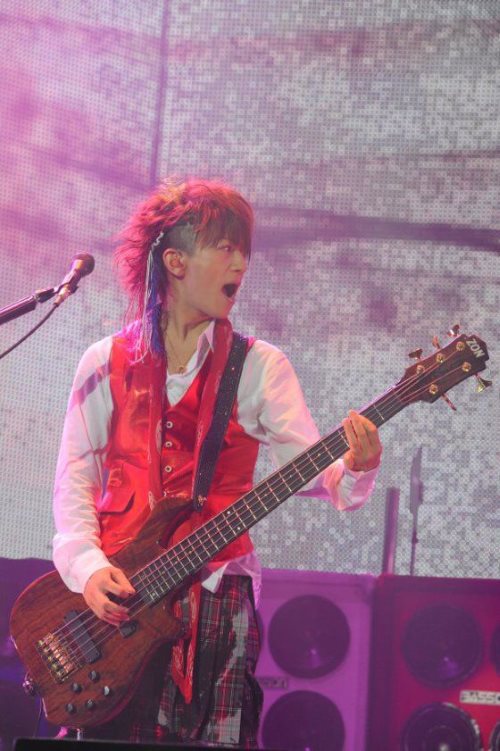