Paris Orly Airport is the second airport of the City of Lights. The airport handled in total 31.9 million passengers and 218.349 aircraft movements in 2019, many of them international. South of the city, connected by Orlyval metro to Antony, then, by RER B to Paris, it is more practical than Charles de Gaulle Aiport, closer to the city and smaller. Paris transport.

For some of you, Orly Airport will be the first contact with Paris and France. Welcome to Paris.

Paris Digest, the reference Paris guide, will help you prepare a great trip to Paris. 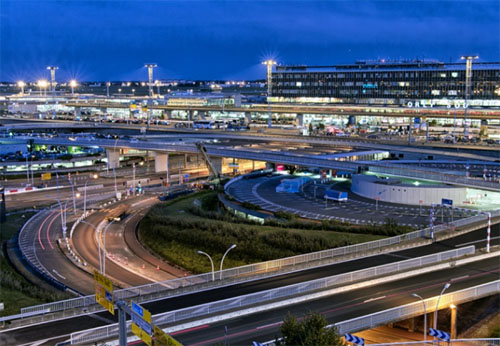 Orly Airport is connected to the RER B metro line at Antony station by the OrlyVal automatic metro. OrlyVal also connects Orly west and south terminals.

Use the timetable service to get RER B metro timetable. If you intend to take the metro in Paris, we advise you to buy the convenient Paris visite travel card. 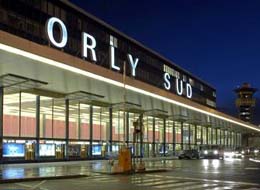 RER B can be unpredictable and difficult with luggage. You may want to take a taxi. (G7 is the best known. 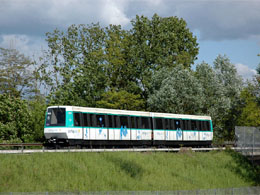 Paris Aéroport, comprising Paris Charles de Gaulle airport and Paris Orly airport handled a total of 108 million passengers in 2019, an increase of 2.5% compared to the previous year. Paris Charles de Gaulle airport welcomed 76.2 million passengers (+5.4%) and Paris Orly Airport 31.9 million (-3.8%). Traffic increased by 4.8% over the 1st half of the year and by 0.5% over the 2nd half. The decrease of Paris Orly traffic is notably due to the closure for works of Orly's main runway (closed on July 28th and reopened since December 2nd), as well as the effects of the bankruptcy of the airline Aigle Azur, which ceased its activities as from the evening of Friday, September 6.

Paris Aéroport is part of Groupe ADP. Groupe ADP develops and manages airports, including Paris Charles de Gaulle, Paris Orly and Paris Le Bourget. In 2018, the group handled through its brand Paris Aéroport more than 105 million passengers and 2.3 million metric tonnes of freight and mail at Paris Charles de Gaulle and Paris Orly, and more than 176 million passengers in airports abroad through its subsidiary ADP International. Boasting an exceptional geographic location and a major catchment area, the Group is pursuing its strategy of adapting and modernizing its terminal facilities and upgrading quality of services; the group also intends to develop its retail and real estate businesses. In 2018, group revenue stood at €4,478 million and net income at €610 million.