Since January 1, 2018, the Velib bicycle rental system run by JC Decaux is being replaced by a new Velib system managed by Smovengo. The transition is a spectacular failure with very few bicycles available and difficulties to get a bicycle at most places. Stations are hopelessly empty, bikes are roped, the customer service is in trouble, and the fares are rising: the arrival of the new Velib ’in Paris turns to be a nightmare for cyclists and could be worth heavy penalties to its operator. "We are putting pressure on the new manager to accelerate this essential service to Paris mobility," said socialist Mayor Anne Hidalgo, hardening the tone vis-à-vis the new operator, Smovengo. "Let’s remember that this is nothing more than creating the biggest shared bike service in Europe, which will be used for the next 15 years," she added. The day before, Christophe Najdovski, the Transport deputy mayor, had indicated that it was "clear that we are not at all satisfied with the delivery of the new provider". This situation prompted the Velib union to decide on financial penalties. As a result of these problems, in January 2018, the traffic was 10% of what it was in January 2017. We expect the difficulties to last until the next summer, hopefully not longer, as this is a major disturbance to Parisians. 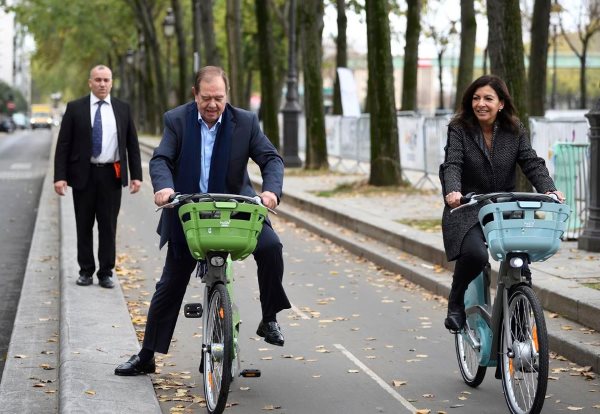 When these many problems are solved, Parisians and visitors will benefit from a new bike sharing system available in Grand Paris. The bikes will be lighter (20kg against 22.25kg currently). They will be connected thanks to an on-board electronic box which will allow them to be geotagged in real time, to display the rental time and to know the distance traveled during your trip. The data transmitted (total time, kilometers traveled) will allow each subscriber to follow his use of Velib. They remain strictly personal and will be anonymized to analyze the users’ practices in order to make the service more efficient. A "full stop" system will allow you to drop your bike to a station even when all the locations are already occupied. Even more importantly, 30% of the bikes, the blue ones, will be equipped with an electric assistance. These models have a USB socket and a case to drop your smartphone. The battery life is 50 kilometers, for a speed of 25km/h. Riding up hill will become easy for everyone. You will not be afraid to climb up Montmartre hill to admire the view. A "padlock fork" also helps prevent theft. More detailed information on transport in Paris. 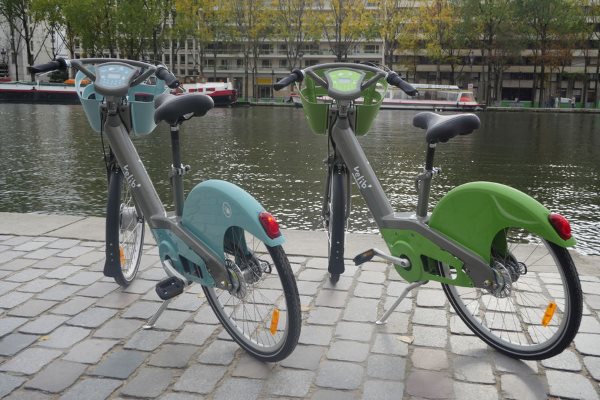