The magnificent Val-de-Grace Church is one of the hidden treasures of Paris. Commissioned in 1621 by Queen Anne of Austria, the mother of Louis XIV, the Sun King and the King of Versailles, and finished in 1667, Val-de-Grace is a mixture of classical and barocco styles. Now part of the Val de Grace Military Hospital, the church can be visited at mass time at 11am on Sundays and during the Heritage days from 10am to 6pm. Locate Val-de-Grace on Paris map. Learn more about the magnificent churches in Paris. 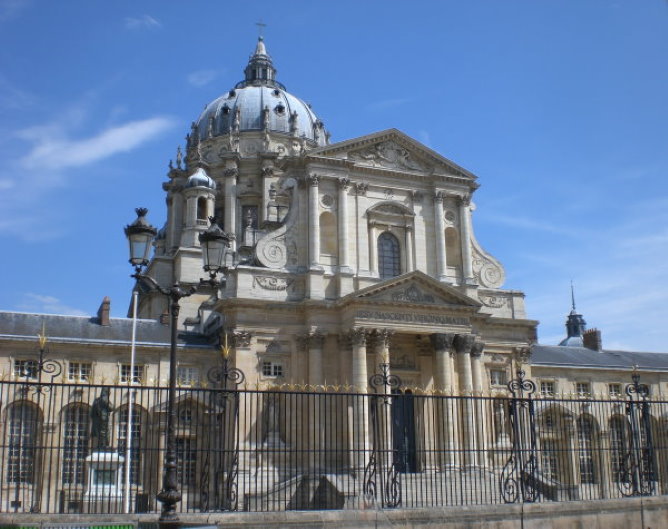 The founder, Queen Anne of Austria, was raised in the principles of the Counter-Reformation. As she became queen, she took the habit of visiting the female monasteries of Paris and surroundings. At the Val-de-Grâce priory in Bièvres, she noticed the prioress Marguerite de Vény d’Arbouze and asked for an abbatial seat. The abbey was founded in 1621 and entrusted to the new friend of the queen. The first stone was laid on July 3, 1624, on land donated by the crown and the construction slowly spread from 1624 to 1643. This first community was characterized by the austerity of its rule and the archaism of buildings that hosted it. The whole remained unfinished because of the disgrace suffered by the queen to the king in 1636-37. Indeed, since her miscarriage of 1622, Anne of Austria was gradually abandoned by the king. The queen was constantly watched and politically weakened by her sterility. She therefore liked to retire to the Val-de-Grace, a monastery with a special devotion to the Nativity, where she kept epistolary relations with her friends expelled from the court by the king. When her royal husband learned it, he forbade her to frequent the Val-de-Grace; this was the Val-de-Grâce affair. However, a few months later, Anne of Austria became pregnant and finally gave birth to an heir on September 5, 1638, the dolphin Louis-Dieudonné, future Louis XIV, also called Sun King.
Two events jostled the destiny of the queen and her foundation. On December 4, 1642, Cardinal Richelieu died and Mazarin entered the counsil a few days later. On May 14, 1643, King Louis XIII died in his turn, Mazarin then became "principal minister". The dolphin was only 5 years old, 42 years old Anne of Austria became queen regent, in close collaboration with the cardinal-minister Mazarin. The regent could then accomplish her vow to raise a "magnificent temple" if God gave her a son, "to rebuild the entire church and monastery of Val-de-Grace and to spare no expense to leave eternal marks of her piety " (the abbot of Fleury). The realization of this vow presupposed three conditions: a location, a congregation and finances. She then bought a mansion and added a few years later additional buildings. In 1645, Anne of Austria, widow of King Louis XIII, asked François Mansart to add a church and a palace to the convent of Val-de-Grace where she went frequently. But Mansart was dismissed a year after the start of the work, and only the church was built largely according to his plans. The reason for his dismissal was undoubtedly the high cost of the works (the work to consolidate the pitches under the ground took time and money) and the inability of Mansart to finalize a single project. The church was completed in 1667 (the building was entrusted successively to François Mansart, Jacques Lemercier, Pierre Le Muet and finally Gabriel Le Duc). 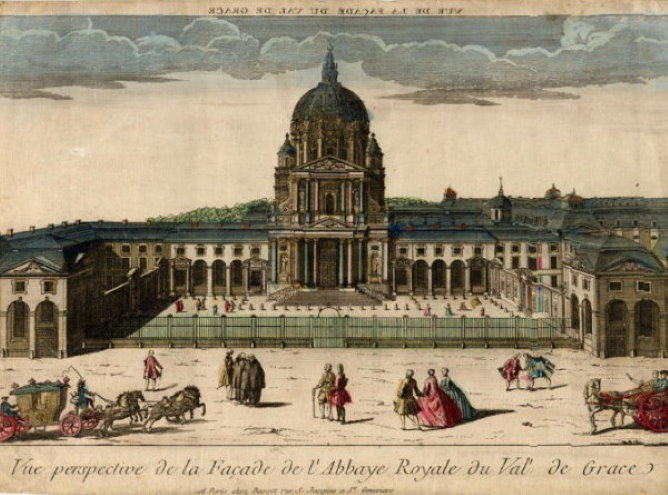 At the Revolution, the symbols of royalty were erased, the chapel of St. Anne, which today houses the organ of Aristide Cavaillé-Coll, was desecrated: in this "chapel of hearts" which contained the embalmed hearts of 45 kings and queens of France, the architect Louis François Petit-Radel seized thirteen reliquary urns containing the hearts of several rulers or princely characters (Anne of Austria, Maria Theresa of Spain), sold or exchangeed them for paintings with painters who sought the substance of embalming or "mummy". July 31, 1793 the National Convention reallocated the monumental complex which became military hospital in 1796 then hospital of instruction. 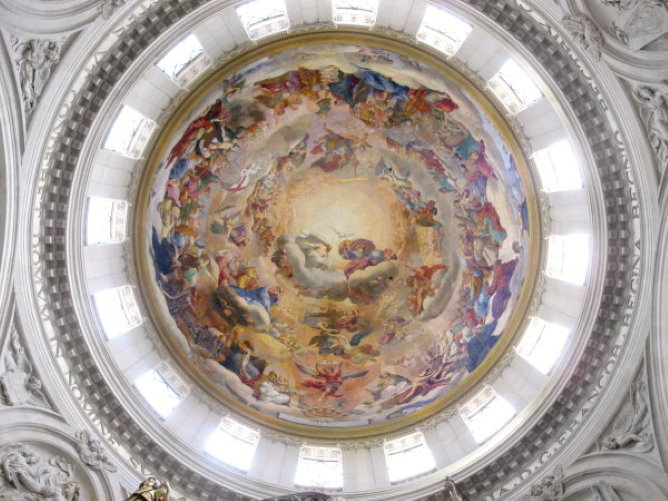 In 1663, Pierre Mignard, assisted by Alphonse Dufresnoy, painted the dome and retained, for this purpose, the theme of Glory. With more than two hundred characters, this composition, which inspired a poem by Molière, shows Anne of Austria, accompanied by Saint Anne and Saint Louis, presenting to the Virgin the new church of Val-de-Grâce . 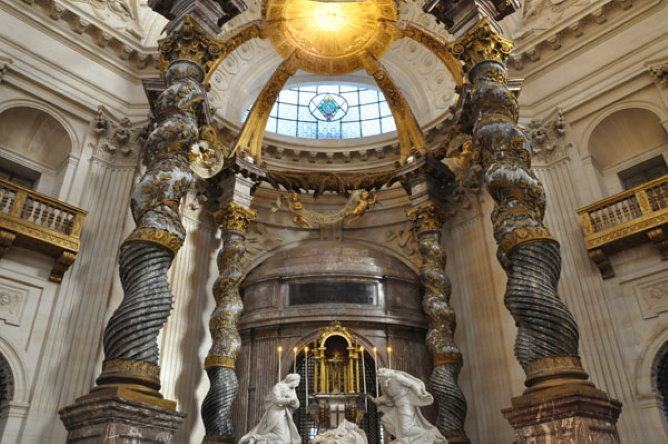 "To the infant Jesus and to the Virgin Mother". This inscription appearing on the frieze of the entrance portico of the Notre-Dame church of Val-de-Grace marks the consecration of the whole church to the Nativity. If Bernini was approached by the queen to draw the famous and sumptuous canopy, it was Gabriel Le Duc who was finally chosen, and on March 25, 1665, Michel Anguier obtained the market of the group of Nativity intended to adorn the high altar , the canopy forming all around, in a way, a majestic nursery. The market stipulated the following conditions: "three figures of the crib of great naturalness, the Child Jesus of attitude lying in a manger, the Virgin and Saint Joseph of praying and devout attitude". Under the talented fingers of Michel Anguier, the stone took life to form a life-size crib. 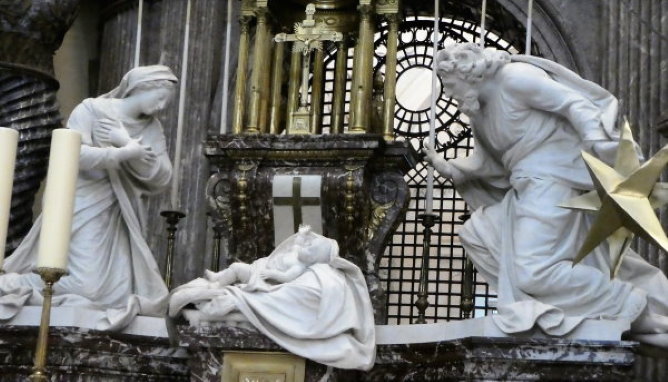