Notre-Dame Cathedral was the most visited monument in Paris until the fire of April 15th 2019. Very few people know Saint-Denis Basilica, the second and oldest cathedral in Grand Paris and the model of all Gothic cathedrals in Europe. As such, its visit is hightly recommended as a substitute to Notre-Dame. Saint-Denis will draw a lot more attention in the coming ten years. Indeed, on the initiative of the City of Saint-Denis and with the agreement of the French Ministry of Culture and Communication, the 86m high spire of Saint-Denis, dismantled in the nineteenth century, will be rebuilt as it was from the beginning of the 13th century until 1847. 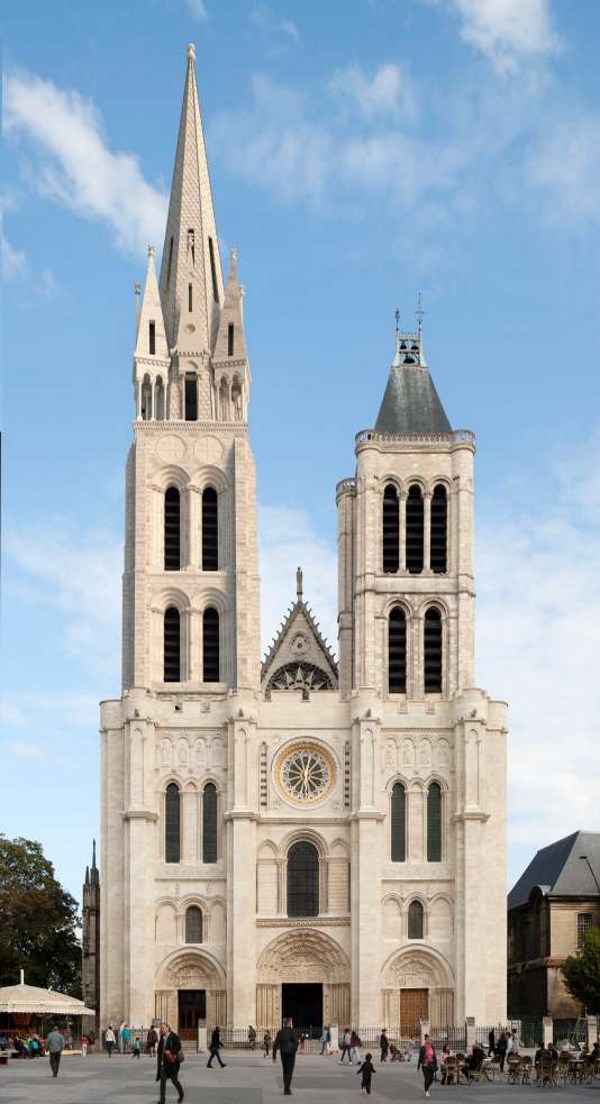 A top attraction, the spectacular construction site platform will be visitable with visits funding part of the work. 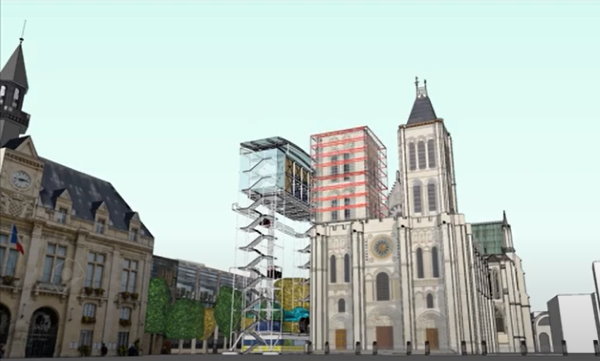 On the ground level site visits, launched on July 26 2019, begin with a historical introduction during which it is recalled that the Basilica of Saint-Denis was the highest monument in the Paris region - 86 meters high with the arrow - until the inauguration in 1676 of Saint-Louis des Invalides Church and its 107 meters high dome. Once the history book is closed, it is time to meet the craftsmen in action, starting with a blacksmith and a stonecutter, who will eventually be joined by masons and carpenters to form a team of fifteen of people. "It’s a unique and exciting project! We will be much quieter and close to people than our colleagues in Notre-Dame, says Frédéric Thibault, the stonemason. I like the fact that we reproduce the know-how of the time without being disguised. It is not a medieval site like that of the castle of Guédelon in Burgundy. "Same enthusiasm in Mathieu Bonnemaison, the blacksmith. "It’s special to work and interact with the audience at the same time, you have to be comfortable. I find it important to value trades that are no longer visible in the street as at the time. The cathedrals are not about to leave the front of the stage. Book a visit.

The operational phase begun with the agreement of the Ministry in March 2018. The construction project, initiated more than thirty years ago, has begun with the feasibility studies. It should take about eleven years and cost 28 million euros. 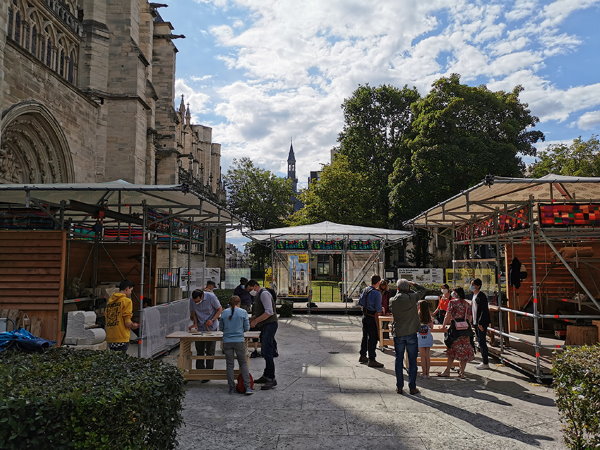 Built at the beginning of the 13th century, the Saint-Denis spire was considered, in its time, as one of the most spectacular works of the Paris region. In the tradition of Romanesque rock arrows, it completed the construction of the western facade of the abbey, begun a few decades earlier by Father Suger. Figuring on all the old representations of the abbey, it was spared by the Wars of Religion, as by the Revolution. Following the works commissioned by Napoleon to restore the basilica, it was restored by architect François Debret, in 1837-1838. In the spring of 1846, destabilized by the tornadoes of 1842, 1843 and 1845, the spire had to be carefully dismantled to allow the consolidation of the tower which carried it. It was planned to be reassembled thereafter. However, a controversy was activated by architect Eugène Viollet-le-Duc, the restorer of Notre Dame, who accused François Debret of technical errors. It led to the resignation of Debret, and his replacement by his main detractor. Amplifying the nature of the disorders, and affirming that the facade of the basilica had been distorted, Viollet-le-Duc continued the dismounting of the arrow by that of the north tower. He even proposed the complete demolition of the facade and its replacement by a new project, with two symmetrical arrows. This last project had no follow-up, and the reconstruction of the spire was abandoned in favor of other priorities. Since 1847, the facade of the basilica has no arrow. 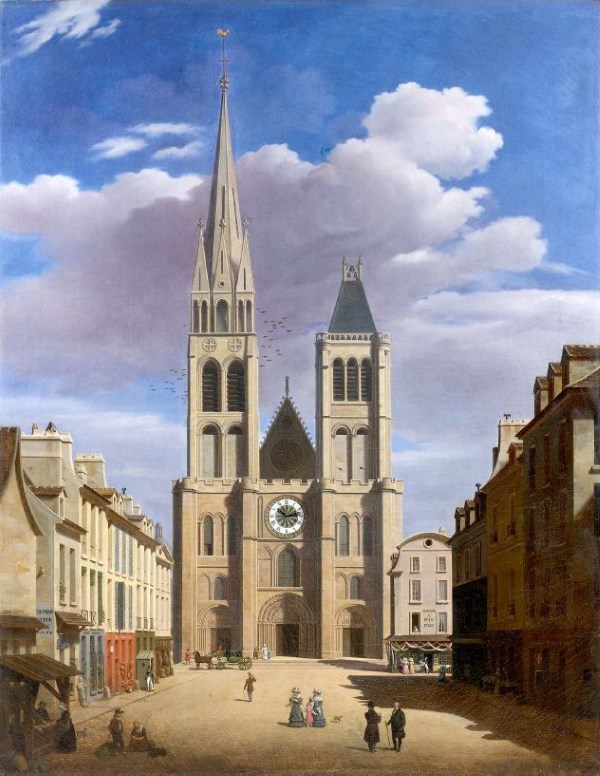 Before this demolition, the work done by François Debret had been accompanied by exceptionally complete records and attachments. These documents, preserved in the National Archives and the Heritage Library, represent the works with a remarkable level of detail. Other surveys were carried out during disassembly operations, to allow reassembly as faithful as possible. Thus, the facades of the tower and the spire are represented with their stone apparatus, quoted precisely, and all their details of execution. Other drawings give the internal elevations of the tower, those of the staircase, the pinnacles and the summit floret, the detail of the scales decorating the spire, and several sections indicate the exact location of each of the works. The archives even specify the tie rods or metal hooks that linked the stone seats between them. These documents are complemented by numerous sketches, photos that are among the incunabula of photography, and by the many stones deposited, which are still preserved in the back garden of the basilica. In a way that may seem paradoxical but is very real, the Saint-Denis spire is today more accurately and more fully documented than many medieval arrows that are still in place. Since the mid-nineteenth century,all the historical works dedicated to Saint-Denis regretted the disappearance of the spire, victim of a mediocre architectural quarrel. The idea of its reassembly was imposed gradually, to the point of becoming a real city objective. In 1987, Marcelin Berthelot, Mayor of Saint-Denis, officially launched the project. In 1991, a study was commissioned by the Ministry of Culture. It concluded to the perfect technical and scientific possibilities of the reconstruction of the spire.
Expression of all boldness, the great steeples have always been works whose strong symbolic value has been questioned by the relative fragility of their structures. At the same time that Debret worked in Saint-Denis, the architect Henri Labrouste dismantled the north tower of the collegiate church of Mantes, and it was his successor, Alphonse Durand, who successfully completed his re-assembly in 1851-53. When the great steeple of St. Mark of Venice collapsed in 1902, everyone agreed to rebuild it according to the provisions that made it one of the main historical components of the city. More recently, the reconstruction of the Warsaw and Dresden churches marked the rebirth of these cities that were victims of the last world war. Since 1964, the Venice Charter codifies the work done on the heritage buildings and rises against arbitrary additions or reconstructions. However, contrary to popular belief, it does not conflict with the reassembly of a well-documented ancient work. It is even under the Venice Charter that the Dresden Frauenkirche was recently rebuilt, with probably fewer ancient plans than the Saint-Denis spire, and it is by scrupulously adhering to the same charter that Hampton Court Gardens or Herrenhausen Gardens have been fully replanted.
Beyond the questions of doctrine, the reconstruction of the spire of Saint Denis has long been delayed by the expenses that such a work could represent. The agreement given by the Ministry of Culture was also conditioned by the absence of any financial assistance from the State, mobilized primarily for the restoration of the basilica. However, the recent experiences of the Hermione ship in Rochefort and Guédelon castle south of Paris have shown that exceptional projects could be a source of genuine public curiosity and generate attendance that could balance their costs. For eighteen years, the Guédelon medieval castle has attracted more than five million visitors, who have covered the expenses of a permanent team of forty people, as well as all the costs of building a large medieval castle. Accompanied by a high-level scientific committee, this project also helped to find techniques and working methods that now benefit traditional restorations. By taking advantage of this experience and benefiting from the location of Saint-Denis in the heart of Grand Paris, the public opening of the construction site will develop an unparalleled educational appeal. This project will increase the number of visits of the basilica. To meet the expectations of the city, while respecting the charter of Venice, the project is not therefore to rebuild an arrow in Saint-Denis, but to go up the old arrow of the basilica. At the same time, the possibility of carrying out the project without public funding also depends on the historical conformity of the structure. Indeed, only a site showing the ancient techniques of size and implementation of the stones is able to attract visitors curious to understand the reality of a medieval construction site. The project’s compliance with its historical provisions is directly linked to its self-financing capacity. The project consists of raising the spire exactly as it was restored by architect François Debret in 1837-1838. With the restoration of spire, the western facade will present a coherent aspect, testimony to the abbey as it was in the twelfth and thirteenth centuries. Churches in Paris. 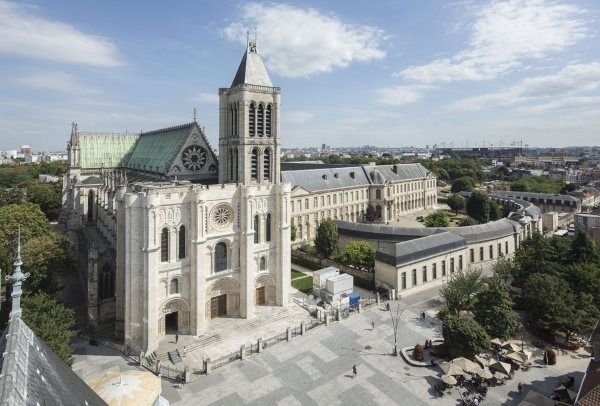