Centenary of Sacré-Coeur in Montmartre


"This is where the martyrs are, it is here that the Sacred Heart must reign! ". These powerful words of the cardinal-archbishop of Paris, Mgr Joseph Hippolyte Guibert (1802-1886) were instrumental in the construction of the Sacré-Coeur Basilica. From October 20, 2019 to October 18, 2020, the basilica celebrates the centenary of its consecration. Around 475, Saint Genevieve had a church built on the very spot where Saint-Denis, the first bishop of Paris, was beheaded and gave his last testimony of faith and love to Jesus Christ, Son of God. 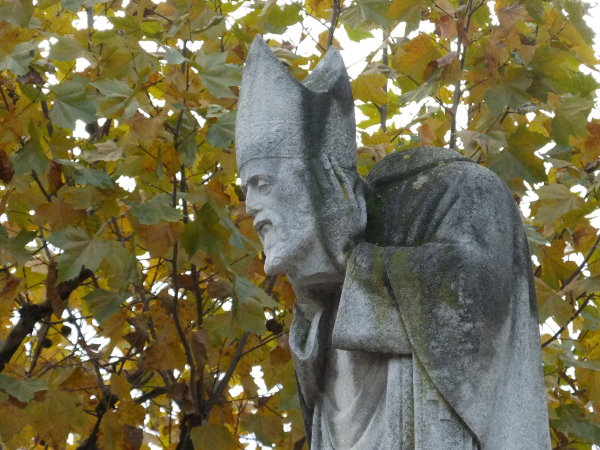 In the ninth century, the building that threatened ruin was rebuilt. Subsequently, until the French Revolution, the church became a convent of Benedictine nuns, dedicated to the Virgin Mary. The metropolitan station "Abbesses", in Montmartre, still bears witness to this monastic presence, as do the streets of Rochechouart and La Tour d’Auvergne, which bear the names of superiors of the monastery that has disappeared today. And for good reason: dispersed by the French Revolution, the Benedictines saw their monastery pillaged and destroyed from top to bottom in 1792. At the height of the Terror, the last abbess, Marie-Louise de Montmorency-Laval, climbed on the guillotine on July 24, 1794. "Her blood allowed the resurrection of religious life which will took place eighty years later on the sacred hillock ", says the site of the Basilica.

In 1870, Garibaldi seized Rome and Pope Pius IX, robbed of his states, took refuge on the Vatican hill. At the same time, the Second Empire collapsed in the face of Prussia, which invaded France. France, vanquished and humiliated, was amputated of Alsace and Lorraine. The City of Lights was in the grip of the revolutionary agitation of the Paris Commune. This one was established as a follow-up of the riots of March 1871 which took place in Montmartre, where two generals were assassinated.

In this tragic situation, two men of faith launched the "national vow", a patriotic confraternity which particular purpose was to achieve the consecration of France to the Sacred Heart, according to the latter’s request to St. Margaret Mary, on June 17 1689. Refugees in Poitiers, supported by Cardinal Pie, the entrepreneur Alexandre Legentil and his brother-in-law, the painter Hubert Rohault de Fleury, campaigned to build a sanctuary in honor of the Sacred Heart. The national wish drafted by Alexandre Legentil stated: "In the presence of the misfortunes which are desolating France and the greater misfortunes perhaps, which still threaten it; in the presence of the sacrilegious attacks committed in Rome against the rights of the Church and the Holy See, and against the sacred person of the Vicar of Jesus Christ, we humble ourselves before God and, united in our love of the Church and of our homeland, we recognize that we have been guilty and justly punished. And to make amends for our sins and to obtain from the infinite mercy of the Sacred Heart of Our Lord Jesus Christ the forgiveness of our sins as well as the extraordinary help that alone can deliver the Sovereign Pontiff from his captivity and put an end to the misfortunes of France, we promise to contribute to the erection in Paris of a sanctuary dedicated to the Sacred Heart of Jesus ".

On January 18, 1872, Bishop Guibert approved the initiative to build a church dedicated to the Sacred Heart and chose as a location the summit of the Mont des Martyrs - Montmartre - which dominates Paris. He exclaimed: "It is here that the martyrs are, it is here that the Sacred Heart must reign, in order to attract everything to Him ... At the top of the hill where Christianity was born among us, in the blood of our first apostles, must be the monument of our religious regeneration. " 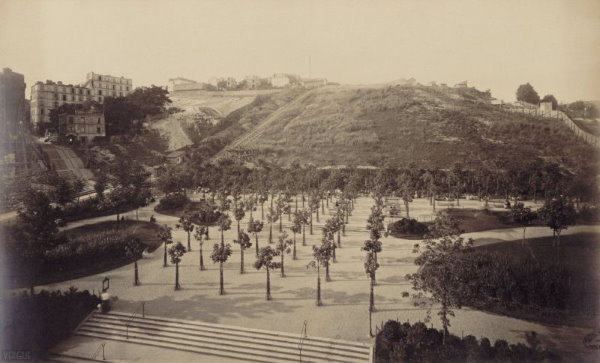 In order to acquire the necessary land, the promoters of the project turned to the National Assembly, which voted, on July 24, 1873, the recognition of public utility of this grandiose project. The church would be dedicated to the Sacred Heart – Sacré-Coeur in French – at the top of Montmartre’s hill, in repair for all the national faults - "Gallia poenitens and devota". On June 16, 1875, Cardinal Guibert laid the foundation stone of the building. The site would experience many adventures and vicissitudes.

The consecration, scheduled for October 17, 1914, was postponed because of the entry into WW1. It was finally on October 16, 1919, a hundred years ago, that Cardinal Amette, archbishop of Paris, consecrated the building to the worship of God, under the presidency of Cardinal Antonio Vico, then prefect of the Sacred Congregation of Rites and Legates of Pope Benedict XV. 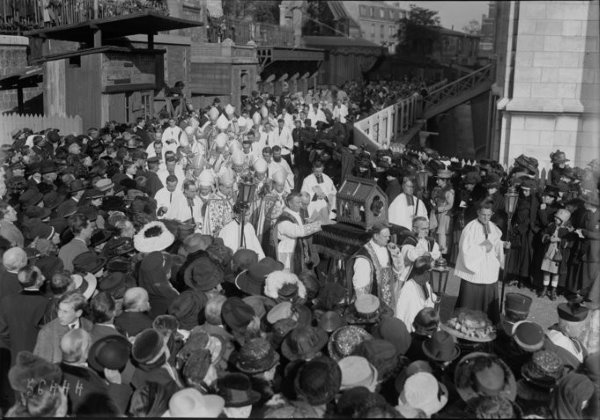 To welcome this centenary, a jubilee year was decreed between October 20, 2019 and October 18, 2020. Add that since August 1, 1885, Eucharistic adoration has been going on uninterruptedly, day and night, in the silence, in order to bring to Heaven a long prayer for Paris, France and the Church. Begun in a temporary chapel built next to the construction site, perpetual Eucharistic adoration was never interrupted, including during the bombings of April 1944. 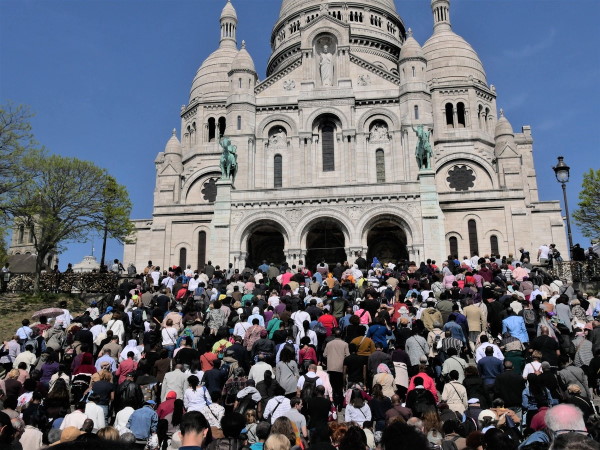