The 2019 Roland-Garros tennis tournament is taking place from May 20th until June 9th 2019 . While the entire Roland-Garros organizing team is mobilized to make a success of this world famous sport event, another team is busy delivering a spectacularly revamped Roland-Garros stadium for 2020. 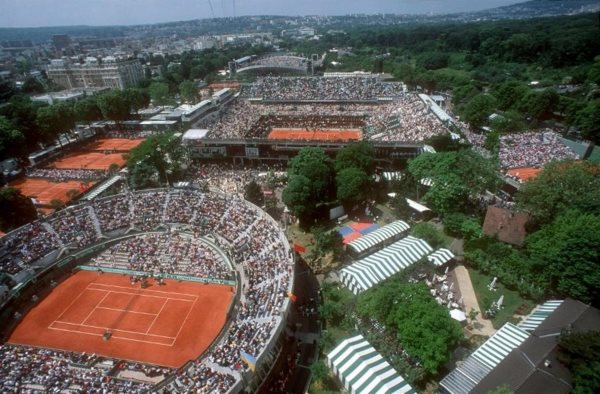 The organizer of the Roland-Garros tournament, the French Federation of Tennis (FFT), is at the origin of the stadium modernization project. Roland-Garros stadium had become much too small and it was not functional enough compared to its big international competitors such as Winbledon and Flushing Meadows. The Philippe-Chatrier central court at the center of Roland-Garros map below had no roof, a big problem when it rains. The Place des Mousquetaires, the central meeting point below it on the map, was much too small and the offices were outdated.

Among other scenarios, the decision was taken in 2011 to keep the exceptional location of Roland-Garros stadium on the edge of Bois de Boulogne. This scenario extends the stadium into Serres d’Auteuil, a wonderful botanical garden next to the stadium on the right, and relocates there the tennis court n°1. It has been the key factor leading to a huge controversy and multiple court challenges to the project, now cleared. The FFT is the contracting authority for all Roland-Garros works for a total cost of 360 million euros. It self-finances these costs at close to 95%. Owner of the site and responsible for the urban development, the City of Paris has supported the project since the beginning. It subsidizes the project up to 20 million euros. The most spectacular elements of Roland-Garros project shown on the map below are the retractable roof of the Philippe-Chatrier court (2020), which will allow to hold the competitions whatever the weather, the new Court Simone Mathieu in Serres d’Auteuil on the right of the map, which is now harmoniously integrated into the garden and the new Les Mousquetaires central square at the center of the map, which will become an open esplanade of one hectare. The new Roland-Garros stadium will be one of the major equipments of the Paris 2024 Olympic Games.

The capacity of the new Philippe-Chatrier court, shown below, is maintained at 15 000 seats and the refitting of the stands offers better comfort and better visibility to the spectators. New spaces are created under the stands, especially for players and the media. The retractable roof of Philippe-Chatrier court takes up the symbolism of the biplane of the aviator Roland-Garros: its shape and structure have been reworked like an airplane wing. It is made of steel and translucent and waterproof canvas; and can be deployed in about fifteen minutes. It allows the Philippe-Chatrier court to maintain its status as an outdoor stadium, bathed in light and sun, while allowing the continuation of the game during bad weather and the holding of evening sessions.

The current Place des Mousquetaires, which became too small, takes on a new dimension in the new Roland-Garros. Redeveloped into a vast green esplanade of nearly one hectare in the heart of the stadium, the new place des Mousquetaires will air the site and promote the fluidity of travel during the tournament, especially when switching from day sessions to evening sessions. Installed on the east side of Central Court, a giant screen will allow to follow live the matches throughout the fortnight. During the rest of the year, outside the tournament, the square will be open to the public on the model of a Parisian square, offering the neighborhood a new breathing space of nearly one hectare.

In replacement of the current court n°1, to enlarge the Place des Mouquetaires, a new court called Simonne-Mathieu was built in the south-east part of Serres d’Auteuil, in place of greenhouses devoid of any particular architectural interest contrary to the other greenhouses there. On March 21st 2019, it was inaugurated in the presence of Anne Hidaldo, Mayor of Paris, Bernard Giudicelli, president of the French Tennis Federation, Nicolas Sarkozy, former president of the Republic, Danièle Giazzi, mayor of the sixteenth borough, and Bertrand Mathieu, grandson of Simonne Mathieu. The French Tennis Federation and the City from Paris have chosen to render tribute to the tennis player Simonne Mathieu, resistant and captain of the free French Forces. She won the tournament of Roland Garros in 1938 and 1939 and is until today the second French woman player most awarded with titles after Suzanne Lenglen. Located in the southeastern part of the Gardens of Serres d’Auteuil, this court is a true vegetal ecosystem unique in the world. It constitutes one of the great attractions of Roland Garros 2019. A third of the stadium capacity (5000 seats) is half-buried and enshrined between four greenhouses with evocative botanical collections of tropical flora from South America, Africa, Southeast Asia and Australia. These new greenhouses are inspired by the architecture of the adjacent historic greenhouses designed by Formigé and are in perfect harmony with the Gardens. From the 21st of June, these contemporary greenhouses will be accessible to the general public all year long. Visitors will discover more than 1000 plants of more than 500 species. A project that is part of the renewal of the Botanical Garden. Paris is moving forward. The revamped Roland-Garros stadium will be another spectacular venue of the city in 2020. 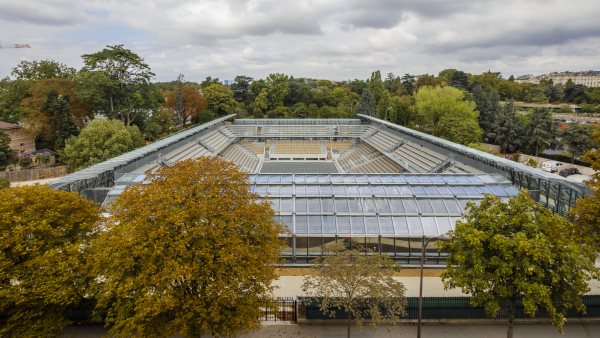