Pierre Hermé, The king of macaroons


Sacred best pastry chef in the world by the World’s 50 Best Restaurants, Frenchman Pierre Hermé has built his sweet empire on its macaroons with associations of new flavors, acclaimed by gourmets in Paris, Tokyo or Dubai. Coming from a line of four generations of bakers, the "Pastry Picasso" as he is called for his creativity, has 47 stores in 12 countries. At 54 years, he has his wax statue at the Musée Grévin and his name in the Larousse dictionary. 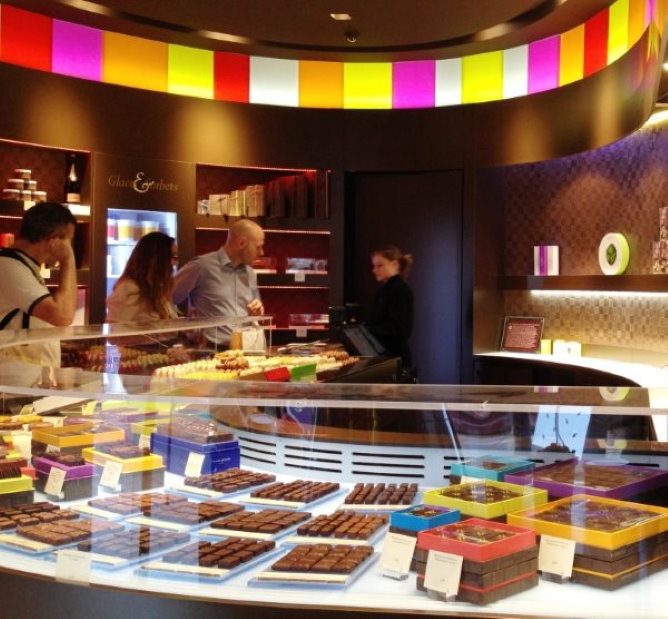 His collections of chocolates, pies and cakes are constantly renewed,. But Pierre Hermé is best known for his macaroons, small cakes whose body is formed of two biscuits with almond powder and the heart a scented cream. A sweetness that Pierre Hermé, who began his career at 14 years with Gaston Lenôtre, in 1976, before joining Fauchon a few years later, did not like at first. "I thought it was too sweet," he says. "What made me want to work the macaroon is that there was not much choice, just coffee, chocolate, vanilla. I thought there was really a field of creativity to explore, "he says. In the 1980s he embarked on inventive associations of flavors, "to make the taste of the macaroon more playful". Their taste is all the more intense as the filling is generous, explains the pastry chef who also worked at Ladurée, a house also famous for this little cake. Web site. Food stores in Paris. 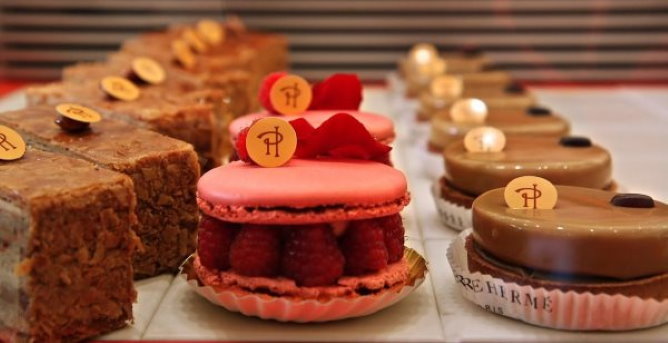 Pierre Hermé celebrated 2019 Christmas and his 10-year partnership with Le Royal Monceau Raffles 5 star Paris hotel with the Agapé Yule log. This creation took us into the magical world of Christmas markets. The Yule log lead into the workings of a Ferris wheel, made from chocolate, filled with macarons, nougat, chocolate bonbons and caramels. 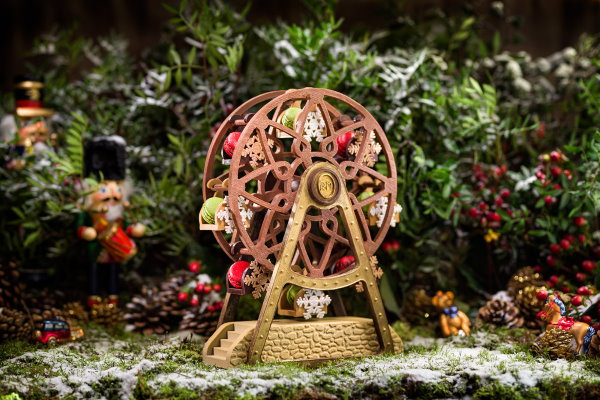 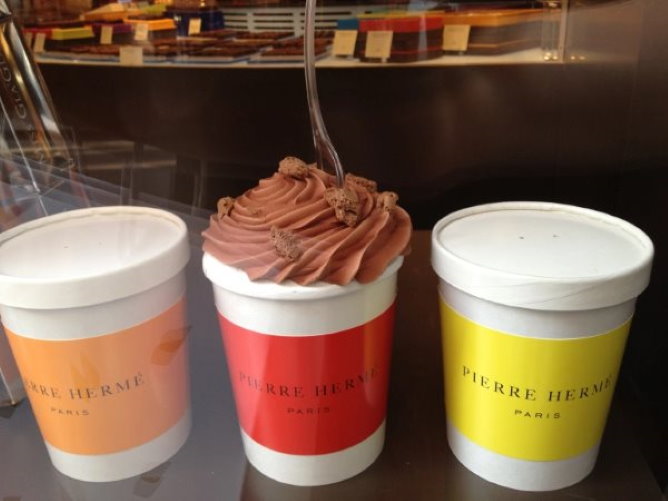