Frenchman Baron Pierre de Coubertin was the man behind the revival of the Olympics Games which were first held in Athens in 1896. The 1900 and 1924 Olympics Games were held in Paris. Exactly one century later, the City of Lights will organize again the games. Paris intends to make the Games desirable again. After decades of waste, excess spending and official corruption, Paris is promising a return to reason with sober games in 2024. Paris wants to set an example that will convince potential host cities that the Olympics aren’t a recipe for trouble, a badly needed initiative to find host cities in the future. Built near the Stade de France, the aquatics centre will be the only competition venue built specifically for the Olympics. All other competition venues are existing or had been planned already. The Olympics games will be an accelerator to the Grand Paris plan launched by French President Nicolas Sarkozy, including a gigantic new metro ring around Paris and the revitalization of decaying urban areas specially around the City of Saint-Denis, north of Paris. As the most touristic city in the world, Paris chose spectacular locations to hold competitions : the lawns in front of Les Invalides for archery, the Eiffel Tower for beach volleyball, the Grand Palais for taekwondo and the Palace of Versailles for equestrian competitions. Open-water and triathlon swimming will be held in the scenic Seine River. The basket-ball competitions will be held in Bercy Arena. 2024 Olympics web site. Sports in Paris. 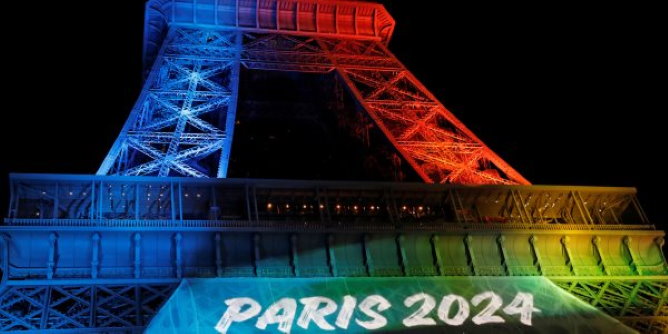 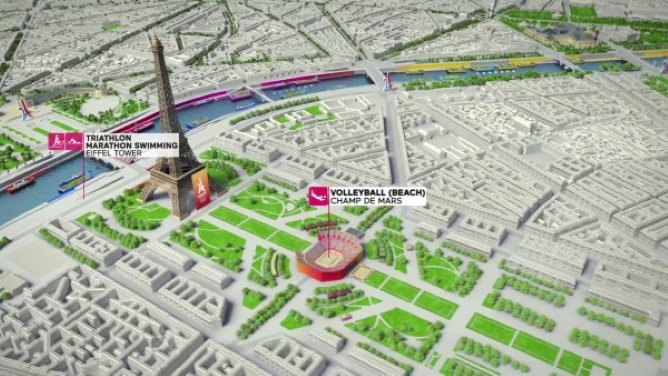 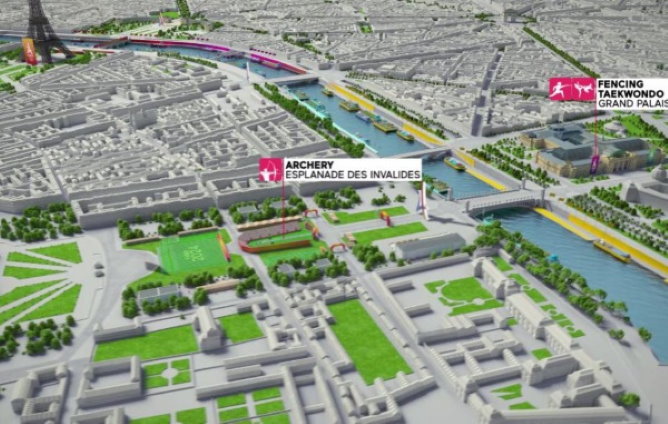